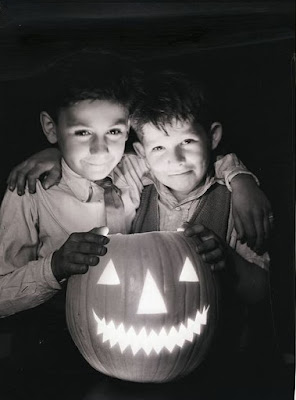 It's still a ghoulishly good time for most, but no one can argue that Halloween has lost some of its innocence over the years. I still enjoy it, although the costumes have gotten more elaborate or naughty. I have long told friends I'm glad I grew up when I did to be able to enjoy the magical feeling Halloween always had. Parents are now opting for organized celebrations rather than the traditional night out trick or treating. 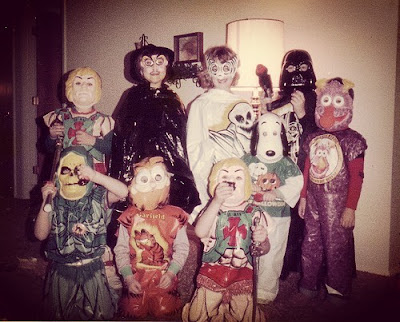 It's still the spookiest night of the year. Some say the night derives from evil. Spirits of those who had died throughout the preceding year would come back on All Hallows Eve in search of living bodies to possess. Their only chance at the afterlife. Another account is that it's a celebration of Roman traditions, such as their day to honor Pomona, the Roman Goddess of fruit and trees, which might explain the origin of bobbing for apples on Halloween.
Whatever the story, we enjoy scaring the daylights out of each other for one night a year. The problem now is, things have changed, because of abductions, drunk driving, poisoned or tainted candy and terrorist attacks. There are real concerns for moms and dads today. It's a shame really. I can remember us kids getting excited weeks before, but then we would almost wet ourselves with excitement when we would see those famous boxed costume sets start stocking the shelves. The big decision would be what character would be lucky enough to be selected to wear for the night. And then there was the trouble of trying to keep it quiet from everybody.  And come the night, the town would be filled with kids scurrying the streets, with there Halloween themed bag, or an actual plastic jack o' lantern. Luckily here in town, Halloween is HUGE business, so packed, that many streets in New Hope, Doylestown and Lambertville close down. It's great to see, and we have trick or treat actually on Halloween. Back in the day I did everything from Spiderman, 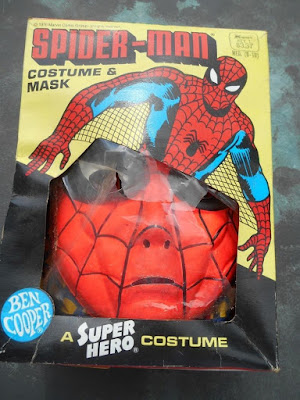 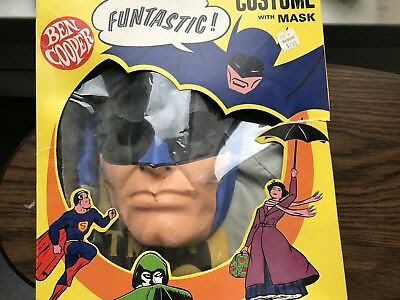 .it was the chiseled jawline that excited me, and then came the Fairy Princess. 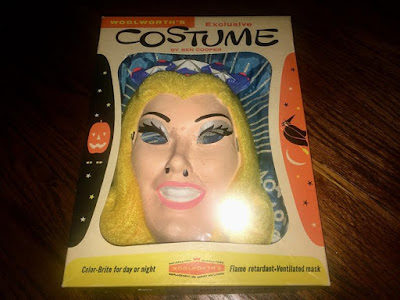 Yeah, we should have known then.One year I did Casper. We were relieved to see that it was FLAME retardant!!!! 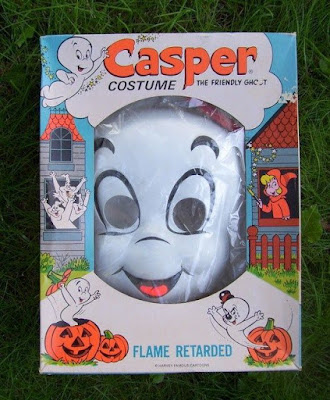 The problem was by the end of the night the crotch would usually give and start ripping down the leg, and the mask would be saved for something or other. Of course when I got older I remember the hot neighbor kid coming over. He asked one year why I was going as a tent?!?! I told him I was a ghost!!!!

Do you have any costumes you remember the most, or good Halloween memories? Any guesses on what I might be for the Halloween party later tonight?????

How's about a Halloween interlude.....
Posted by Mistress Maddie

Email ThisBlogThis!Share to TwitterShare to FacebookShare to Pinterest
Labels: Halloween