STOP THE CAR!!!!!! I SMELL AN IGNORANT BITCH 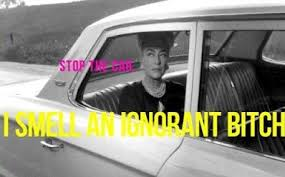 Have you ever taken the quizzes where you find out what superhero or villain you'd be? I have taken three at different times, and it always comes back as Poison Ivy. Now I know she may come across as a bit crazy and diabolical, I TOTALLY fill her shoes. I feel as humans, we are totally ignorant, and plain don't care about the environment, the land, plants and other species... and taking more and more land, because were dumb idoits that don't know how to repurpose old buildings and land already developed, and control our over population. We just keep wiping everything out, or killing it off...to clear land, trophy hunt and such. I may come across as sweet, but my close friends know I can get very nuts, and side with earth and animals before humans. I can't tell you how many petitions I've signed for various causes. If I had her albities to create and control plants and let loose Triffids, and let animals take back the earth over humans...I'd be right there. I would be very vengeful. And our lovely current regime would not like me. It's no surprise our current one doesn't see how much damage their doing.  President Dump and his administration wants to roll back critical protections for endangered species. Interior Department Secretary Ryan Zinke proposed a set of changes last week to the 45-year-old Endangered Species Act , which could undermine the basis of the law and put a number of endangered species, like the beautiful grey wolf,  at risk of extinction.  Zinke has said the changes are intended to "streamline" the policy, but the proposal would in practice gut the law of most of its power.  One major change would involve how the decision to list an animal as endangered is made. Zinke wants to remove language that instructs policymakers to avoid economic considerations in choosing which animals to protect. So under his proposed changes, the decision-making process could take into account the economic impact of listing a species as endangered, rather than relying solely on ecological considerations. 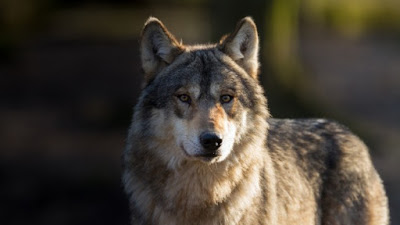 A second change has to do with the difference between species listed as threatened and those that are endangered. Currently, the ESA affords the same protections to both. But Zinke wants to end that — which would remove protections from threatened species and potentially undermine decades of effort to restore their populations.  Third, Zinke's proposed changes would make it more difficult for a species to be listed as threatened in the first place.  Congress has also proposed some rollbacks of the ESA. When it was signed into law in 1973, the Act put scientists and other experts in charge of the process to establish which species should be listed and which habitats to protect. But various proposed measures in the House and Senate aim to give state governments more influence over these decisions while weakening the role of scientists. In practice, that could allow state governments that rely on habitat-disrupting industries like mining to give greater concessions to those groups.
The ESA is credited with bringing back a number of charismatic species from the brink of extinction, like humpback whales, gray wolves, peregrine falcons, and many others. And not only did the dumb ass put Zinke in charge but back in 2017 he also appointed some conservative, nerdy looking evil bitch by the name Susan Combs...Assistant Secretary of the interior, who hails from guess where...Texas of course. In her position she over sees the list for endangered species, but the one major problem with that is Susan Combs absolutely hates endangered species, doesn't think we should even have a list, and doesn't think we should have to work around them when we're trying to do things.She used her authority to oppose any Endangered Species Act protections, often teaming with the oil and gas industry. Combs along with the fat stupid bastard and his croonies,  will only work to strip away critical protections for our most vulnerable animals, not protect them. As long as  these users, and greed mongers are in charge and their industry pals make a profit, she won’t think twice about letting a species go extinct.

Should I ever past one of these sorry excuses on the street injured crying for help and service, as a matter of life or death...don't expect me to do a damn thing. They can lie there and suffer. They can eat dirt and die trash. This video speaks volumes.
Posted by Mistress Maddie