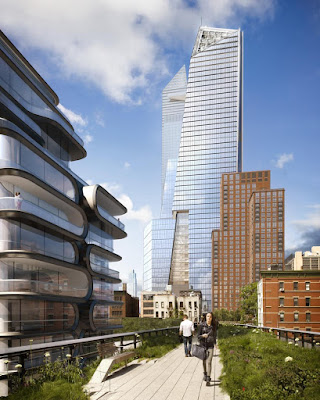 Most of last week was spent in New York City as we had summer visual planning meetings and prototypes, and then I took two days off before the weekend. A good friend of mine who is in hr for the new Neiman Marcus invited me for a private tour of the new store, and the opening party for it. So I got me a room at the Whitby , and on my first day spent exploring to myself the new hot spot of New York.....Hudson Yards. Most of these type of landmark buildings and area were long established before my time, so it was rather cool, intriguing, and exciting to see this place for the first time and so fresh.Hudson Yards is opened on Manhattan’s far West Side. Related Companies pulled out all the stops for Hudson Yards, which has gone down as the the largest private real estate development in the United States history by square footage 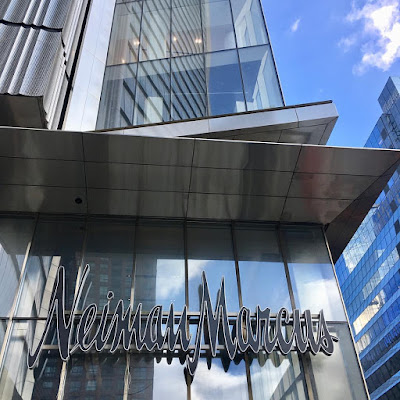 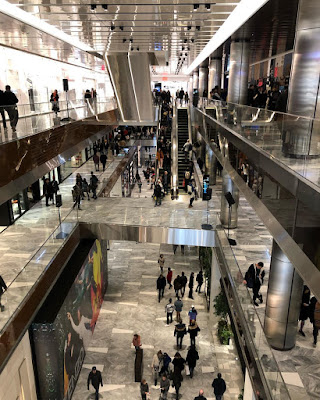 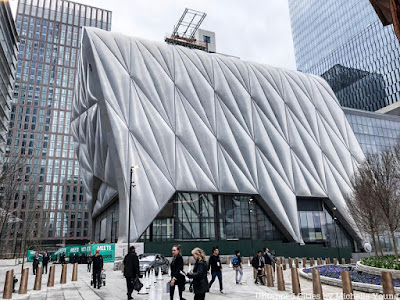 I couldn't resist this picture for Bob.

So far within the Hudson Yards is a seven story retail shopping plaza, several apartment and penthouse high-rises, several corporate headquarter buildings, a cultural arts and performing center and the piece dela resistance of the Yards.... The Vessel which will surely stand the test of time here at Hudson Yards, whatever your opinion of the design may be. It will be the draw that brings people to Hudson Yards in the here and now. It will certainly be one of the most photographed places in New York City, and already has been, and it will likely enter the anthology of landmarks that define the city.The elaborate, cooper-gleaming honeycomb-like structure rises 16 stories and consists of 154 flights of stairs, 2,500 steps, and 80 landings that visitors can climb. Designed by the British designer Thomas Heatherwick  It is, in a word, striking. Did I mention the climb is really fun, what an exercise, and the views are great? 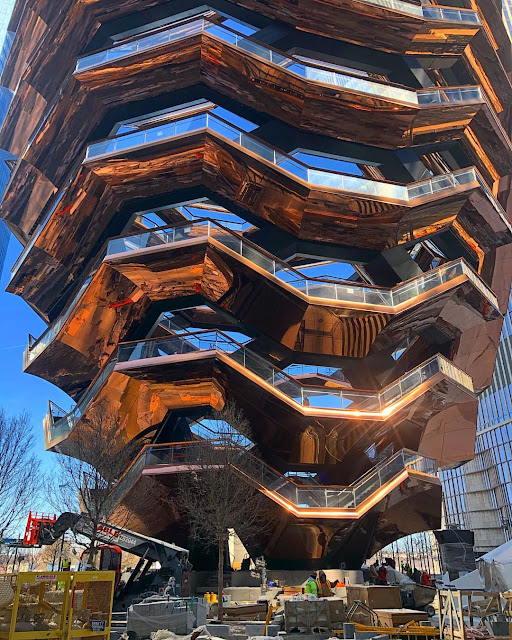 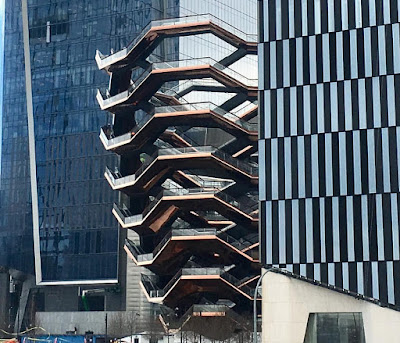 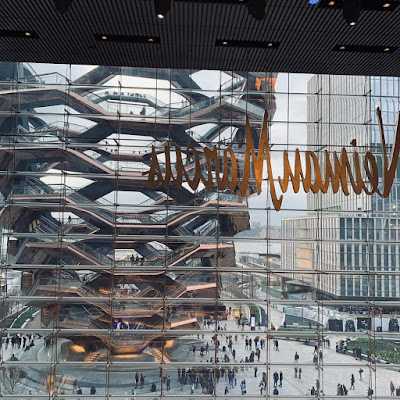 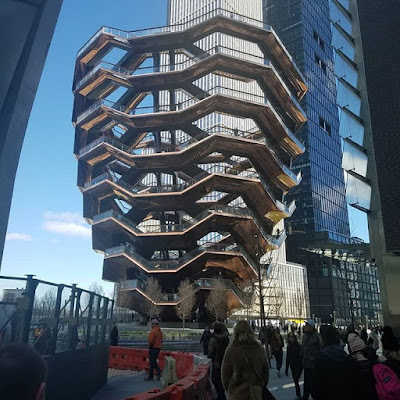 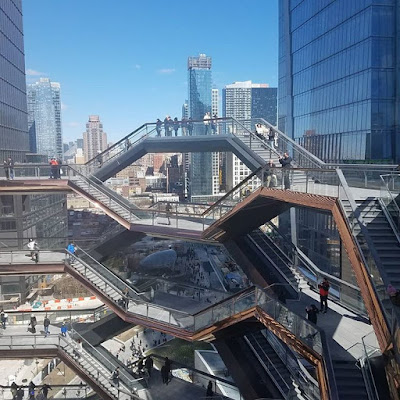 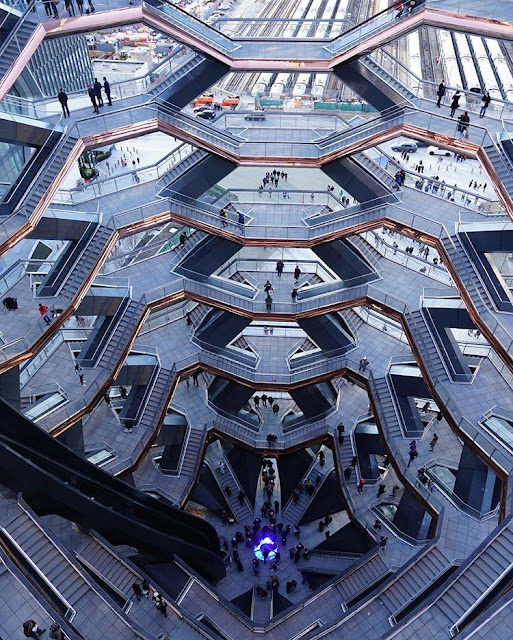 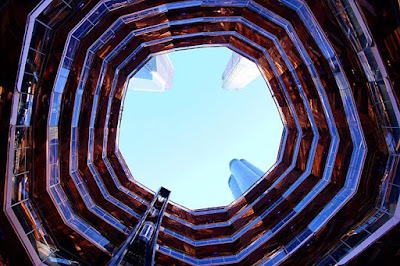 The day ended on a entertaining one too... in the village....that mess Lady Bunny was spinning at happy hour.
More on my tour and party at Neiman's in a few.
Posted by Mistress Maddie