ALL HAIL THE KINGS 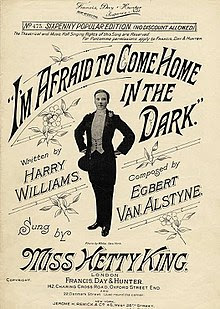 With January coming to an end, it also brings Drag History to yet another year of installments. And to close the month out. I's be remised if we didn't feature some Drag Kings, who I feel never really garner the notiety and space given like us drag queens. And their history, is just as long as ours, but didn't reach it's main stream till much later. If you ever have a chance to catch a show, go see them. One of my favorites is the talented and funny Murray Hill, I adore his style. 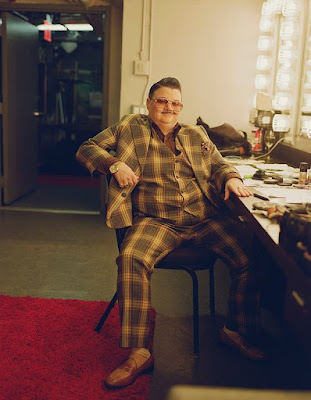 Drag kings are mostly female performance artists who dress in masculine drag and personify male gender stereotypes as part of an individual or group routine.They may be lesbian, bisexual, transgender, genderqueer, or otherwise part of the LGBT community. They may also be straight. A typical drag show may incorporate dancing, acting, stand-up comedy, and singing, either live or lip-synching to pre-recorded tracks.Drag kings often perform as exaggeratedly macho male characters, portray marginalized masculinities such as construction workers, rappers, or they will impersonate male celebrities.While the term drag king was first cited in print in 1972, there is a longer history of female performers dressing in male attire. In theatre and opera there was a tradition of breeches roles . 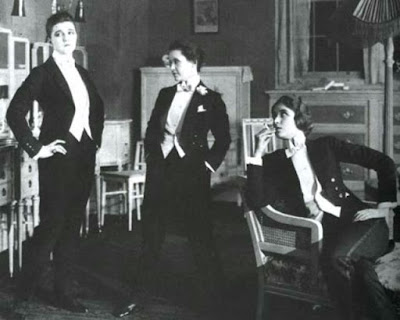 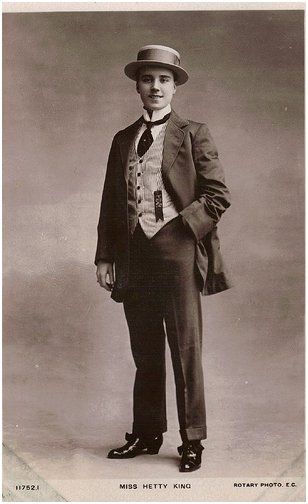 Actress and playwright Susanna Centlivre appeared in breeches roles around 1700. The first popular male impersonator in U.S. theater was Annie Hindle, who started performing in New York in 1867; in 1886 she married her dresser, Annie Ryan. British music hall performer Vesta Tilley was active in the late 19th and early 20th centuries as a male impersonator. And of course there was Stormé DeLarverie, who performed in male drag along with female impersonators at the Jewel Box Revue in the 1950s and 1960s, as documented in the film Storme: The Lady of the Jewel Box.DeLarverie was also a veteran of the Stonewall riots. 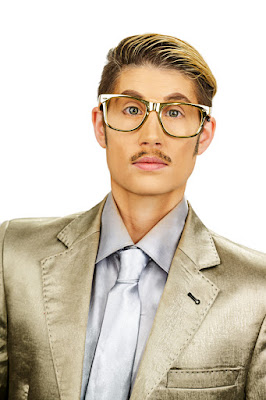 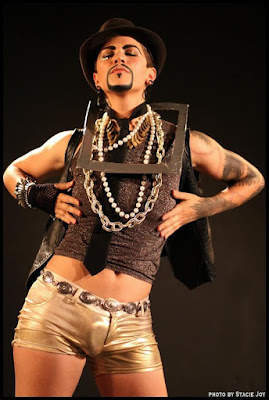 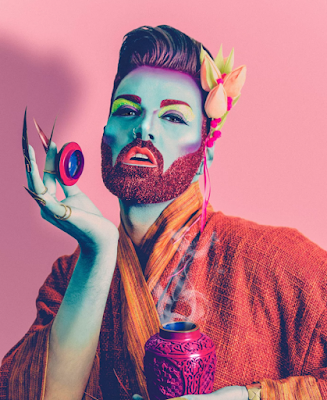 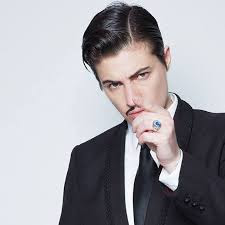 Rocca D Amore
Unlike drag queens, who pride themselves on making individual names for themselves and creating a "lineage," drag kings tend to form  performance groups. While they may join houses and maintain a solo persona, this is increasingly rare in the drag king community. Many troupes are created out of the desire to forge a cohesive unit in order to book shows and performances. However, there are more and more drag kings now branching away from the troupe stereotypes, and performing individually. Drag king shows are becoming easier to find finally,  and individual kings are getting bookings outside of the 'king shows' and finally sharing the stages with their drag queen counterparts. But's it's taken a long time.
Drag kings are largely a phenomenon of lesbian culture and can most often be seen at lesbian bars or festivals. However, not all drag kings are lesbians, and some participants in the drag king subculture are not otherwise involved in lesbian culture, society, or politics. Drag kings are a diverse group, making difficult to find something universal that all drag kings have in common. 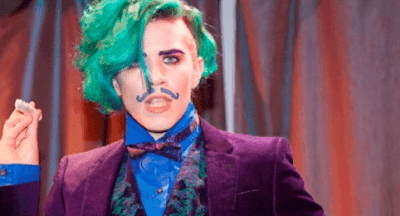 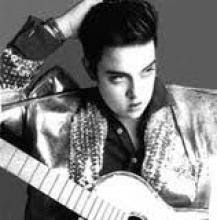 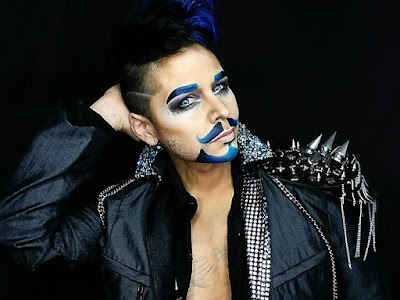 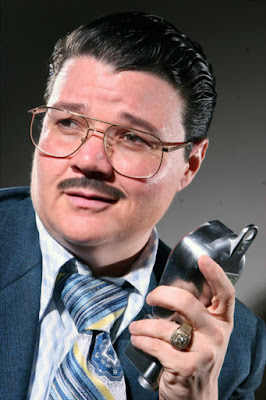 Murray Hill
According to drag kings Lee VaLone and K. James the divide between queens and kings is a problem that pre-dates the age of RuPaul’s Drag Race and has badly damaged drag culture. As members of Switch n Play, a Brooklyn drag alliance committed to “creating safe space for drag, burlesque and other gender-based performance,” VaLone and James are well versed in the city’s drag history. In the 1990s, kings were very strong in New York,but then there was so much shaming from the drag queen community that the king movement stopped and moved elsewhere When queens gained power and popularity in the early aughts, they began to dominate queer spaces.. As a result, the king community in New York today is so small that it has been rendered nearly invisible. Of course, there are still a few highly successful New York kings like Murray Hill, but the rich community of kings behind them has all but disappeared.
It’s disappointing to hear about drag queens creating unwelcoming queer spaces, especially when they make such a fuss about celebrating diversity. Older friends of mine tell me that New York nightlife used to be a potluck where all kinds of drag and burlesque came together without all the segregation. Crimson Kitty has become a poster child for what she calls “drag equality,” and the infinite diversity within the drag world. I like her vision for a unified drag community, in which creative energy is freely exchanged among kings, queens, and everything in between. She imagines a drag culture where gender performers see only what they have in common. “Drag performers should realize we’re all doing the same job—nightlife...and it is our job, and our makeup is our uniform.”
And I believe she would be right.
Here's a fascinating video with three talented kings talking, not to mention some of Murray's funny commentary.
Posted by Mistress Maddie