Fasnacht Day: who wouldn't appreciate a holiday revolving around frying and eating doughnuts? And if our Eros is reading....I warn you to grab your napkin and let the drooling begin. 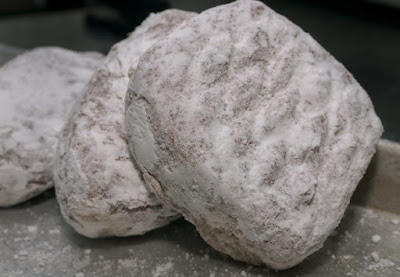 Otherwise known as “Fat Tuesday”, for a Pennsylvania resident, today is fastnacht day. We here in Pennsylvania  drinking cocktails. We like drinking as much as we like doughnuts. 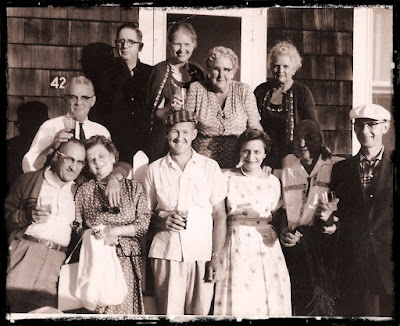 The religious call it Shrove’s Tuesday...it’s the day Lutheran’s clean their larder of all fats, and live a clean un-fatted life until Easter. I see the Fat Tuesday similarities. Don’t you?

These Shrove Tuesday treats, known as fasnachts, or faschnacht-kichli in Pennsylvania Dutch, are deep-fried cakes originally made of risen dough from flour and finely mashed potatoes. Fasnachts are fried every year in communities across Pennsylvania, the United States and Europe as a final hurrah to usher in the somber season of Lent. There are many recipes and ways to enjoy fasnachts. These are the ones I got to take into work today. 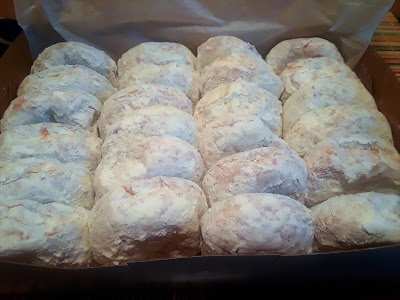 I get from a local farm, and they are like eating air!!!! This year I got three dozen. Two for work and one for myself. What a pig right? Soooooo good. Some families, churches, and ladies auxiliary clubs make them according to regionally specific recipes, while some commercial establishments make them without potatoes. I can remember when I was very young, and staying with my grandmother. She and her church lady friends would make hundreds of these down at the church and would have at the ladies function that afternoon and would also sell in brown bags. There were many advantages then to hanging around her dress skirts!!!! Some years she made them in her own kitchen, to give to our family and the whole neighborhood. Some use baking powder rather than yeast to make a regional variety called "kickers," after the western Lehigh and eastern Berks Pennsylvania Dutch word "kichliche" (little cakes). Some enjoy them dipped in molasses or syrup, dusted in powdered sugar, or "just so." For many, fasnachts are fried in oil or vegetable shortening, while some prefer the traditional flavor of home-rendered lard. 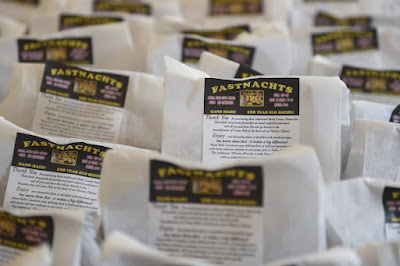 Traditionally, fastnachts are made to use up the lard, sugar, butter, eggs and other rich foods in a house before the austere diet of Lent begins. In Catholic and Protestant countries, Fastnacht Day is also called "Fat Tuesday," or "Mardi Gras," a name which predates the Reformation and referred to the Christian tradition of eating rich foods before the Lenten fast began. The word "fastnacht" means "the night before the fast," since the doughnuts are eaten the night before Lent, when fasting is usually observed by many Christians until Easter Sunday. Making and eating fastnachts was a way to consume all the fats, such as butter and lard and sugars, kept in the house pantry, as these rich ingredients were seen as lavish and were not supposed to be eaten during the Lenten season. 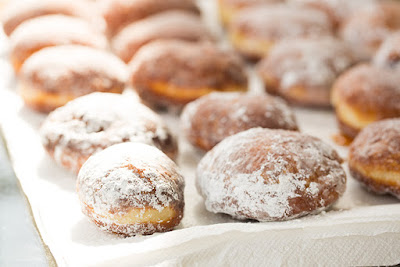 So get out there and eat a doughnut, and repent.
Posted by Mistress Maddie at 8:35 AM