CHECKING IN AT THE HOTEL CORTEZ 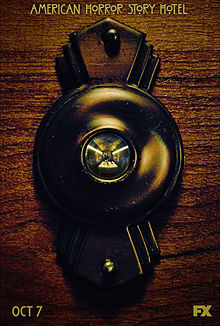 Are you wetting yourself with anticipation with the premiere of American Horror Story Hotel tomorrow night yet!?!
Well, I'm more than ready to check in for what looks like a very promising season. I was a bit leary of the talented Jessica Lange not coming back, and Gaga is not known for acting chops, but from the trailers coming fast and furious, she actually looks like she may be pretty campy and entertaining. In the last week, much has opened up now on the premises. To me,  I'm getting a campier, more fabulous and twisted Overlook Hotel from the Shining. The plot centers around the enigmatic Hotel Cortez in Los Angeles, California, that catches the eye of an intrepid homicide detective. The Cortez is host to the strange and bizarre, spearheaded by its owner, The Countess, who is a bloodsucking fashionista. This season will feature two murderous threats in the form of The Ten Commandments Killer, a serial offender that justifies his actions in accordance with biblical teachings; and The Addiction Demon, who roams the hotel, armed with a drill bit dildo. THAT should be entertaining! The season will also be interconnected to the first season, and will feature an appearance by the Murder House and its realtor Marcy, played again by the funny Christine Estabrook.
Being a big American Horror Story freak, I panicked and read through the list so fast I thought my eyeballs were going to fall out of my head. Despite some interesting changes, overall, I'm super excited about who they chose to star this season! 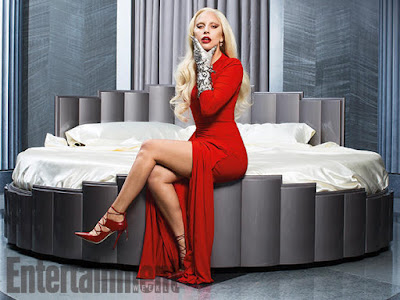 Gaga's character, Elizabeth/The Countess, is a fashion icon and owner of the Hotel Cortez. Created as a glamorous socialite character, The Countess maintains her beauty by imbibing human blood. 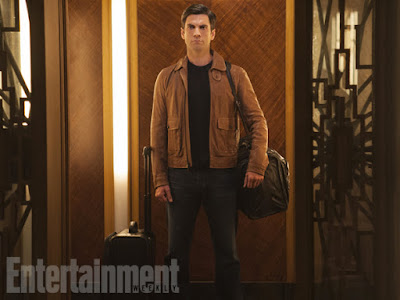 Wes Bentley, a detective, John Lowe, is investigating a series of brutal murders in Los Angeles, when he receives an enigmatic tip pointing him to the mysterious Hotel Cortez. 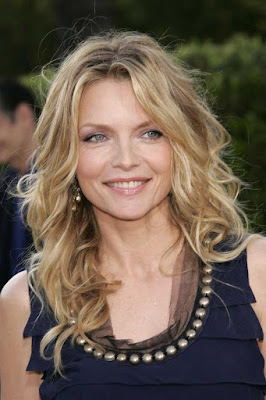 Rumors are swirling, though still not confirmed, Michelle Pfeiffer will be portraying one of the hotel's previous owners, Martina McBride! If this is true it would be a really cool change to the cast;Pfeiffer is iconic and a welcome breath of fresh air! 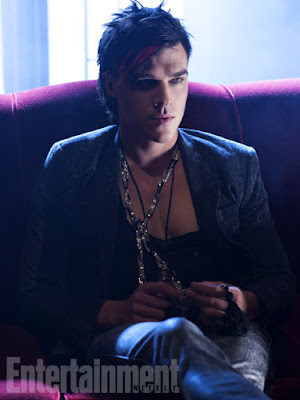 Finn Wittrock, the handsome devil made his debut on AHS as the adorably insane Dandy Mott, and he returns to check in to the hotel, and I'm freaking out. He'll play Tristan Duffy, a male model who will be involved in a love triangle with Gaga and Bomer. YAY! 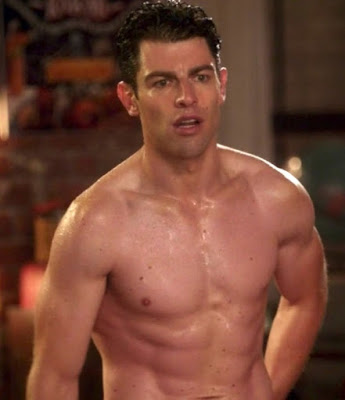 Max Greenfield Another all new face to the Ryan Murphy crew, Max Greenfield has spent his career mostly playing comedic roles, most notably as New Girl's Schmidt. But we can expect something completely different from his role as an addict in Hotel, as the actor reportedly dropped a ton of weight and switched up his hairstyle to look the part. His story arc intersects with Sarah Paulson's Sally, and Ryan Murphy says that he's at the center of the series' "most disturbing scene" yet. Can't wait for that. 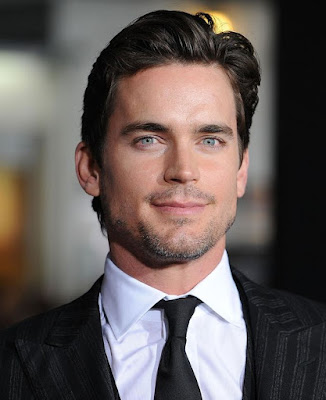 Matt Bomer had a short run in Freakshow, but he's back and starring in Hotel! His description is basically "goody-two-shoes that makes sure no one gets into trouble"...where's the fun in that, Matt?! 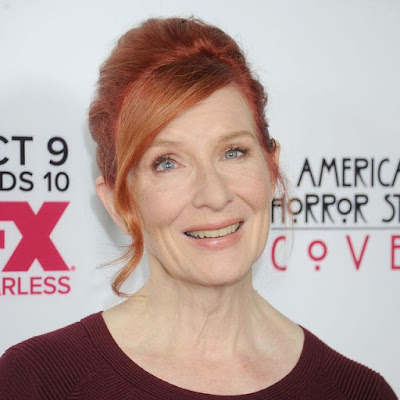 Francis Conroy ,my personal favorite woman in the whole world is back for Hotel, and I probably might not have watched it if she wasn't. All I have to say is she's the greatest ever. I mean, Balenciaga great... 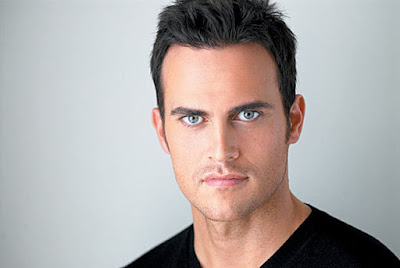 Cheyenne Jackson.This man's been nominated for Grammy awards for his performances in musical theater, and it doesn't hurt that he's kind of stunning. His character is a bellboy who "loves to gossip and is seen engaging in strange and suspicious behavior"...uh oh. 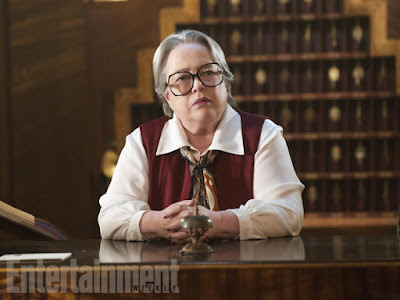 Kathy Bates will be running the hotel as Iris, and she's got a major feud with Sarah Paulson's Hypodermic Sally going, as well as something weird happening with her son, Bomer's Donovan. She also does crossword puzzles in her spare time. Dangerous!
Also checking will be of course, Sarah Paulson,Her character Sally will be a permanent resident at the Hotel, and she's got a huge rivalry going with Kathy Bates' Iris, and the reason behind it will reportedly be explained early on. As well, she's a dark relationship forming with Wes Bentley's character. Evan Peters will "be waiting for you in Room 64." If that's anything like Room 237, we're in for a treat.,  and Dennis O Hara as Liz Taylor ,a hotel bar entertainer who is obsessed with the classic actress and assumes that he is her. He works in the Blue Parrot Lounge. Angela Bassett, the sexy Ramona Royale, who is a famous actress who goes over the top but never belittles herself to land a part, despite that often being asked of her. She isn't a hotel resident, but she travels there often, and a lot of it has to do with her romantic relationship with Lady Gaga's Elizabeth. Through out the rest of the season add to that mix the likes of Chloë Sevigny,Lily Rabe portraying seriel killer Aileen Wuornos, Mare Winningham, Darren Criss, Mädchen Amick. Rumors are too also expect Emma Roberts back for a few shows, and Donald Sutherland has been mentioned. But the icing on the cake could be Naomi Campbell.

Her character is set up for a multi-episode arc here, and she'll play a fashion editor whose critiques on certain someones will cause her to pay the ultimate price. She'll be involved closely with Gaga's Elizabeth and Bassett's Ramona. Just watching her get her demise could be worth the whole season. Any bets she'll be beat to death with a cell phone?
Posted by Mistress Maddie at 12:00 PM