It Was Off to The Barnes 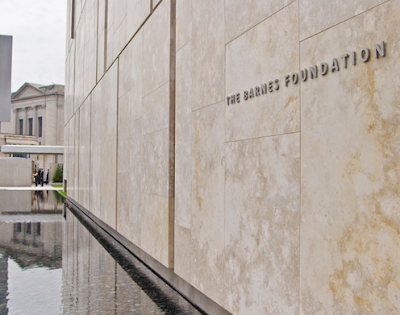 This Saturday it was finally off to see the new Barnes Foundation with a guest  to see the new digs!The Barnes Foundation is an American educational art and horticultural institution. It was founded in  1922 by Albert C. Barnes, a chemist who collected and assembled one of the world's largest , private art collections.Those galleries include works in abundance by Cézanne, Renoir, Matisse, and Picasso, and substantial representations of Tintoretto, El Greco, Goya, Courbet, Manet,Monet,Toulouse-Lautrec, van Gogh, Seurat, Rousseau, and Modigliani.  The Barnes Foundation, was once a grand old curmudgeonly lion of a museum, has been turned into what may be the world’s most elegant petting zoo. I am not surprised that the members of the press, after touring the Foundation’s new home on Benjamin Franklin Parkway in Philadelphia, have by and large been pleased. The old Barnes, for three quarters of a century was a splendidly ornery landmark on the Main Line, a very "old money" and wealthy suburb of Philadelphia, was not easy, and a bit hard even to get there. And once you arrived at the old sand stone mansion, you were confronted with a fearsome onslaught of masterworks and, at least in recent years, pretty much left on your own. The sensory overload at the Barnes could be daunting, art competing for a visitor’s attention with a great many other extraordinary things.The new Barnes, designed by the architectural team of Tod Williams and Billie Tsien, is all about giving museumgoers an ingratiating experience. 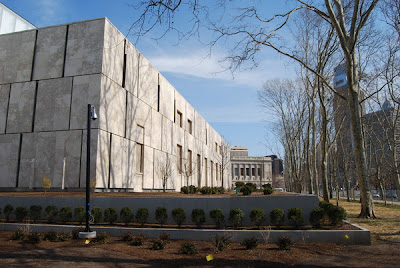 The over-the-top power of the Barnes has been theorized and contextualized—the wild beauty of Barnes’s conception may still be there in galleries that meticulously replicate the original rooms of the mansion, but the raw power of the Main Line has been muffled and anesthetized by a culture-by-committee mentality worlds away from Albert Barnes’s unyielding intellect. The new building, in a tastefully glamorized late-modern minimalist style familiar from the shelter magazines, suggests a posh spa, with the building’s comfortable seating, casual coffee bar, reflecting pool, and courtyard gardens. Much of the building is sensitively done, with a variety of soothing wood surfaces and stone treated in several striking ways. 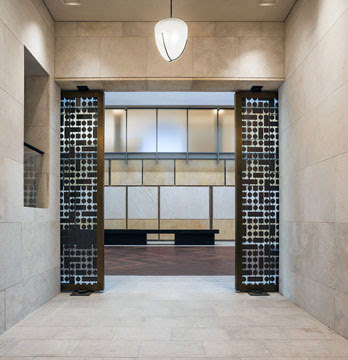 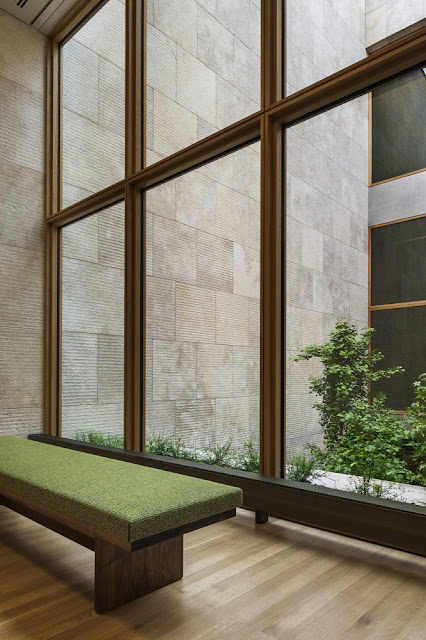 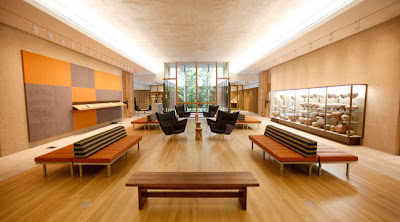 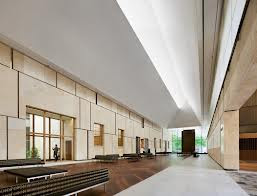 But it wasn't all fun and games to get the museum to move, on the contrary it was quite the controversy. The move follows a decade of bitter debate over the future of this multimillion-dollar collection. The controversy was covered nationally, and a 2009 documentary, The Art of the Steal, argued that the foundation was the subject of a takeover by other non-profit institutions. It asserted that this violated Albert Barnes' will and his desire to keep his collection private for educational purposes and outside the circle of the Philadelphia establishment. After a two-year legal battle that included an examination of the foundation's financial situation, Judge Stanley Ott ruled that the foundation could relocate. Three charitable foundations, The Pew Charitable Trusts, the Lenfest Foundation and the Annenberg Foundation, had agreed to help the Barnes raise $150 million for a new building and endowment on the condition that the move be approved. Many were also appalled by the price tag by this move.This was a common scene during the relocation. 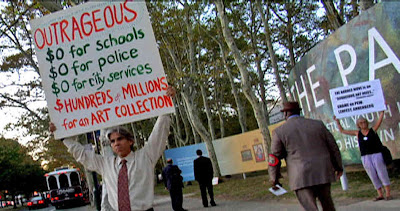 But now it is all back story and I found the new foundation to be very interesting, and the artworks seemed to be almost revitalized in their new atmosphere if you ask me. And they did a wonderful job re-creating the old rooms of the mansion. 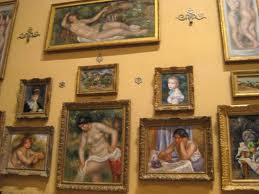 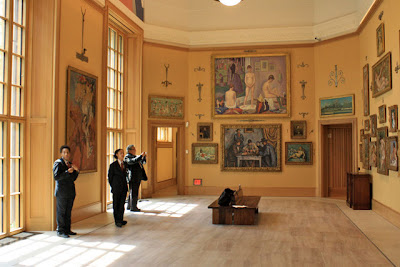 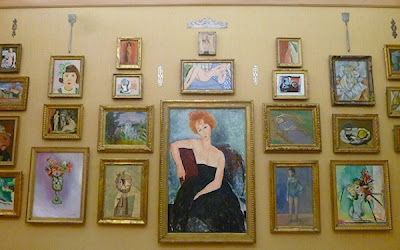 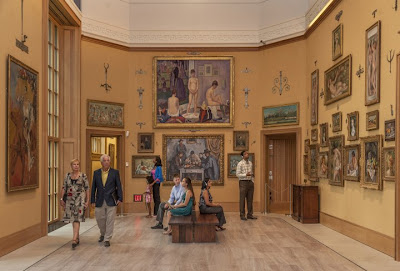 Afternoon aperitifs followed at the Dandelion Pub. It was a lovely afternoon.
Posted by Mistress Maddie