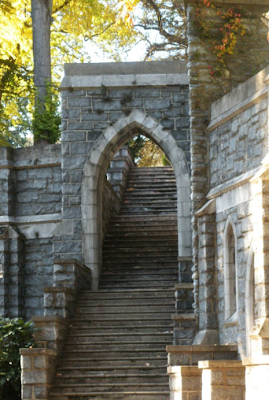 The stunning entrance to the Laurel Hill Cemetery, my outing for a Sunday afternoon with the Lad. Your thinking, shouldn't I have visited during the Halloween holiday? I'm a bird of a different feather, and enjoy a good outing in a interesting cemetery anytime. Our original outing was to go see the Moore Mansion, but it was booked for a wedding. So I suggested going to see some millionaires, mind ya, dead ones. Just my luck. So it was off to Millionaire 's Row. It’s not exactly something you’d associate with a cemetery. But then again, neither are Atlantic City and Tacony. At least, you wouldn’t just by looking at some of the biggest mausoleums on Millionaire’s Row in Laurel Hill Cemetery, which is the nations largest historic cemetery and is home to the mausoleum of the Disston family, among other famous elite families of Victorian Philadelphia. The cemetery features a special section, nicknamed Millionaire’s Row, for all of the most wealthy residents that it holds. It’s characterized by a row of mausoleums that lead down a curved road. Strolling through it, the history seems quite distant and sometimes hard to relate to. That is, until one tries. The cemetery also offers spectacular views of Philadelphia, which is further down the river. And some of the last foliage was still lingering....... 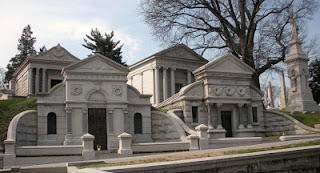 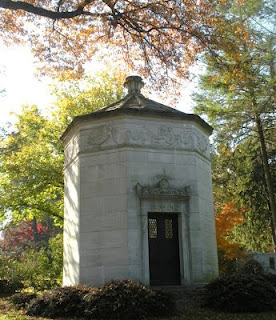 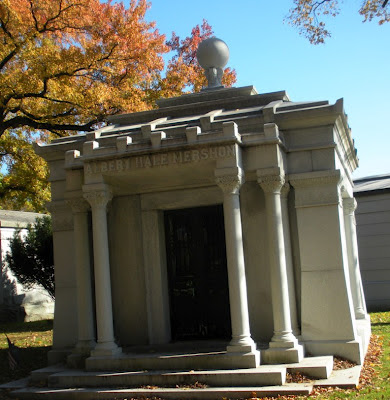 Mausoleums, and some tombstones fascinate me, I can't lie. I like to go up to them and peer inside. One of these days, I worry that a spirit resident will look back at me through the door, scare the mothballs out of me, and then I'll need my OWN tomb. But on I go, fearles,s peeping in the houses of the dead. Plus the architecture of these buildings are so stunning and detailed to see, each so different from the next. 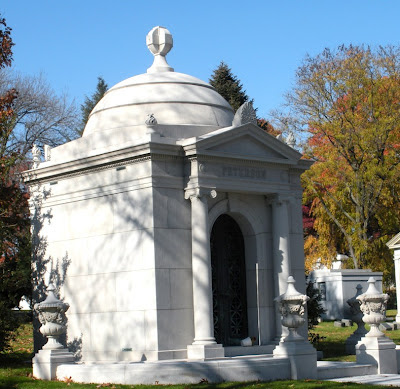 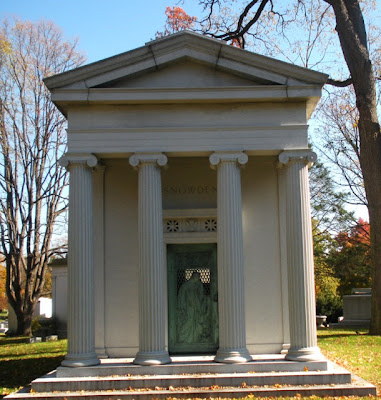 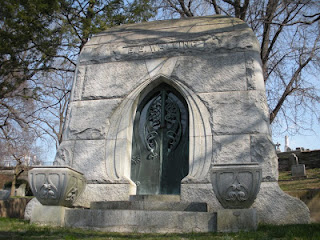 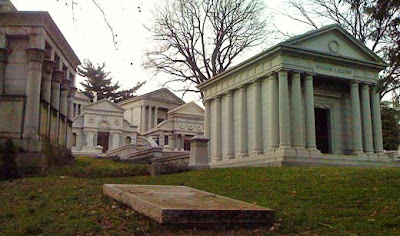 Mausoleums, by definition, are monuments erected as buildings, usually free-standing, that house a deceased remains. Many times, they hold an entire family's remains, with niches for coffins or urns. The more costly ones may include stained glass windows, which here were aplenty And many of them mimic the fashionable architectural styles of their times, for example, the Egyptian Revival which was popular in the early 20th century. 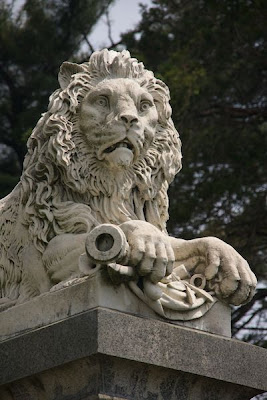 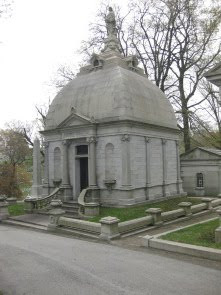 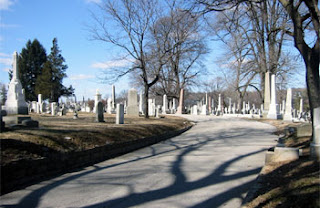 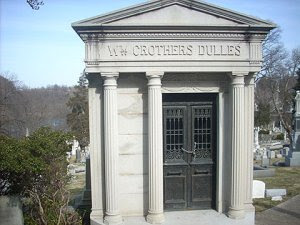 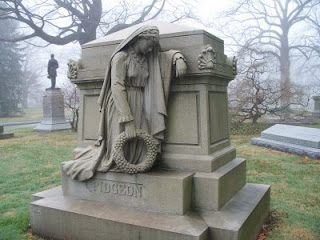 As I mentioned above, most of the mausoleums have stained glass windows, and  wrought iron doors, which are so beautiful, and so many to see. I may have to return to do a post just on them. I also think winter could be a neat time to see Laurel Hill, strolling through the paths with hot mulled cider, but no promises, as I hate the bitter cold! And what was with the fog in only this part of the place in the above picture? Was I getting a visit from the ghost of Christmas past? Or had I had to many sidecars?
Posted by Mistress Maddie