I'm Back and Feeling Good!

I think I should take a nice long weekend more often! It was back to work today, but I felt ready and rejuvenated after a lovely weekend in New Haven, Connecticut with "the Lad". I'm happy to report that the Mistress had a very nice time indeed! We departed Friday and were bound for his uncle's place, who we were the guest of. I had never been to New Haven before, but found it to be a chic, very hospitable, and a friendly cultured hamlet. With a rich history, vibrant art scene and one of the most prestigious universities in the world, New Haven shines as an outstanding destination for business and leisure travelers alike. Spurred by the phenomenal Yale University Campus, New Haven is in the midst of a stunning urban renaissance that has infused the city with new life. New Haven's fresh face includes the addition of numerous shops, clubs, hotels and restaurants. When we got there this is what the Mistress encountered. The uncle and his patner's place which sat on 20 aces of land and complete with a pool and jacuzzi, which we par took of twice while we were there. Friday was spent with a lovely dinner prepared by William, the uncle, and relaxation for the night in the jacuzzi. And here is some snaps,snaps, snaps from the house! 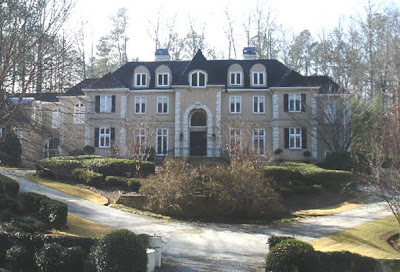 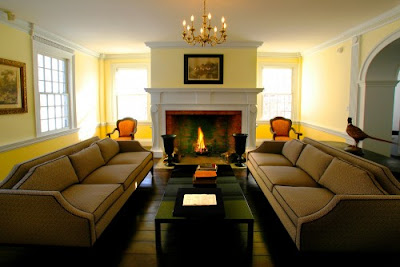 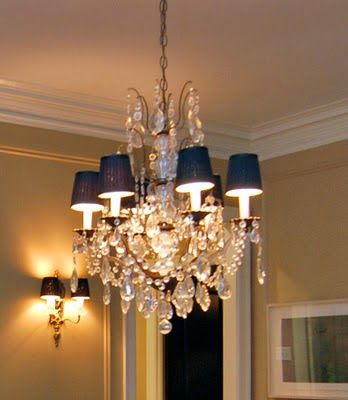 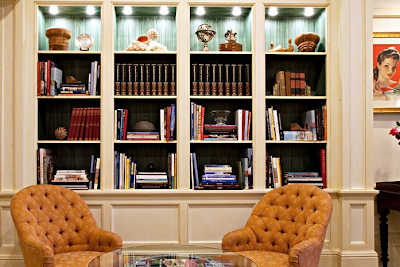 The Mistress's chambers for the weekend. Pretty comfy!!! And I was glad to see that the Lad's uncle and his partner liked to sleep in too! Like 11am! They must have known the Mistress likes to lounge about in style. 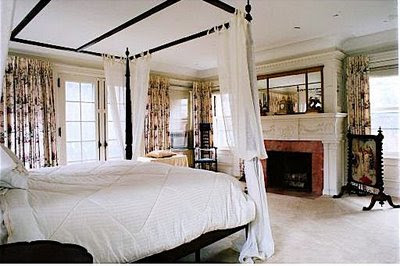 It even had a carriage house on the grounds. We were in the main house though since this guest house isn't heated. They just had this remodeled I understand. 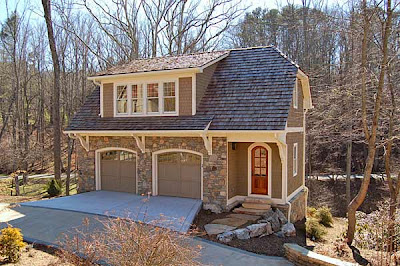 Upon getting up late Saturday, we had a HUGE brunch, and then went to tour Yale University. Yeah, cute and smart college boys!!!! Oh..... and the architecture! What a beautiful campus. 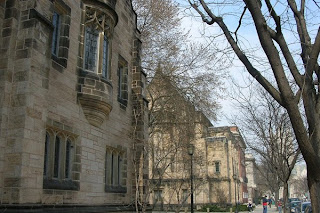 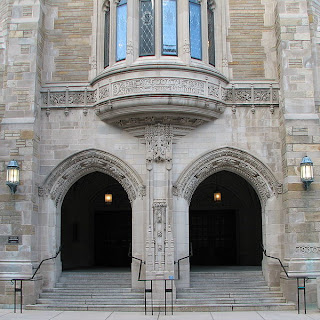 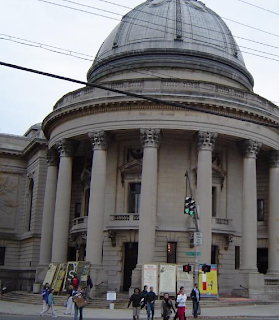 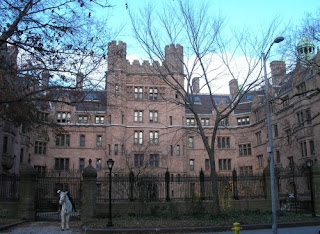 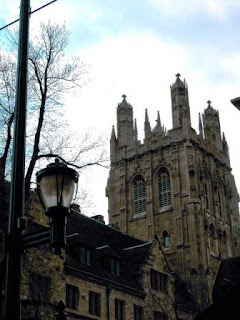 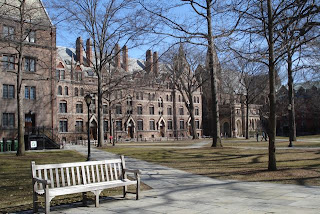 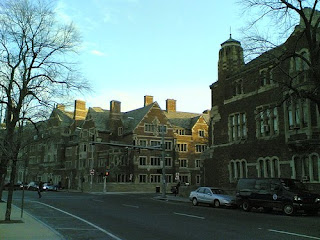 After touring Yale most of the day we went to one art museum, and then had a nice dinner at one of the local eateries. Then back to the Mistress's second home.... I mean, our host's house, to relax before the Lad, Jared, the uncle's partner, and myself went back out to taste the club scene. What a great and cute bunch that was out too. We even saw local drag queen Robin Banks who was doing a farewell show. She was very entertaining and I wished her luck with her future endeavors. And she even let me sneak a pic! 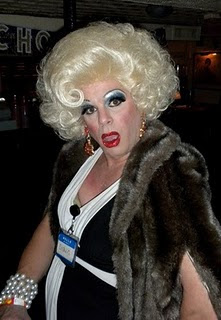 Then it was off to another club. I believe in my haze it was call Gotham City, but don't quote me. Some more cock-a-tails, and some dancing. Then the Mistress was getting sized up by one of the local students. Their groups of friends mingled with ours, and before you know it, we were being invited to a after hours keg party!!!! Now mind ya, the Mistress at a keg party? I have never even stepped foot near one as hard to believe as it is! I thought in my late early years, to be at a keg party? These guys must be nuts! And most of them were straight, I think? Absolutely not going. The next hour was a blur at the said keg party!!!! I do remember some of the guys asking gay questions,and all about drag related things. The Lad leaked it that I was the Mistress Borghese! And did some of them get a education! I even remember giving a guy kissing lessons! Turns out two of the guys were swinging my side of the fence. But from what a remember a very nice and cute bunch. The Mistress refused to wear one of those tacky hats though, that holds the beer. Only if it had been a wide brim with gin and tonics would I do such a thing! After a hour at the party the Mistress was soooooooo done, and we headed home to sleep....yea, that's it , sleep. Up next- the house tour. Tootles! And a HUGE THANK-YOU to my gracious and handsome hosts for a beautiful weekend! And for putting up with being hung!
Posted by Mistress Maddie