Another Day with Buster Bolfig 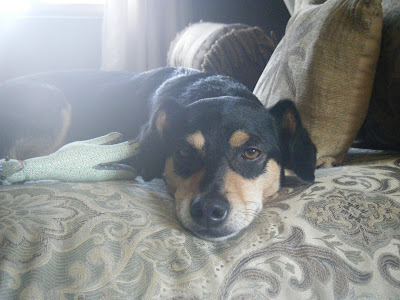 Well it's been a while my lovelies since we heard from my little beagle-dachshund mix Buster Bolfig Borghese! I thought we would see what a average day is like with him shall we? The above picture is where he can be found till the Mistress gets up on weekdays, or on weekends, till the Mistress gives proof she is still alive from a night on the town! 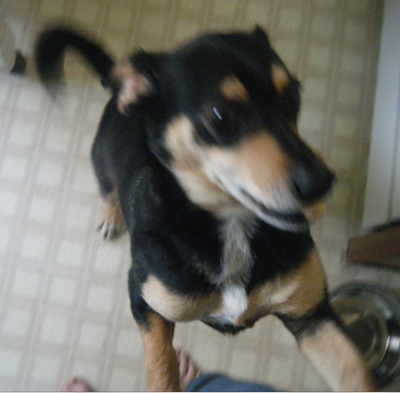 Once up it's time to go out and do some business and the first walk of the day. 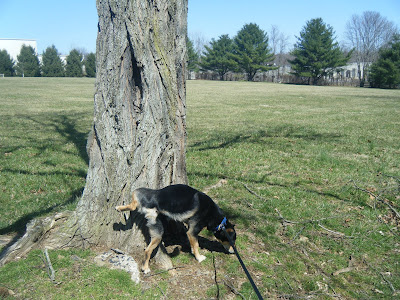 Then it's the first pee of the day, and other business. It's hard to see here, but there was a piece of a tabloid page with Paris Hilton's picture on it that Buster aimed at. He is such a good dog! 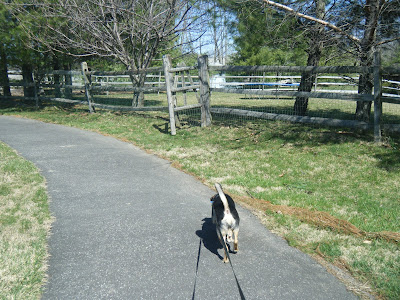 Then onward into the walk as he investigates the park he thinks he owns. As you can see, he leads the way. 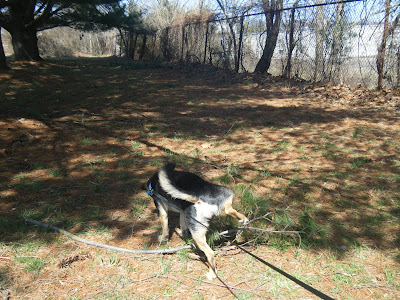 Time for yet another pee! This time on a blown off republican flyer caught in a downed pine branch! I guess Buster is not parisian. 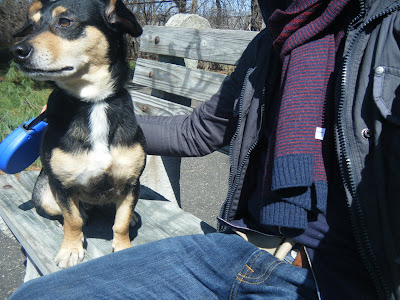 On the walk back home we sat on a bench and watched some of the hot neighborhood men doing yard duty and exercising in the park. I don't think Buster is a gay dog, so this was more for the Mistress's entertainment then anything! 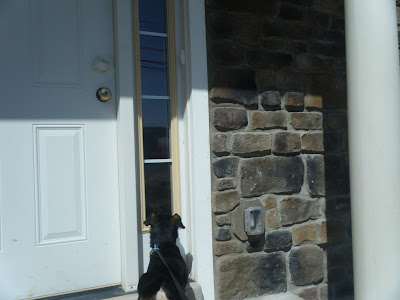 We walked passed the new town homes being built and almost complete. Buster Bolfig ever the nosey thing, had to peer in the window to make sure everything is up to code! 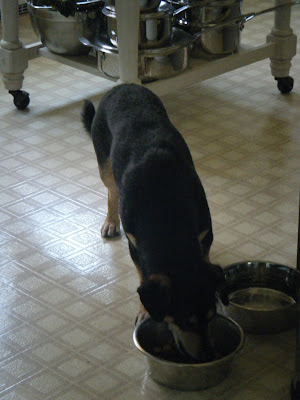 After the morning walk it's chow time. 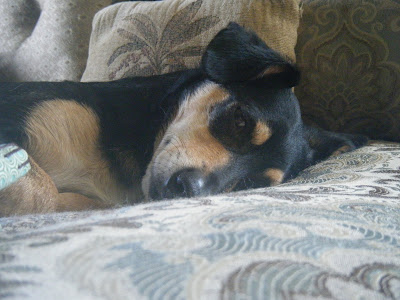 Then it's nap time. 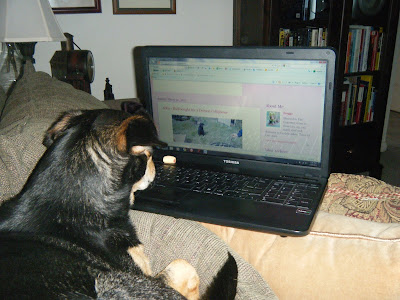 After his early afternoon nap, he gets up and then head to the laptop to do his blog reading. His favorite is Froggy blog. He enjoys reading the trials and tribulations of Abby and Tar and finds them highly entertaining to the dismay of Froggy. 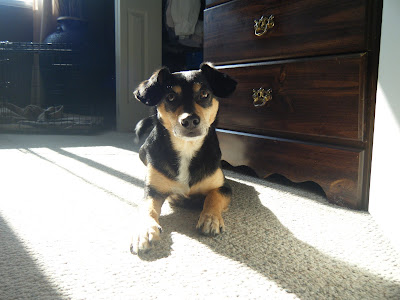 Then it's time spent in the sun. He loves when the drapes are open to let in the sunbeam. 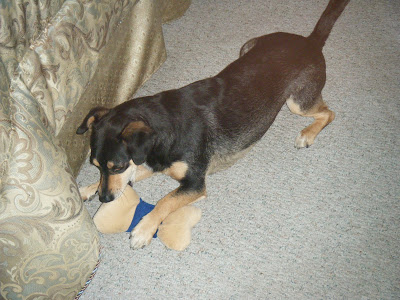 Buster enjoys his play time in the late afternoon. Some days he has every toy out of the basket. Then it's nap time again, then back to the feeding again. After a final walk for the evening, we relax the rest of the night. And then finally- in his little crate for the night! 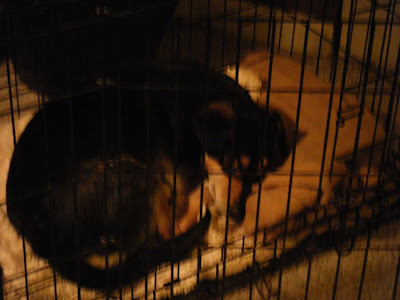