THE DRAG OF IT 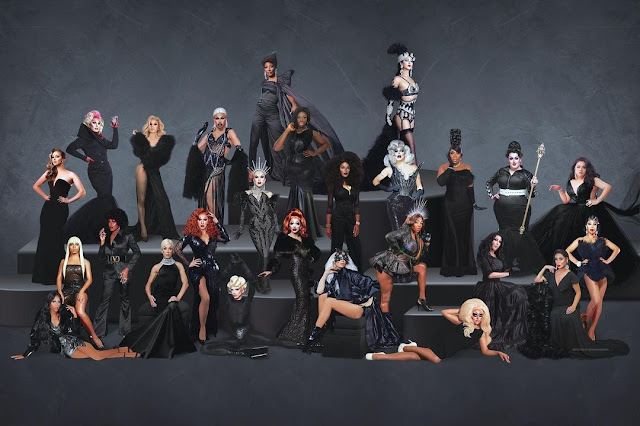 I had gotten a email from a newer follower a while back asking if I had a beef about drag race, since I do pick on and ridicule the show some. There are many differing opinions within the LGBT community and drag scene itself.  With it's elaborate costumes, breath taking  and sometimes raunchy performances, and social commentary it's no wonder people want to get involved. While mainstream shows have done good to bring drag out to the masses, shows like Drag Race have also seriously damaged the drag community by actively excluding trans, female, and other queer performers as not "traditional" drag, and only seem to be obsessed with a huge budget wardrobe, over showing performance...but it is getting better. 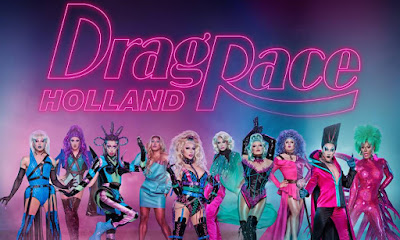 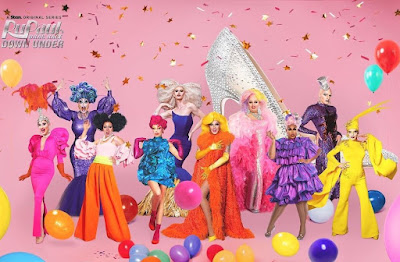 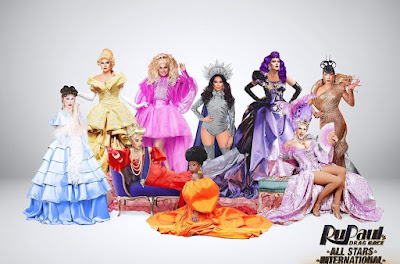 I just know what I like to do, and enjoyed what I did. I used to like to do my own performance and look. I got asked a lot if I would have ever considered going on the show back when it started,  or if I had been approached to go on, I would have passed. It would so not have been me... I have never been concerned with judging other queens and their style, or being judged. It's all art really when you come down to it, so how can one really judge someone's art. Art has always been subjective.  Some of these younger queens spend hours and hours on their make up, the most expensive of make up, specialty products and lace front wigs....and their far more fishy and polished then I ever was. I was never known for the contour and precision make up these queen do these days, while I have done it.  The one thing that bugs me about the whole drag explosion  is that we spend so much time talking about drag and judging it, old drag verses new drag,  what do you think of this kind of drag etc etc ect, judging drag, that we're no longer doing drag. Drag Race is some ways devalues the only reason I did drag and am interested in drag. Performance.  On the show, you often have two queens perform the same song, which is usually never done in a show, in any drag situation, it doesn't make sense. If your a black queen, your probably not going to nail  a country and western song, in the same way, that a Broadway queen is not going to nail a hip hop jam. 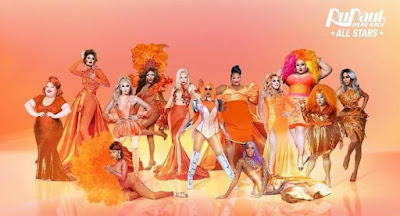 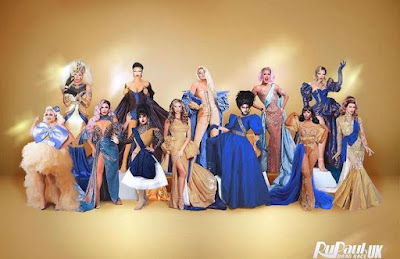 So that doesn't make sense to me. That doesn't really enable both queens to shine on stage either.  I think part of the problem is to much talk about what's right and wrong with drag and all this talking about drag. One only performs on drag race if you lose challenges, which to me de-empathizes the performance. I would rather see more performance and less of these acting and non sense challenges that drag queens just don't do in shows. I would rather a talent show for drag instead.  But then people want to see the drama and in fighting I guess. Before drag race there were about 10-30 really well known queens, who traveled the country, or the world, doing their act. Now why did they travel the country and the world?  Because their act was that good. Now we have got queens who get booked because their on a tv show, and their act is not necessary a good one, sometimes there great,like Jinkx or Sasha Velour,  but their booked everywhere because people have seen them on tv.  I have seen it, and have seen talented local queens get bumped for a mediocre Drag Race queen. And in the end, the crowd didn't care about the performance, they just wanted to see the queen in person, or get their photo. Well... they need to go to Drag Con in that case. And sometimes the show goers and clients becomes more concerned and excited about a meet and greet then they are about a performance. So in my opinion, that is not a good development for drag and the art of it. If your not concerned with the performance of a show we have problems. And it sometimes puzzles me why RuPaul books the so -so performers and not the great ones? There is young great ones, old greats ones,  Why some of these clubs book some of the drag race girls is beyond me when some of them can't even walk to a beat.  But over all, I do like the show... it's good for fledging queens, and ones that don't necessarily find a easy path to get their name out there. I still think the show needs to bring on queens from even further down the grass roots of the scene. And stop featuring so many fishy and Instagram queens. We have witnessed they do not have what it takes, but dam pretty to look at.  It's  is the very reason I find to favor the international version of the show more...more true to drag, imperfect queens, campier, no holds barred, and feature more different walks of the community. Especially this new season of Drag Race Holland. Not only one gender fuck queen, but two trans women, and more then half the cast is aged older, most in their late 30's and 40's, one even 53. Now that is amazing. And guess what? They all have excellent performances off the show, much like the gals of Drag Race Espana.