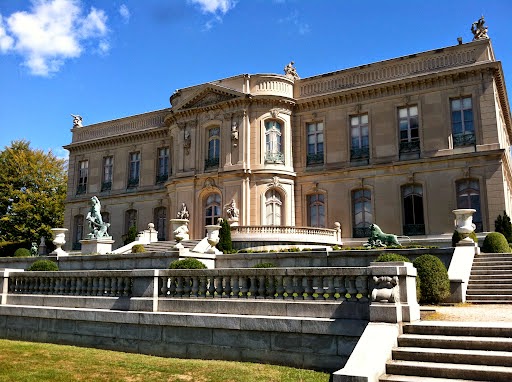 As you may know from the last couple of days reading my blog, I was recently in Newport, Rhode Island, where I spent an enjoyable week with the professor. Today, I’d like to take you on another tour of one of the grand summer “cottages” that line the Newport shoreline.  Because of its lovely climate and island appeal, Newport was the scene of an exciting era known as the Gilded Age, when the area was the summer home of America’s wealthiest and most influential families.  Lavish mansions were designed by America’s greatest architects and many of them are maintained by the Preservation Society of Newport County for the public to enjoy. After being there, I seriously think the Mistress was left behind from this time and I am still mourning this daily!!!! The Breakers was a hard house to beat in elegance, but the Elms was ever more a favorite with me, because the gardens were more prevalent and you could tour more of this home. 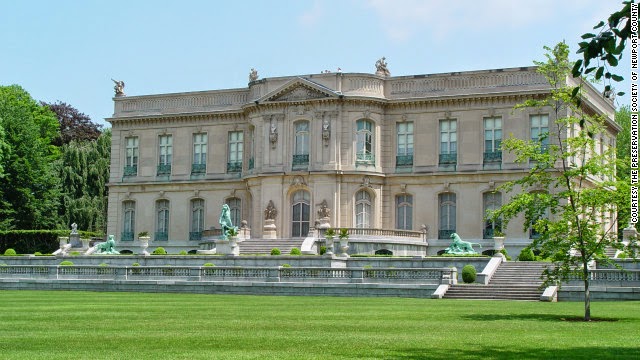 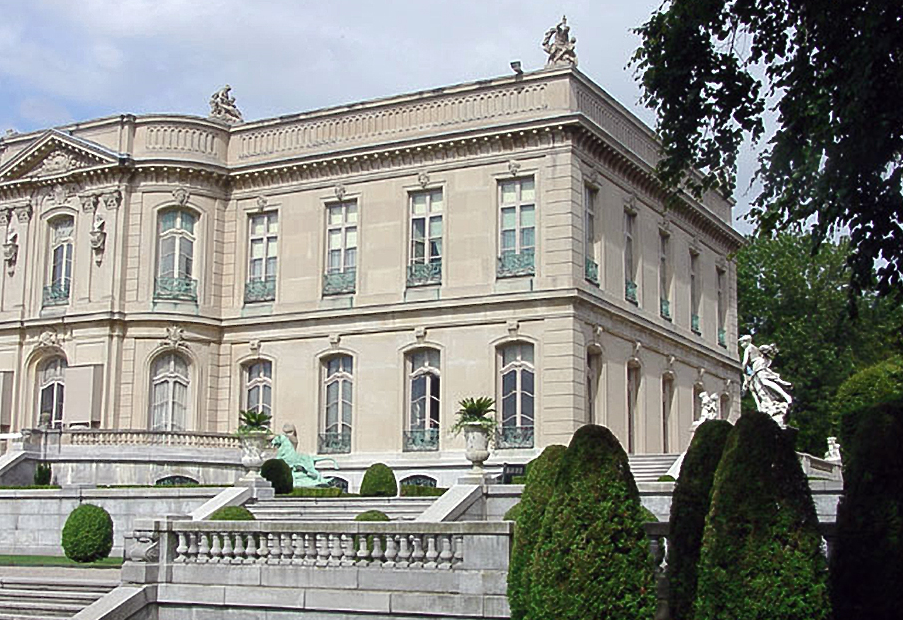 This is the stately Elms. Edward Julius Berwind, a coal baron, hired architect Horace Trumbauer to design the Elms and the building was completed in 1901.The Elms is modeled after the mid-eighteenth century French Château d'Asnières in Asnières-sur-Seine, France. This limestone cottage has a rounded central section flanked by wings of equal size - a simple plan of balanced proportions. Edward and Herminie had no heirs and when Edward died, Julia, Edward's sister inherited The Elms. Julia, was unmarried and also had no heirs, and she bequeathed The Elms to her nephew. He, in turn, sold the house and 90% of its contents later.
Could you imagine inheriting this place????
Anyho, we toured the gardens first, which were stunning and we milled the grounds for an hour before entering the house. 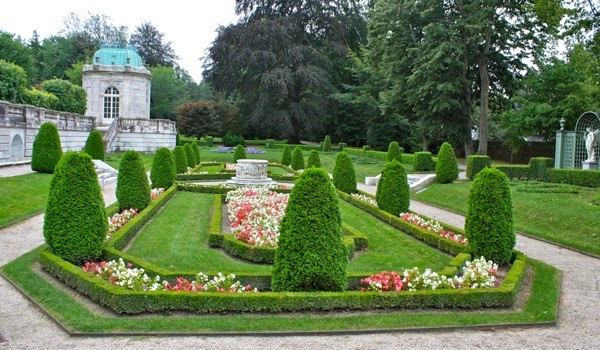 One of the many cooper roofed, marble teahouses that over looks the fabulous gardens..... 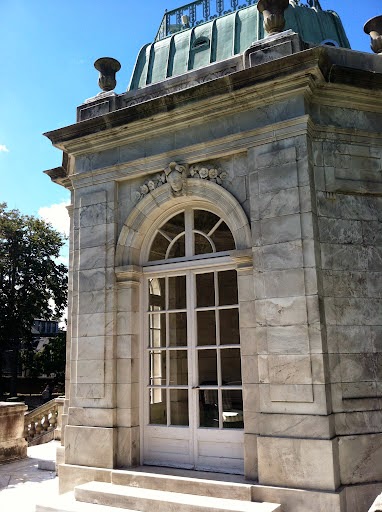 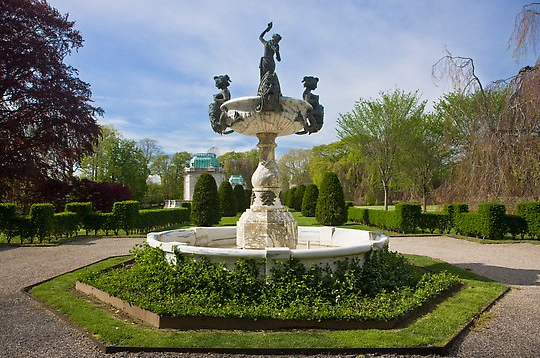 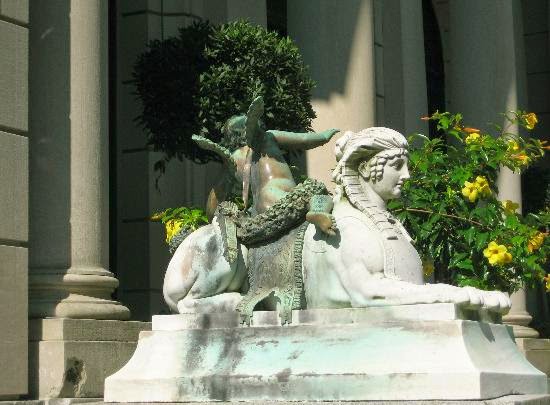 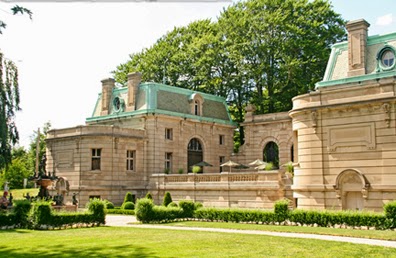 Passing through the ornate glass and wrought iron doors, you enter a foyer with Ionic columns of Italian breccia marble. The Grand Staircase has white marble steps and a wrought iron and bronze railing. 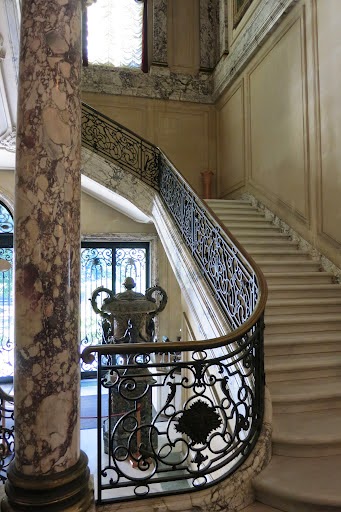 Edward Julius Berwind and his wife, Herminie, enjoyed entertaining at The Elms until Herminie's death in 1922. This is the conservatory. 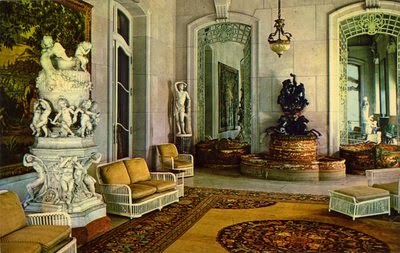 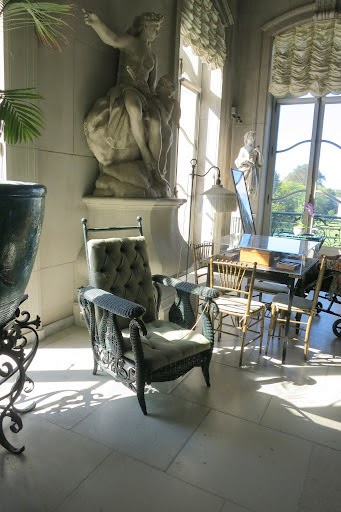 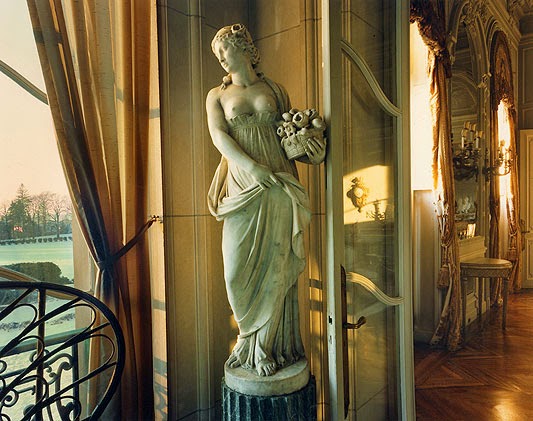 Julia Berwind summered at The Elms until her death at the age of 96 in 1961. In 1962, The Elms was slated for demolition when friends of The Preservation Society of Newport County raised money to buy it. Plus, 50% of the original contents of the house has now been returned 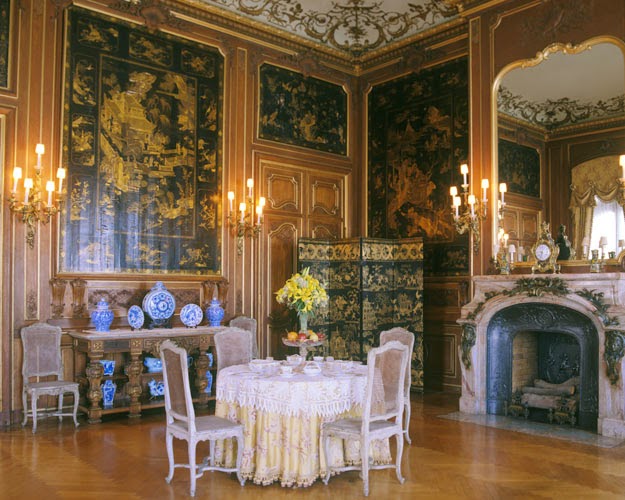 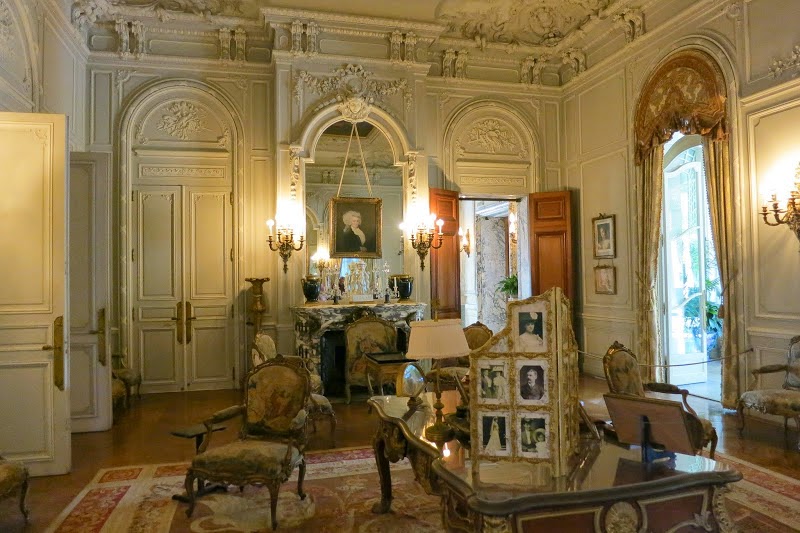 It's interesting to note that The Elms was one of the first Newport homes to have electricity. I was very impressed with this linen press. The chambermaids washed and changed all the sheets and linens everyday!!!!! I'm still wondering why the Casa doesn't have one of these set ups!!! 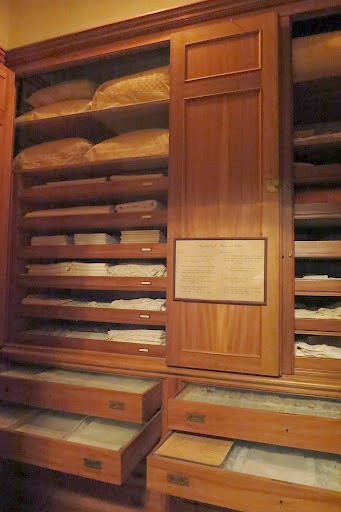 The Elms had a large staff and their quarters were concealed out of view..... on the top floor of the house. There are 13 bedrooms and 3 bathrooms to support a summer staff of more than 40, working around the clock, particularly when the Berwinds were hosting an event. 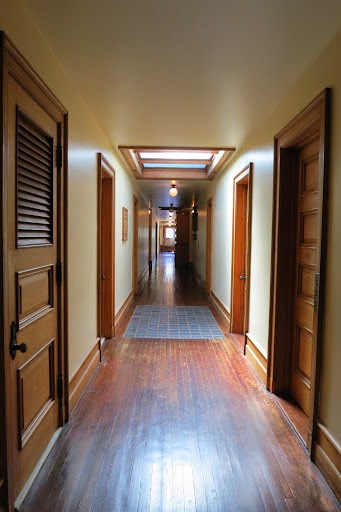 We then descended into the deep cellar where the kitchen, laundry, and other workrooms were concealed. Many, many sumptuous meals were prepared on this massive stove. Like other prominent Newport families, the Berwinds hosted 2 or 3 dinner parties each week for only a few people of 50 to 60 people. 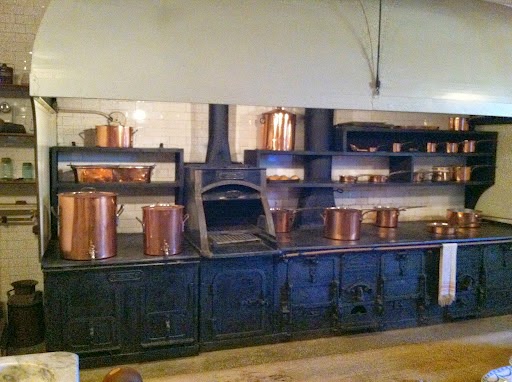 Of all the massive homes,  this one really shows I feel, what went on to run these on a daily basis.
Let's all chip in and buy it shall we? Party in the Mistress's boudoir every  night!!!!!
Posted by Mistress Maddie at 7:41 PM