COME WALK WITH ME 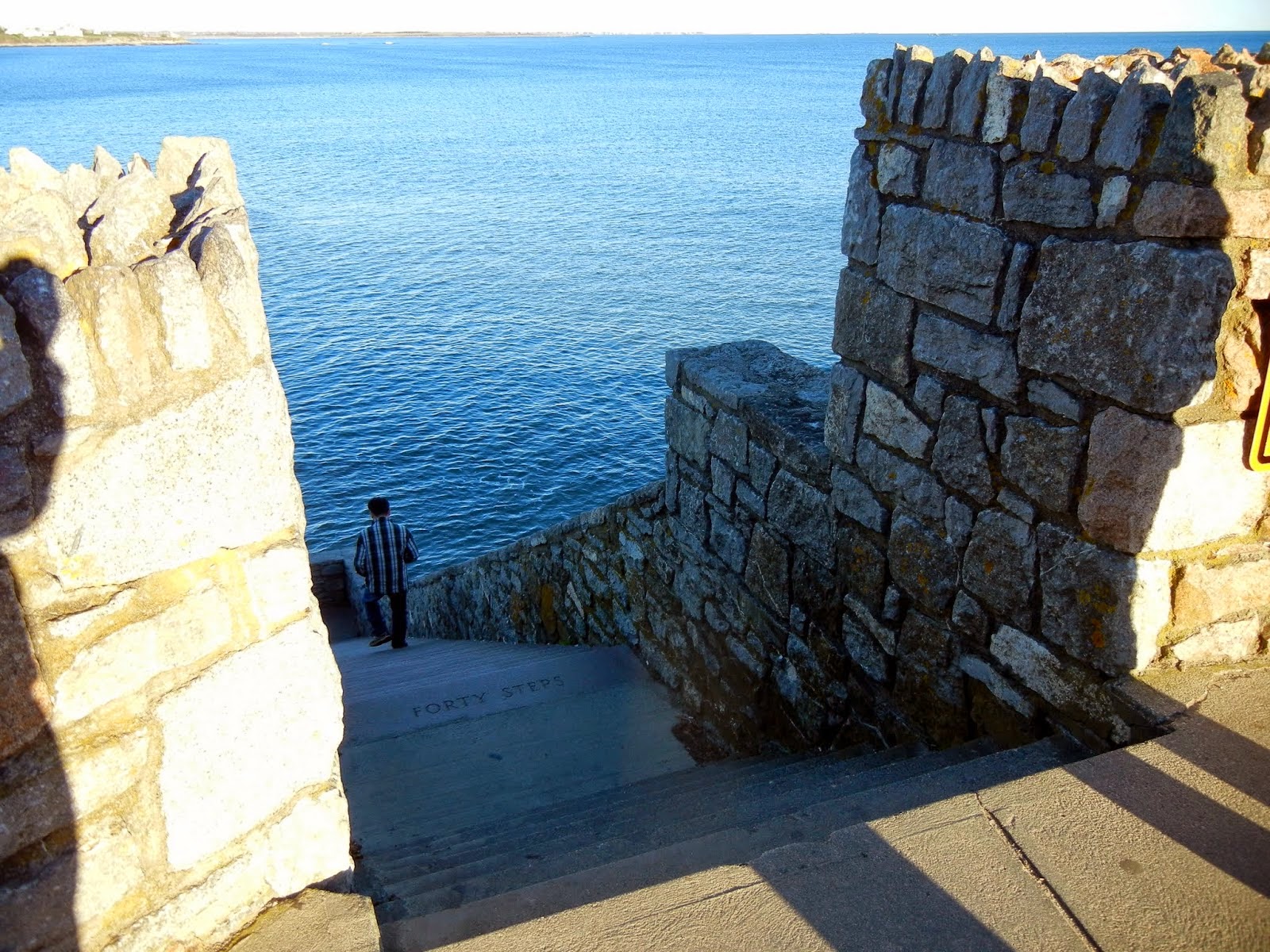 Most of our mornings right after a delish breakfast the Professor and I would go for a walk of the historic Cliff Walk, which was on our hotels path. The cool thing was early in the morning the thick fog was rather cool to see and feel. But the views and smells were looked forward to. 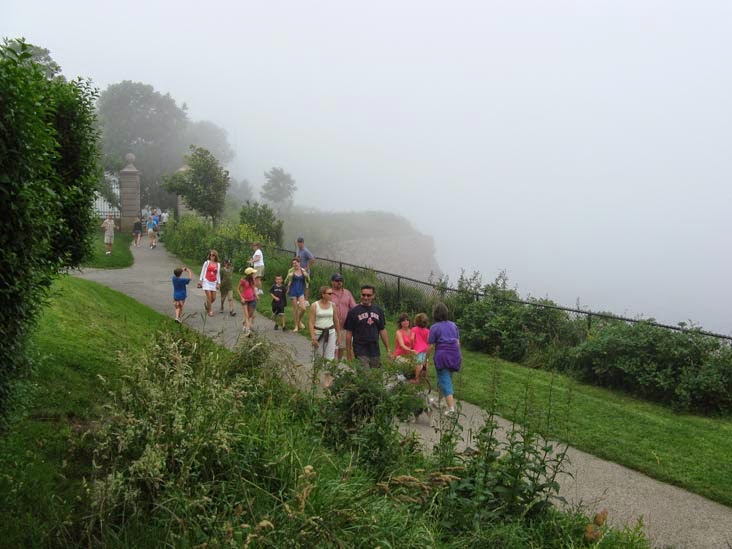 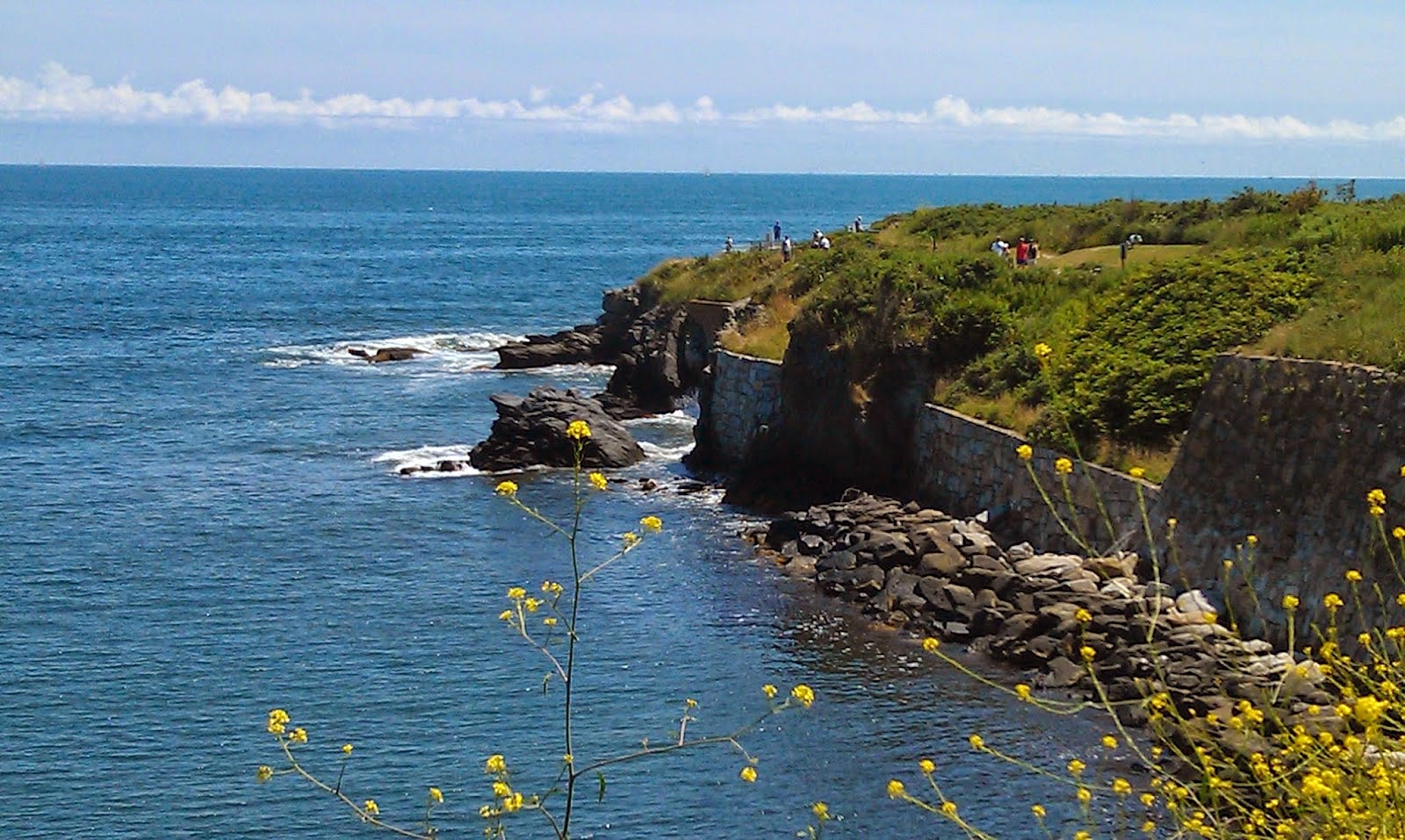 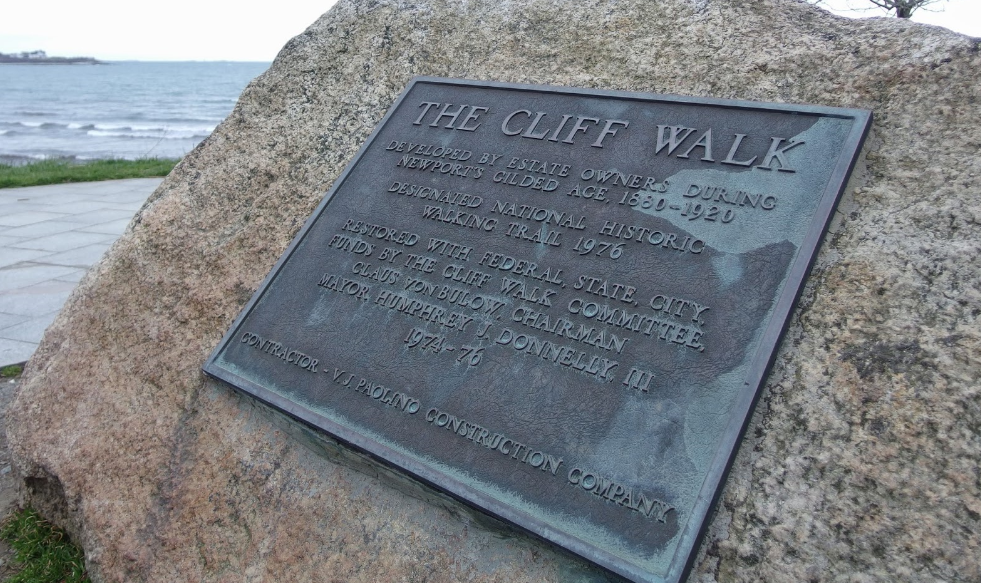 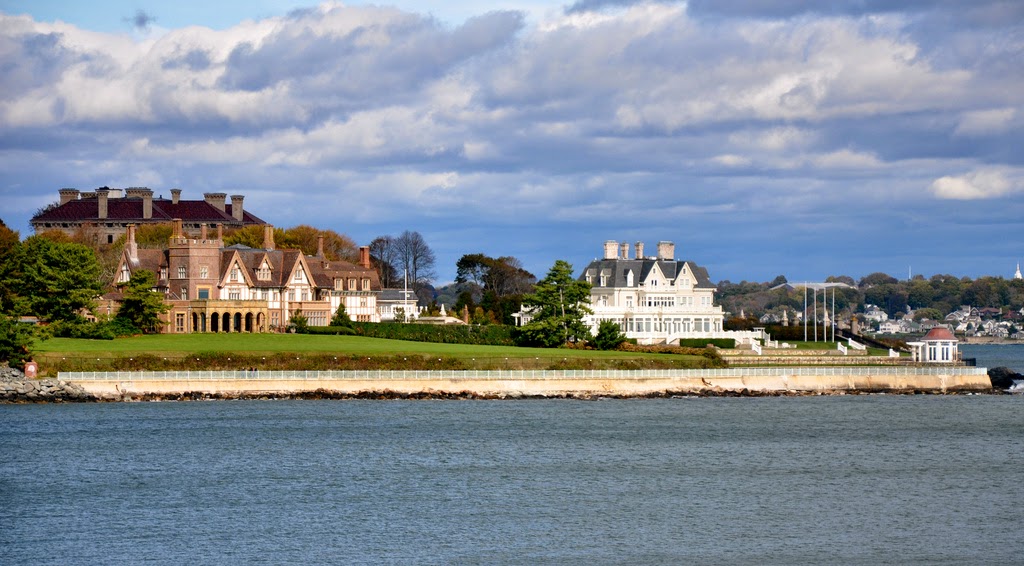 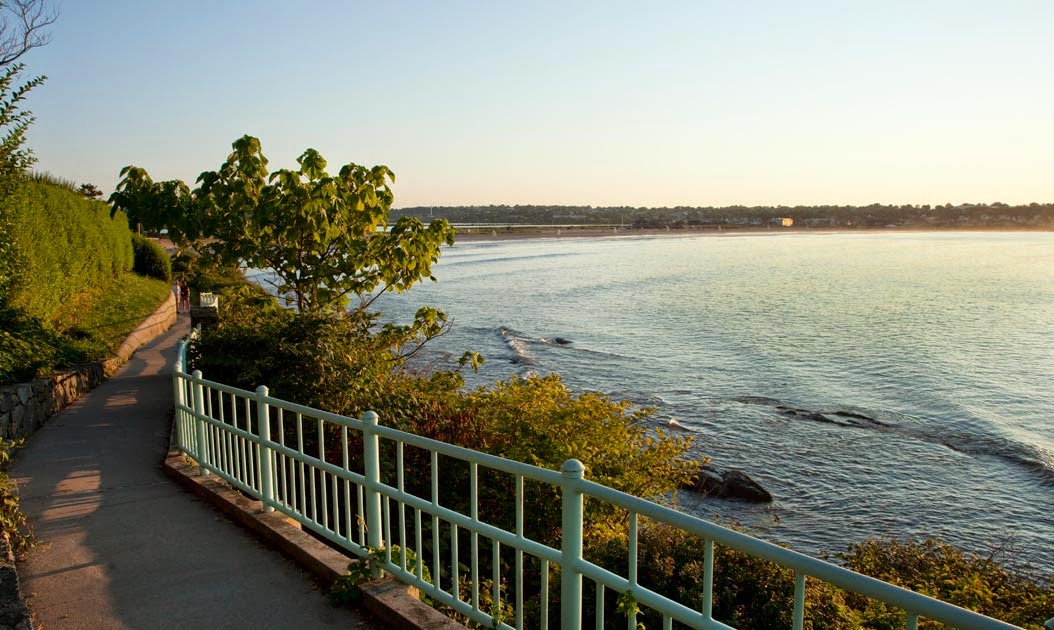 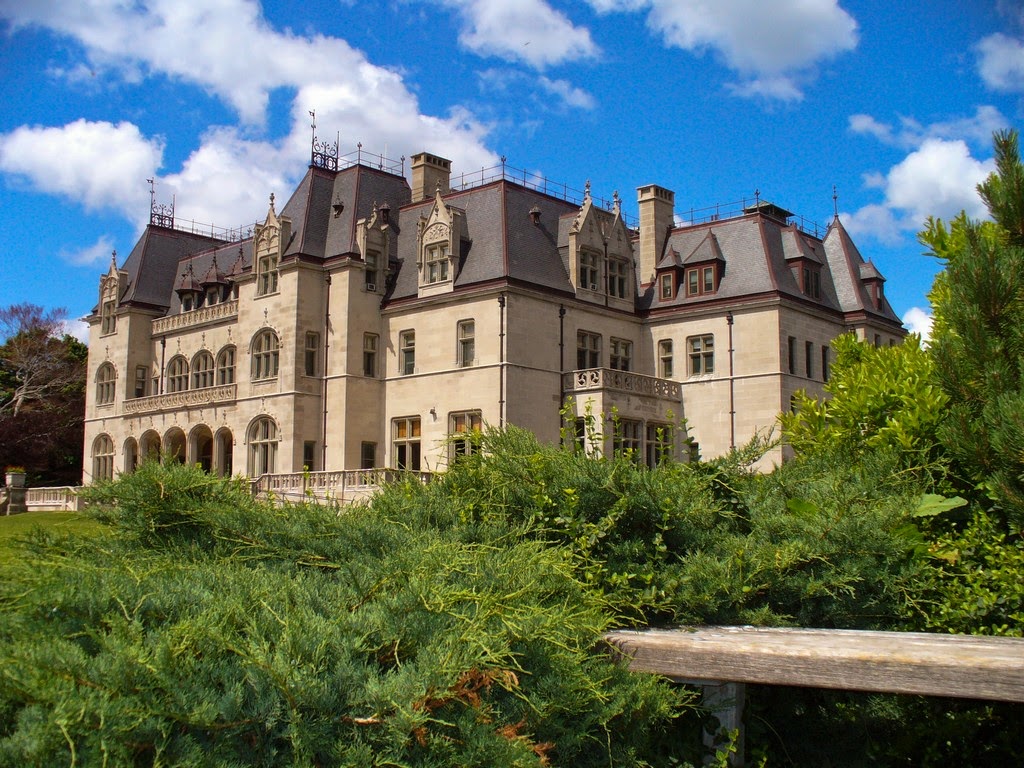 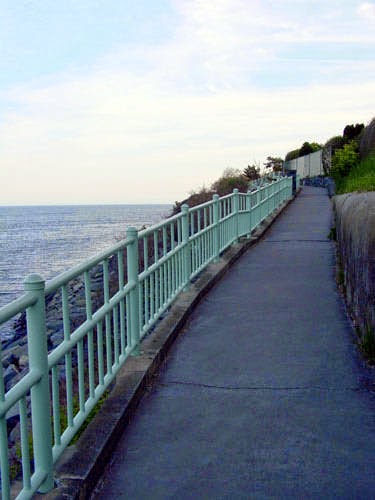 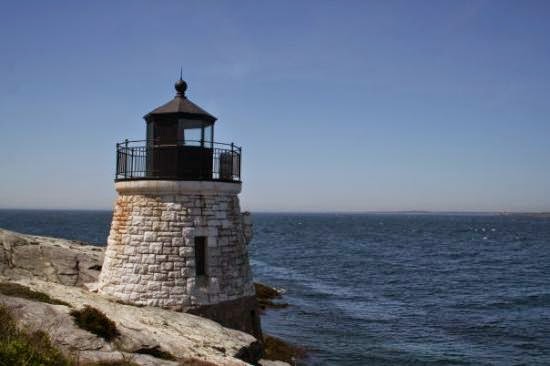 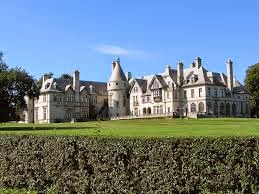 The Newport Cliff Walk is considered one of the top attractions in Newport, Rhode Island. It is a 3.5-mile public access walkway that borders the shore line. It has been designated a National Recreation Trail. The Cliff Walk runs from the east end of Bailey's Beach to the western end of First Beach. We were lucky in that there was a access walk from our lovely hotel to Cliff Walk. You can read about my amazing accommodations at Chanler at Cliff Walk here. The other good thing is if one doesn't want to tour the inside of the huge homes, this is a good way for one to see many of them, as the walk runs behind many of Newport's famous gilded mansions, such as Astor's Beechwood, Rosecliff, Marble House, The Breakers, Ochre Court, and Rough Point, where a bridge is located over an open chasm. Most of the 3.5-mile  cliff walk is paved and it offers beautiful vistas, tunnels, and long winding pathways. The latter half of the cliff walk has unpaved sections and paths along rugged New England rocky shoreline. This section is more a challenge but it also has breathtaking views!!!! And I managed just fine without breaking my balls! 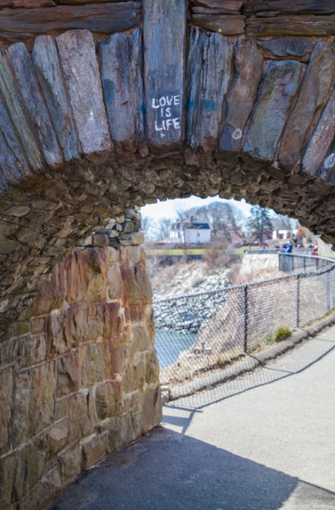 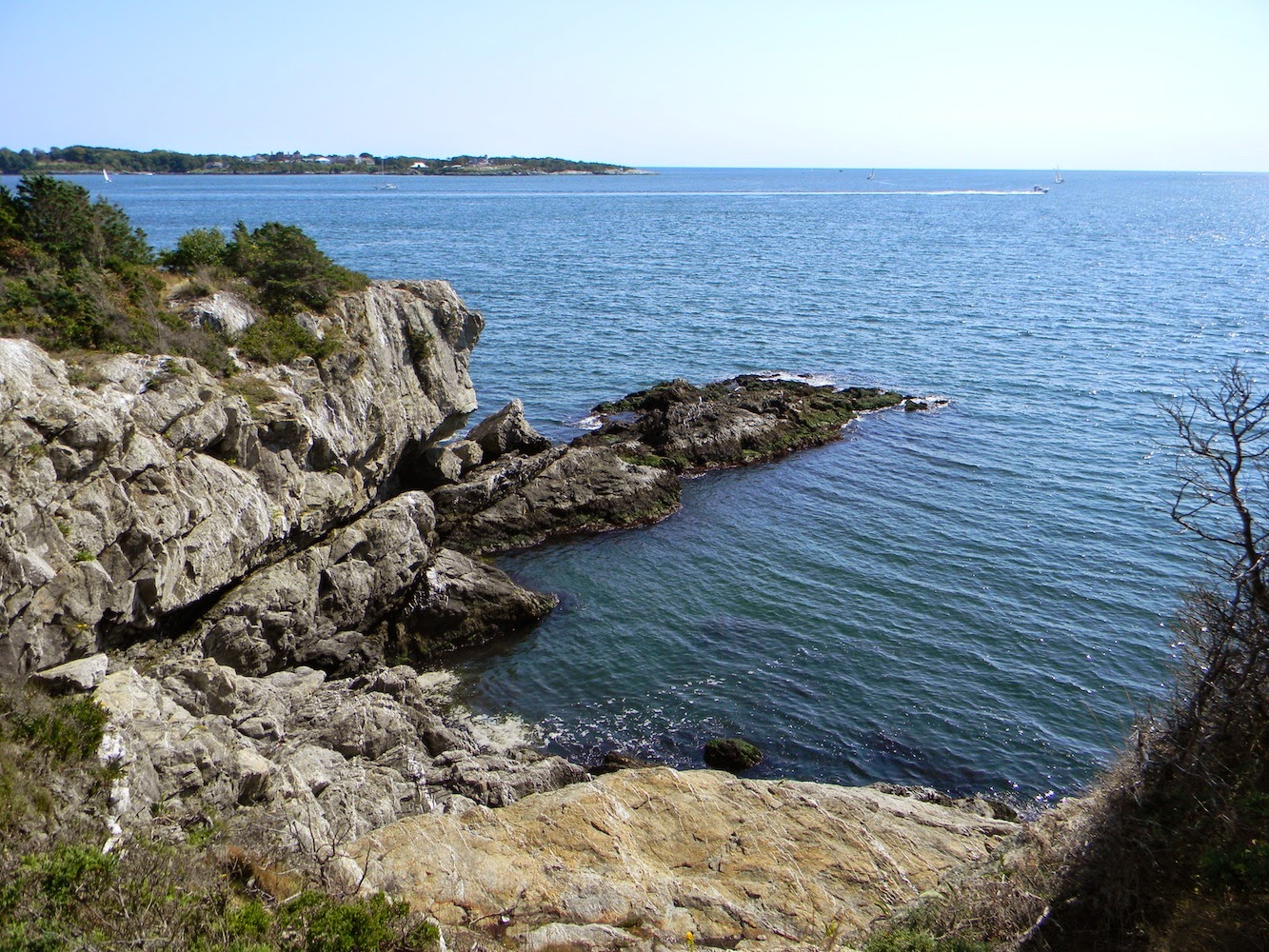 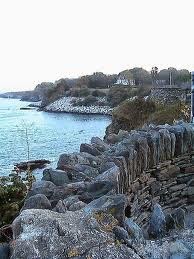 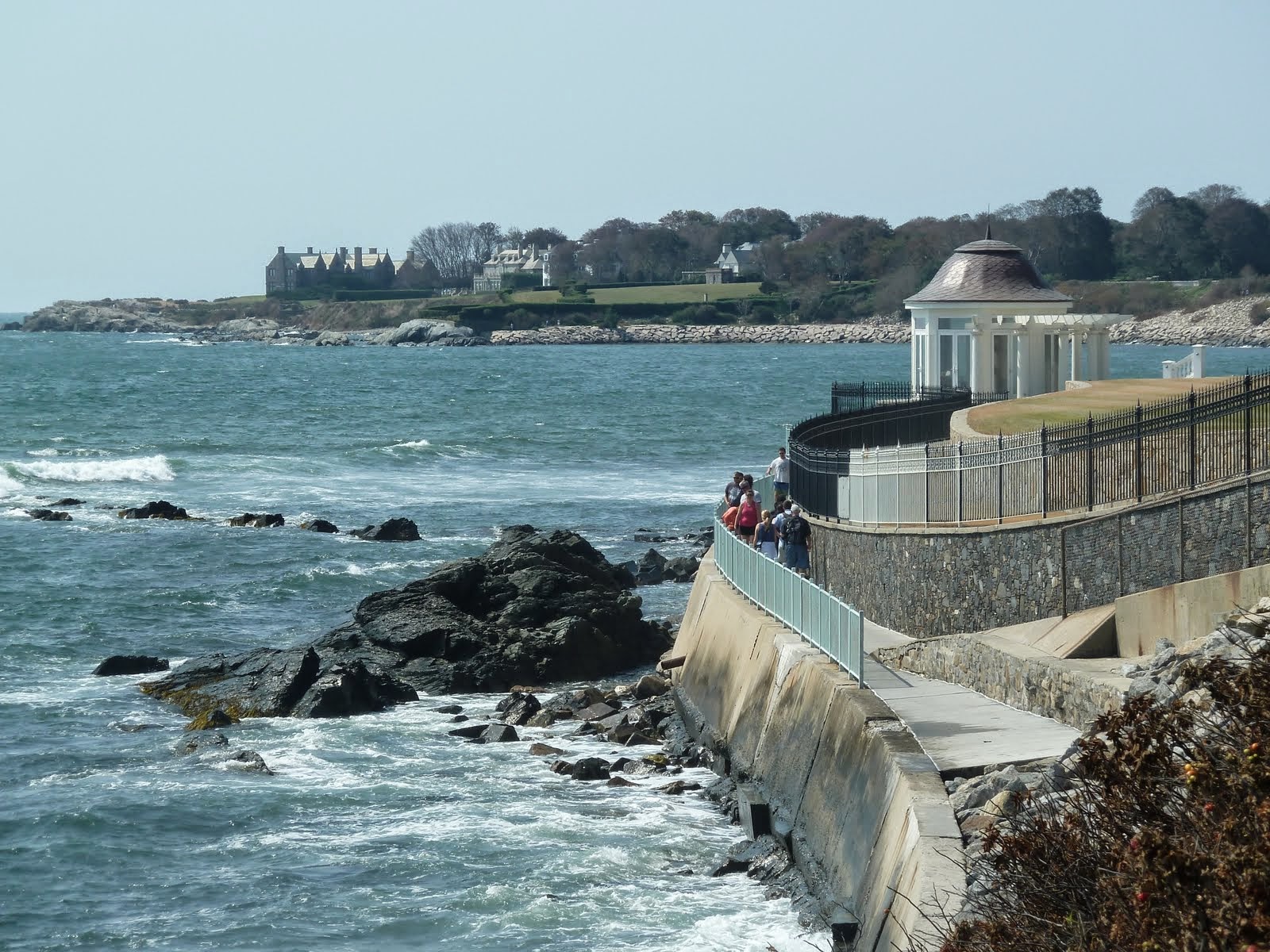 After such long walks most days, to relax it was either a spiced pear champagne........ 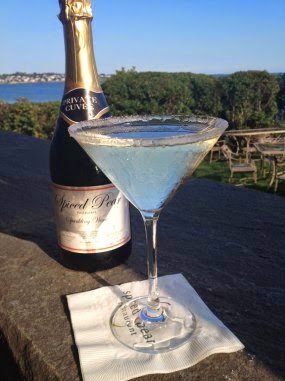 or a nice LONNGGGG cat nap. 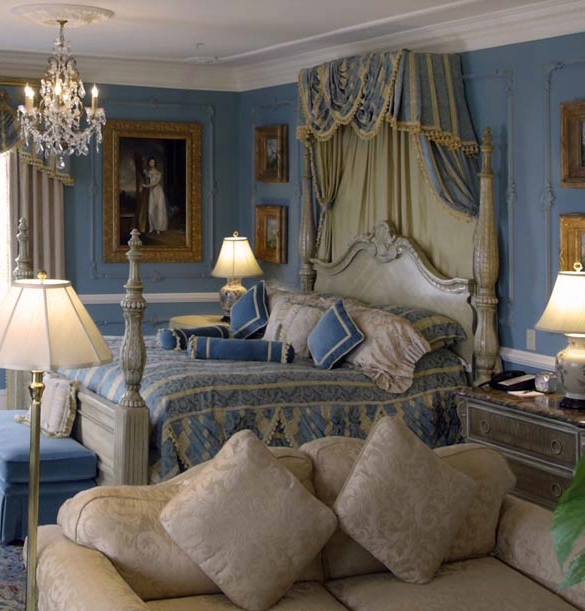