STOP THE CAR, I SMELL SOME IGNORANT BITCHES 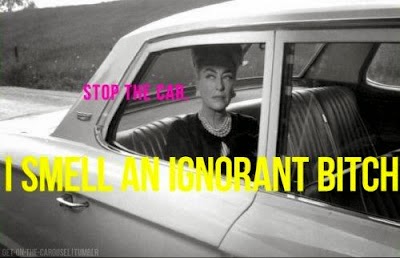 This may be old news to some, and how I missed this I have no idea. Thought I would share this article from Huffo. Here are 7 companies that will not support gay rights
that prove this to be true. In this time and date, and the climate in business and retail, where every sale counts, I don't understand why any companies would hurt employees or turn business away. I know I work hard for my money and I will refuse to spill any more money with these companies, not that I ever shopped and dined any, but for sure now won't. And I could never take Wal-Mart, the two times I was in one, I felt I needed a bath when I came out, not to mention the screaming brats, and big guts hanging out. Cheap prices or not.
1. Chick-fil-A
I'm pretty sure we all remember when Chick-fil-A CEO Dan Cathy came out as being "very much" against gay marriage. "We are very much supportive of the family — the biblical definition of the family unit. We are a family-owned business, a family-led business, and we are married to our first wives. We give God thanks for that...we know that it might not be popular with everyone, but thank the Lord, we live in a country where we can share our values and operate on biblical principles."
What followed those remarks in 2012 were protests, boycotting, but yet sales went up 12 percent. Since then the company remains about in the same standing with a Chick-fil-A opening somewhere for every one that closes.
2. Urban Outfitters
Urban Outfitters, which also owns Free People and Anthropology,  is so bad in so many ways. From racism to only having two women on the board of directors (one of whom is the president and founder's wife), to ripping off independent designers by stealing their ideas, Urban Outfitters can also add anti-gay sentiments to their list. In 2008, president and founder Richard Hayne donated $13,150 to Rick Santorum's campaign, aka his failed attempt at procuring the presidency. Granted, it's not a large amount, but to support someone who is so adamantly anti-gay rights on every level does say a lot about the man behind the brand.  The CEO also will not buy product from any vendor to sell in their store if that company supports equal rights That same year the store also pulled an "I Support Same Sex Marriage," t-shirt from the shelves after only a week. So, you do the math. They may offer coverage to same-sex marriages, but don't be fooled; it's likely all in the name of business like Wal-Mart, another offender of discrimination of gay and lesbian rights.
3. Exxon
Based out of Texas, the huge oil company has been fighting for years against non-discrimination protection and equal benefits coverage for their employees. For the 14th year, the issue was on the table for the shareholders' meeting this past spring, and for the 14th year, Exxon wouldn't budge.
They've even taken extreme measures to try to erase the agenda all together: Last year the company went so far as to ask the Securities and Exchange Commission for a ruling that it needn't keep including the proposal on its ballot, but was rejected.
And although before Mobil was acquired by Exxon, they had policies to protect discrimination against gay men and lesbians, and even offered benefits to same-sex couples, Exxon took that all away once it had Mobil in its clutches in 1999. It did the same thing to XTO Energy in 2009.
Exxon, it doesn't matter if you extended benefits to same-sex couples. We all know you did it, because you had no choice, and not because you believed it to be the right thing to do.


4. The Salvation Army
If those ringing bells every holiday season weren't enough to make you not want to donate, this will.
You'd think as a charitable organization The Salvation Army would be all about charity. However, that's not exactly the case. "The Salvation Army has a history of active discrimination against gays and lesbians. While you might think you're helping the hungry and homeless by dropping a few dollars in the bright red buckets, not everyone can share in the donations," Bil Browning notes on The Bilerico Project. "The organization also has a record of actively lobbying governments worldwide for anti-gay policies — including an attempt to make consensual gay sex illegal." If that doesn't make you feel uneasy, then how about the fact that they believe gays need to be put to death? Major Andrew Craibe, a Salvation Army Media Relations Director, went on public radio hosted by journalist Serena Ryan, to discuss a recent call by LGBTQ parents for a boycott of the nonprofit for its anti-gay policies and beliefs.Ryan questioned Craibe about Salvation Story: Salvationist Handbook of Doctrine, the manual used to train Salvation Army "soldiers" and members. Several chapters refer to the sin of homosexuality, including a section that cites Romans 1:18-32, which includes a admonition that homosexuals "deserved to die."
Yes, a human being, in 2013, thinks another human being should die simply because they're gay. Want to donate to a company that isn't using its money to support the anti-gay ideology? Then hit up the American Red Cross and give them some blood or your coins.


5. Purina
If you don't want your dollars to go to a company that isn't exactly gay-friendly, then put down the Beggin' Strips and Fancy Feast. Not only did Purina score a 45 out of a possible 100 on the Human Rights Campaign scale, but they also gave into the demands of the American Family Association. When asked to pull ads from Saturday Night Live because it was deemed "immoral," Purina succumbed to the demand. Yes, this was years ago, but some things never change.
Currently, the company doesn't provide a policy that protects gender identity or expression, nor does it offer health care coverage for partners of their gay employees. But hey! It does provide "soft benefits," which means your partner can get a discount on their Puppy Chow!


6. Boy Scouts of America
Perhaps, the Boy Scouts of America don't fall under the guise of a company per se, but as an organization that relies on donations, it's good to know where your money is going should you choose to hand it over to these folks.The Boy Scouts of America live by two major rules: believing in God and not being gay. To not adhere to either one, means there is no place for you in the organization.Thanks to the urging of open-minded board members and an evolving society as a whole, the BSA decided to allow openly gay boys to join as of January 1st, 2014, but there is still no budging on letting openly gay men be leaders. That’s a debate that’s likely to go on for years, but some progress is better than none at all.However, the Girl Scouts of U.S.A. don't take a stance on the gay issues. In 2011, they even permitted a transgendered Colorado girl to join, explaining, "If a child identifies as a girl and the child's family presents her as a girl, Girl Scouts of Colorado welcomes her as a Girl Scout." So, keep on buying those cookies, you guys!


7. Cracker BarrelIt's almost a laughable stereotype that Cracker Barrel would be racist and anti-gay because of its southern roots, but of course, there's nothing funny about a company that doesn't treat its employees equally.In 1991, 11 employees were fired for not displaying "normal heterosexual values," as was prescribed by an intra-company memo. Although founder Dan Evins later called this policy a "mistake," the attitude remains.Since 2008, Cracker Barrel has jumped from 15 to 35 on the HRC scale, but that’s not much. It also has yet to include same-sex couples in its benefits coverage and doesn’t have a non-discrimination policy that protects "gender identity and/or expression," according to HRC.It should also be noted that in 2004, the US Justice Department, after a long investigation, found that the chain restaurant had segregated customers, seated and served white customers before black customers, and allowed for white servers to refuse to wait on black customers.
Posted by Mistress Maddie