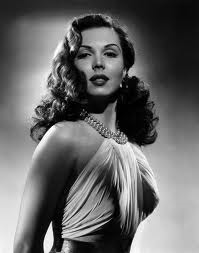 Actress and dancer Ann Miller has always been one of my favorite Hollywood sirens. Could one woman hold more beauty and talent? 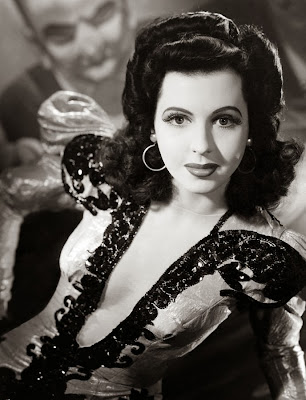 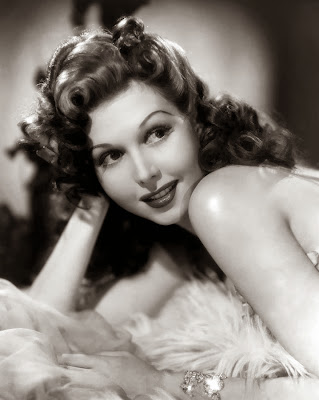 Ann Miller was an enduring actress and dancer famous for her long legs and tap-dancing speed.
Although she was unable to break through to the front ranks of movie stardom, Miller danced alongside legends Gene Kelly and Fred Astaire in a series of films for MGM in the late 1940s and early '50s, including "Easter Parade," "On the Town" and "Kiss Me Kate."
Born Johnnie Lucille Ann Collier in Chireno, Texas, Miller was enrolled by her mother in a tap-dancing school at age 5 to strengthen her legs after a case of rickets. 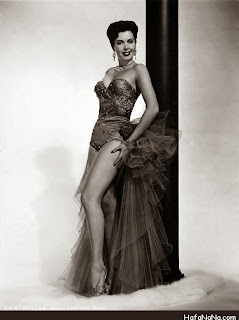 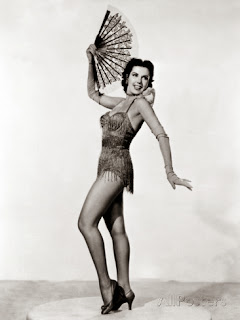 It was Lucille Ball and Benny Rubin who discovered her, and she went on the RKO Pictures and late on to become a MGM girl, making over 40 films. She was known, especially later in her career, for her distinctive appearance, which reflected a studio-era ideal of glamor: massive black bouffant hair, heavy makeup with a slash of crimson lipstick, and fashions that emphasized her lithe figure and long dancer's legs. Her film career effectively ended in 1956 as the studio system lost steam to television, but she remained active in the theatre and on television. One of my all time favorite spots was on the Love Boat, with fellows friends Carol Channing, Ethel Merman and Della Reese. It reminds me of the Mistress showing up for dinner.........


After years of refusing film offers because she hated the nudity and violence that had become almost a cliche in contemporary pictures, she went to work with one of the screen's most controversial directors, David Lynch, with a double role in Mulholland Dr. (2001), a film featuring both nudity and graphic violence. Of course, that wasn't what she had signed on for originally. The project was planned as a TV series for ABC, with Miller playing the eccentric landlady at a Hollywood apartment complex. When the network passed on the pilot, Lynch found funding for additional scenes and turned it into a feature. Miller's part became a double role. Her surprise appearance as a Hollywood hostess at the end gave fans a last look at their favorite and an inkling of what she could have done had she had time for more non-musical roles. 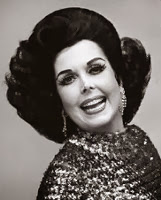 Miller died, aged 81, from lung cancer and was buried beside her infant daughter Mary, whom she loss from a fall down a flight of stairs. For her contribution to the motion picture industry, Miller has a star on the Hollywood Walk of Fame , a Golden Palm Star on the Palm Springs, California, Walk of Stars was dedicated to her. To honor her contribution to dance, the Smithsonian Institution displays her favorite pair of tap shoes, which she playfully nicknamed "Moe and Joe. She passed away in January 22, 2004.
Posted by Mistress Maddie at 9:00 AM