Bennett and Winehouse- Body and Soul

As you all know I LOVED Amy Winehouse. I'm still wearing black and it will be at least another two months till I can switch to purple! But nearly two months after her shocking death, the final video and song recorded by the late British soul star dropped yesterday, her birthday yet, and it shows the "Rehab" singer in fine form. She looked amazing!!! 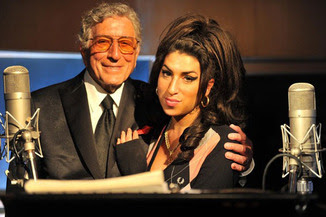 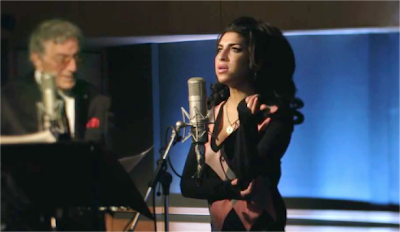 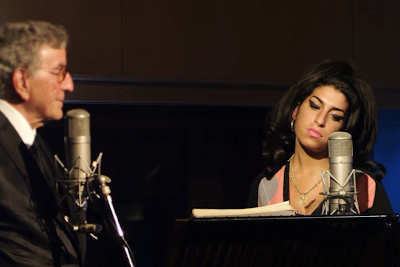 The duet with jazz icon Tony Bennett on the standard "Body and Soul" premiered at 6 a.m. on MTV, VH1, and MTV Hits and mtvU and was repeated on an hourly basis throughout the morning, after which it was available online on MTV.com. The clip opens with Bennett taking the lead as Winehouse looks on coquettishly, often seen in soft focus as the elder statesman sings, "My heart is sad and lonely/ For you I sigh, for you dear only." I'm am in awe. A very big thank- you and hip tip to handsome Howard and his lovely blog Soundtrack to my Day for sharing this with me. And now the video. It is the best thing you'll hear all day. I miss her.

Posted by Mistress Maddie at 9:40 AM