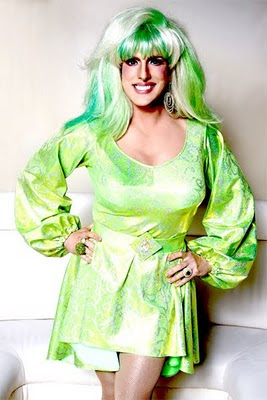 Hedda Lettuce, the six-time Drag Queen of the Year Award-winner (HX magazine), has received national acclaim for her poised characters, startling satire and original music. Hedda lures you into the funniest scenarios on stage with her ultra-candid, shimmering wit. Drag-debutant, Miss Lettuce, has established herself as one of New York City's premiere queens in classic cabaret venues. And here's more of Hedda in episode 4 of The Queens of NYC! And can you say CATTY!