Poor little Buster Bolfig Borghese was not happy a few days ago,  has he had his first drama at the vets. The ex boy-toy had noticed a bump form under his eye,  and turns out he had a abscessed tooth. So after a week of antibiotics,  back to vet again, put under gas, and the tooth removed. Upon getting back to the Casa he was passed out and OVER the drama! The Master of the Casa may give problems next visit. He has a keen memory. He forgives, but doesn't forget. CODFANGLERS he says. 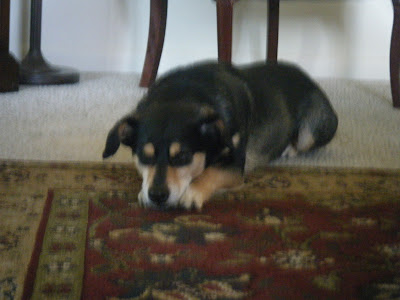 Buster loves a sunbeam in the mid to late morning that comes in from the window. He's like a frog on a lilly pad, and won't budge. 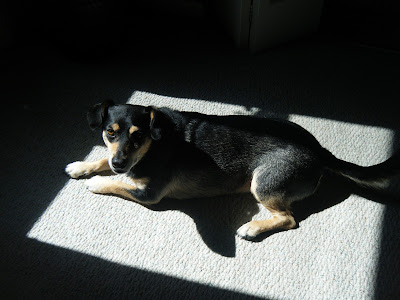 Buster for some reason likes wet towels, and will often go pull my towel after use off the rack and lie on it. He knows not to do it. This is the look right before he knows I will give in, put my gin down and kiss his wet nose. You'll notice the tail is in movement. 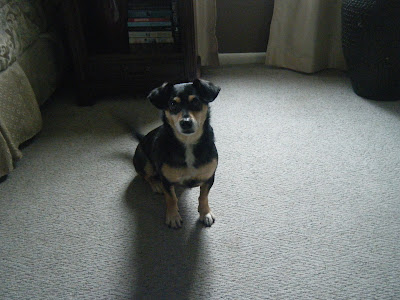 Here is Buster trying to look pulled together and well mannered for a photo op for his God  Diva, Tabitha, from Bourbon and Pearls. 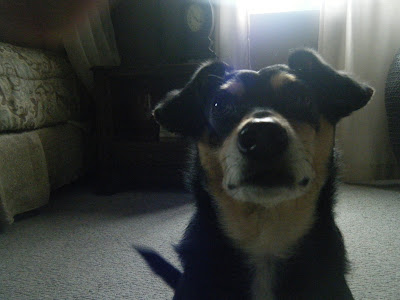