A while back I did a post on the fabulous Iris Apfel and in it did a snippet of Carrie Donavan. Ever since then it got me to thinking of the talented women who use to set the fashion world for a damn good spin and still do! They set trends, had a good eye for impeccable details and talent, and had fabulous fashion statements and sense themselves. Will we see any new ones, who knows, but here are my favorites to remember- 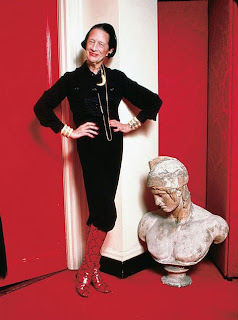 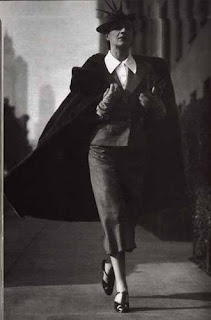 Diana Vreeland was a noted columnist and a legendary editor in the field of fashion. She worked for the fashion magazines Harper's Bazaar and Vogue and the Costume Institute of the Metropolitan Museum of Art .A cigarette, a saber tooth necklace and a “living room in Hell, these might be the first things that come to mind at the mention of Diana Vreeland’s name. Diana Vreeland is even more vital and relevant today than at the time of her death in 1989. While her reputation in the fashion world is well known, the actual breadth of her career and extent of her reach is immeasurable. The true gold standard of fashion and style credibility, Mrs. Vreeland is responsible for launching many iconic careers, establishing countless trends that have stood the test of time, and bringing an unprecedented and incontrovertible perspective to the fashion world that has scarcely been seen since. And the woman could give a good quote- "Balenciaga did the most delicious evening clothes. Clothes aren't delicious any more." In the 1995 film To Wong Foo, Vida Boheme gives a copy of Vreeland's autobiography to a thrift-store clerk and tells him to "commit sections to memory. " Later, the clerk quotes a passage that reads "That season we were loaded with pizazz. Earrings of fuchsia and peach. Mind you, peach. And hats. Hats, Hats, Hats, for career girls. How I adored Paris." 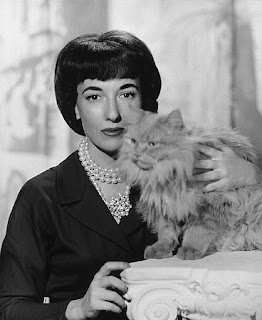 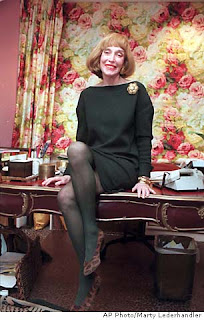 Helen Gurley Brown, is an author, publisher, and businesswoman. She was editor-in-chief of Cosmopolitan magazine for 32 years. In 1962, at the age of 40, her bestselling book Sex and the Single Girl was published. In 1965, she became editor-in-chief of Cosmopolitan and reversed the fortunes of the failing magazine. During the decade of the 1960s she was an outspoken advocate of women's sexual freedom and sought to provide them with role-models and a guide in her magazine. She claimed that women could have it all, "love, sex, and money", a view that even preceding feminists did not support at all and has been met with notable opposition by advocates of grass-roots devotion of women to family and marriage. Due to her advocacy, glamorous, fashion-focused women were sometimes called "Cosmo Girls". Her work played a part in what is often called the sexual revolution. In 1997, Brown was ousted from her role as the US editor of Cosmopolitan and was replaced by Bonnie Fuller. When she left, Cosmopolitan ranked sixth at the newsstand, and for the 16th straight year, ranked first in bookstores on college campuses. However, she stayed on at Hearst publishing and remains the international editor for all 59 international editions of Cosmo. In September, 2008, she was named the 13th most powerful American over the age of 80 by Slate magazine 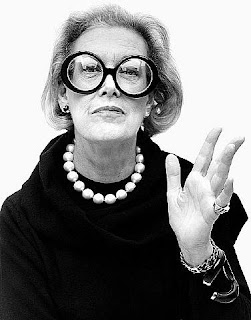 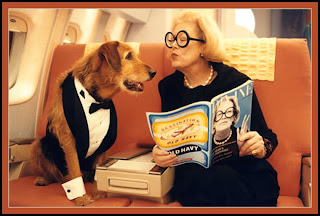 Carrie Donovan, was fashion editor for Vogue, Harper's Bazaar and The New York Times Magazine. Later in her life she became known for her work in Old Navy commercials where she wore her trademark large eyeglasses and black clothing, often declaring the merchandise "Fabulous!". Remember those? In almost all of the commercials, she appeared alongside Magic the dog and various other stars from TV and fashion.When she was young,s he mailed her own sketches for a design collection to the actress Jane Wyman, who replied with a handwritten letter. She later attended the Parsons School of Design, graduating in 1950. She worked as a journalist for 30 years but always wrote her copy out by hand, because she never got the hang of the typewriter .Ms. Donovan's career had a screwball quality worthy of Hollywood where Donovan gained recognition as a style editor for Vogue, Harper's Bazaar, and the New York Times Magazine, turning the later two into more of the heavy players in the fashion world. She was known for being able to quickly recognize talent, being among the first to praise the work of designers Donna Karan and Perry Ellis .As her mentor Diana Vreeland once told her: ''My dear, you've got the common touch!' 'Nowhere did she apply this more surprisingly than in her television ads for Old Navy, which began running in fall 1997. In all, Ms. Donovan appeared in 42 spots, including one that featured her piloting an airplane with a dog named Magic. Teenagers and grandmothers alike hailed her in the street, sometimes singing an Old Navy jingle. 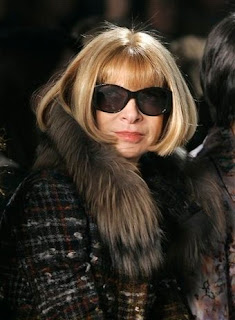 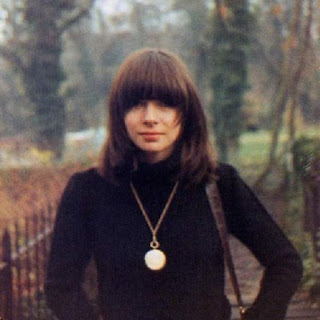 Anna Wintour is the British-born editor-in-chief of Vogue, a position she has held since 1988. With her trademark pageboy bob haircut and sunglasses, Wintour has become THE institution throughout the fashion world, widely praised for her eye for fashion trends and her support for younger designers. She can really make or break who will make it. Her reportedly aloof and demanding personality has earned her the nickname "Nuclear Wintour". She had also served as Editorial assistant, Harpers & Queen, Harper's Bazaar; fashion editor, Viva, Savvy, New York; creative director, British Vogue, and House & Garden, which she almost ran into the ground because of inserting too much fashion into. At Viva, a women's adult magazine started by Kathy Keeton, then wife of Penthouse publisher Bob Guccione, and which she has rarely discusses working there due to that connection, was the first job at which she was able to hire a personal assistant, which began her reputation as a demanding and difficult boss. She demands people to wear certain things for events, fashion shows won't start till she is there, and she even told Oprah Winfrey to lose weight before her cover photograph!!! Whether you love her or hate her, you have to admit, the woman is talented, fashionably sharp, and every issue of Vogue, along with Grace Coddington is always a treat to see. And lots of history she has made.
Posted by Mistress Maddie