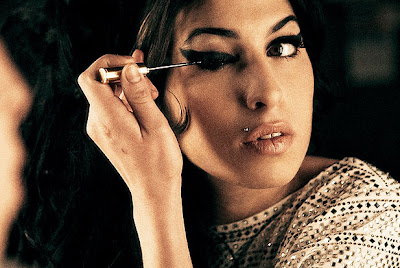 Well, well, well, today was a good day. Why you ask? Well because Amy Winehouse's new cd hit !!! And wouldn't you know the Mistress fell into three copies of the cd!!! One to keep, and two to give away to two of my lucky, swell, chic, and lovely readers who I enjoy so much hearing from. I know what your thinking. Doesn't the Mistress already give everything away? I'll let that one pass. Upon getting home it has been a relaxing night, and I did my ode to Amy with some gin and tonics, lit some candles and listened to Amy Winehouse Lioness: Hidden Treasures- TWICE! If that answers your question on what I think about it. 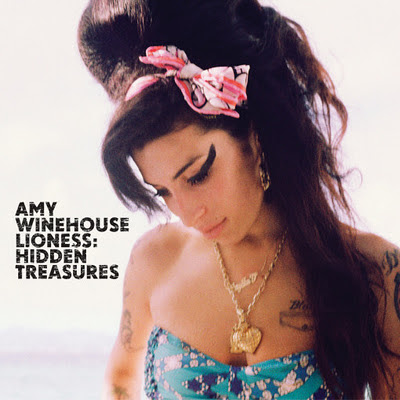 Lioness: Hidden Treasures seems to be getting mixed reviews, people seem to be saying a lot— one thing that seems almost undeniable about the album is that it has a character entirely its own. There’s plenty of variation in between the songs—there has to be when you have an album featuring both Nas and Tony Bennett—but the feel remains the same, just like it did on Back to Black. And on this one, the feel isn't of Amy the big pop star, or even of Amy the walking tragedy, but rather, just of good ole Amy, the exceptionally gifted lounge singer. There is also some inside commentary about some of the songs, some great photos of the songstress, all the lyrics to the songs and some words from her parents. The cd features Our Day Will Come, a fun version of The Girl From Ipanema, Will You Still Love Me Tomorrow, and her duet with Tony Bennett, Body and Soul. There are 12 songs in total! Annnnnnnnnyho I would like to give the other two copies out to two lucky readers of my blog. What do you have to do besides buy me a gin and tonic if you ever get to Philly? Simple, just leave a comment to this post. After a week I'll put all the names in my cocktail shaker ( don't worry, I'll make sure it's is empty first) and the Mother of the Mistress will draw the lucky two! Comments will close end of day Wednesday. I'll announce the winners next Thursday, December 15. Good luck to all and thanks for reading and stopping in, I always enjoy hearing from y'all! Tootles!
Posted by Mistress Maddie