Last night I got a treat as I was home early,well, 11 clock is early be my standards, and I got to watch Waiting for God on our public station. It was a BBC comedy as I'm a huge fan of our over the pond comedies. Have you ever seen it? It is the story of two different free-thinkers thrown together by the utter disregard of their families and the fact that they were getting on a bit, Waiting For God's title is a little misleading. 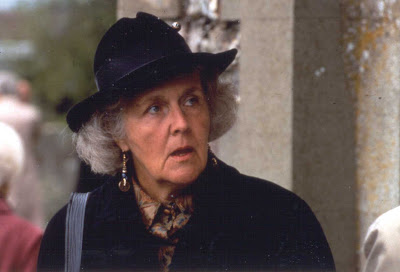 Retired photojournalist Diana Trent finds herself in Bayview Retirement Home and is pretty damn angry about it - as she is about virtually everything. Suffering fools not at all and with a nifty line in putdowns, she despises anyone who believes her useless because she's old. Chiefly among those are shiftless Harvey Bains, manager of the care home to whom his ageing charges are merely things he wishes would just die and save on the bills, and his intellectually challenged sidekick Jane who insists on trying to touch him. 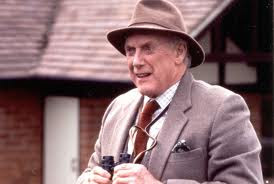 The only person she does have time for - and that grudgingly so - is Tom, a nice but somewhat otherworldly older gentleman placed in the home by his alcoholic daughter-in-law and drippy son. Diana regards Bayview very much as a place to undermine, and proceeds to do so, with Tom cheerily helping her along the way. These two together are so hilarious. Waiting for God is gloriously cast. 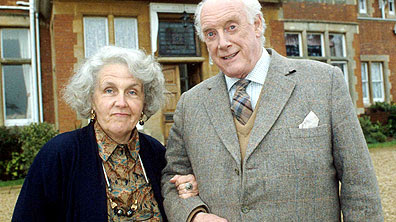 The late great Graham Crowden is masterly in his portrayal of Tom as a holy fool, preferring his internal world to the real one, so funny. Stephanie Cole has never been more imposing than as Diana. And how can you not love that theme song? has anyone else seen this? I've been watching for years and still love the repeats.