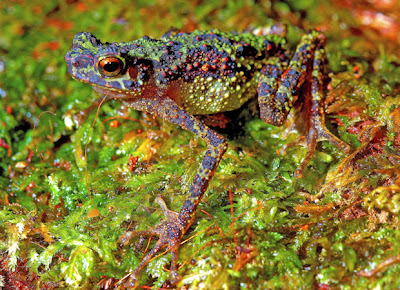 I saw this over at a blog I read by fellow blogger Mr Bluehaunts blog, The Haunted Lamp and thought Froggy would love the story. Very intresting.

From Australian Geographic-
For Nealy 90 years the only testament to the existence of the Bornean rainbow toad -pictured above - were a few sketches of the weird spindly legged creature penned in 1924 by the European explorers who discovered it. Since then the animal had never been seen again, leading many to believe it had become extinct, and the IUCN placed it on their list of the 'World's Top 10 Most Wanted Lost Frogs'. But after an 87-year wait, the psychedelic amphibian (Ansonia latidisca) has been spotted once more -and this time photographed in exquisite detail. According to Conservation International, which released the images this week, three of the toads were discovered last year in the dense forest of the Malaysian state of Sarawak.

And while I'm at it, when Froggy's house is done with all the renos, think of all the lovely gifts she could use- 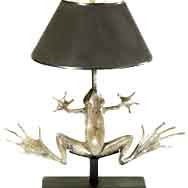 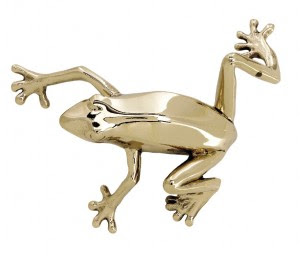 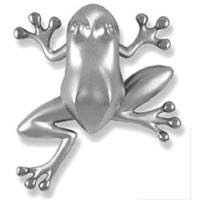 Email ThisBlogThis!Share to TwitterShare to FacebookShare to Pinterest
Labels: Frogponder, Items of intrest