A City by the Bay 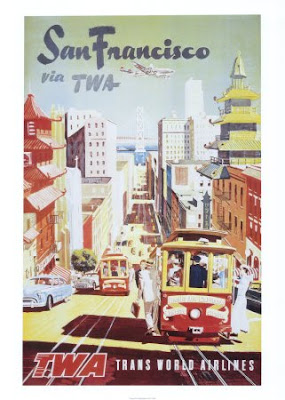 Well dear readers, I thought I should get my act together and get my pictures in order for a few posts. Can I tell ya how hard it is to get back into work after being off for 11 days? It sucks. That's how. But I must say, the Mistress and Boy-Toy had a lovely time in San Francisco! The weather was fabulous with temps mostly in the mid to low 70's and sunny the whole time. We left last Friday in the afternoon and after a few glasses of wine at the airport lounge we arrived late afternoon Pacific Time. The purpose of the trip was actually for a conference the Boy-Toy wrote a paper for, and we thought why the hell not make a whole vacation out of it? We scheduled many things to see around the Boy-Toy's presentation (which was for one hour of the entire trip) so this gave us much time to see things. So most days, after breakfast we did much landmark sighting (and seeing of many hot Castro Boys). And yes, Cali-Boi, I am aware the sales of gin went up while I was present! During our days we went about the city touring and getting adventurous on our own. And we were very impressed by the local subway system! Very quick, clean and user friendly. Some of the sights we saw were: 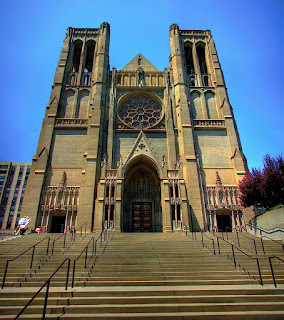 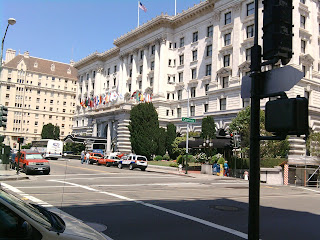 View from the top of Nob Hill, which yes, like fools, we walked up the damn hill. 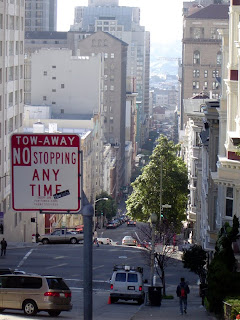 More views from Nob Hill, one of which features the TransAmerica Building. The views of this city are like no other I have ever seen. It seemed no matter where one stands there is always a spectacular view to see. 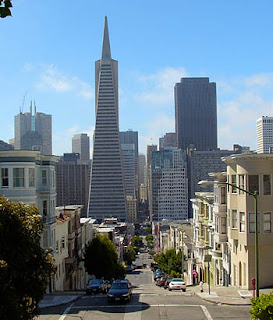 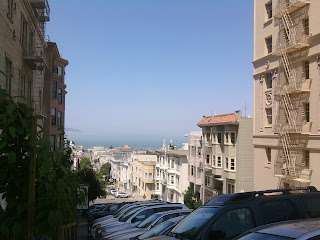 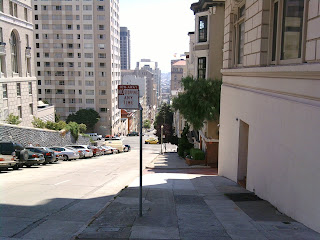 While on Nob Hill, we captured a fire escape for our dear Beth, who loves herself a few fire escapes! The second one is actually our dear Kailyn's fire escape at her old place of residence in Berkeley. Aren't they nice, Beth? 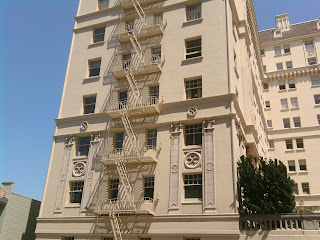 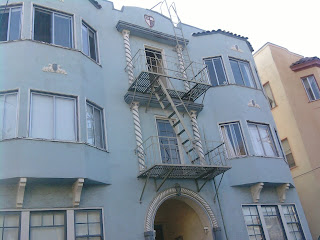 We also saw Lombard Street, the most crooked street in the country - and what a walk that was! The homes along there were just spectacular. 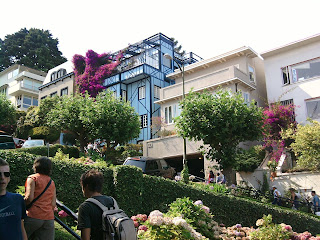 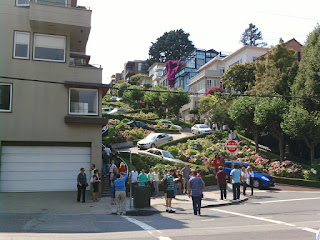 After all that walking up and down the hills we took one of the lovely trolleys back to our hotel. We hung off the side and waved and blew kisses to the passersby like a pair of fools! And what was neat about the whole trolley thing was that when the empty ones returned to the pick-up depot, they would line them up, till the filled trolley left. Two men would then move the next trolley to a turn table in the road, and then they would turn the whole trolley to face the right direction for departure! Neat, huh? 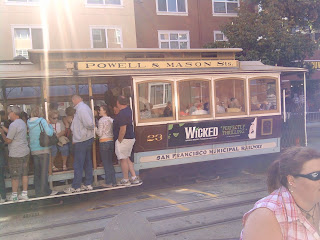 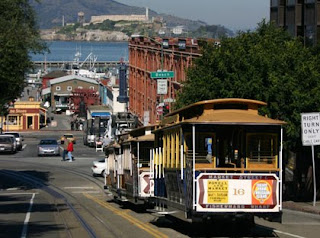 So as you can see, we saw many things in our first two days, not to mention the delish dinners and going out in the Castro-alot! Up next- Palace of the Arts and Fisherman's Wharf. Tootles.
Posted by Mistress Maddie