City by the Bay-The Castro 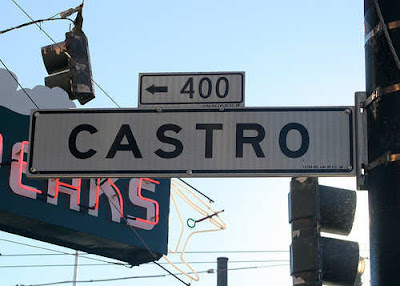 The Castro. Yes dear readers, the Mistress and Boy-Toy could have walked the Castro blindfolded by the time we left. We hit it just about everyday and would usually hit the happy hours for the two-for-ones! And how could we not mingle with the very lovely boys? I have to say it was very neat to think that the Castro was one of the first real "neighborhoods" that the gay community created, not to mention flew the first gay flag and had the first gay pride parade. Now mind ya, this old broad isn't new to an all gay neighborhood. I have been in the village in New York many a time. But the feel of the Castro was very different. It was just wall-to-wall men everywhere! The streets, the clubs, the shops, just everywhere you went. And friendly! And proud. The community there seemed very tight and close and they were proud to be gay. From our hotel, we were several blocks, so we would take the MUNI system to the Castro. We did walk one day and went to see the City Hall Building where Harvey Milk and George Moscone were killed. 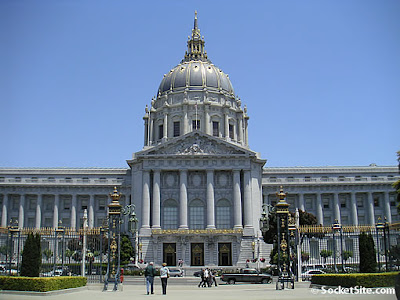 Very somber too see and we even visited the Harvey Milk Plaza. A great piece of gay history to see. 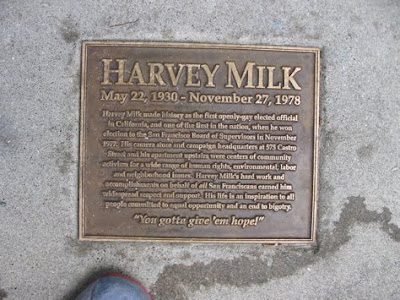 Saturday was our first big night out in the Castro, as we had dinner there and then proceeded with the drinking. The Cafe was the only real "big" dance club and was it packed! Some of the other bars we visited were- 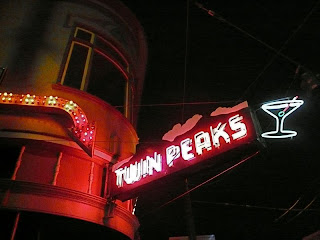 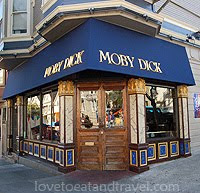 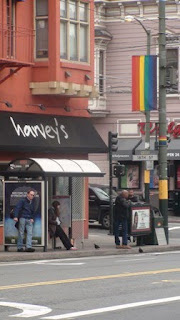 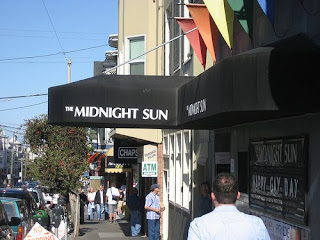 And this wasn't even but a hand full of the bars and clubs we visited. And we met some very nice people. The Boy-Toy even talked to someone who had grown up in his hometown for God's sake. Small world. We shared a cab one night with a gay couple from England who were down the street from our hotel, both very nice. And at another bar the Mistress got her jewels grabbed! I told him, I don't pop my cork for every guy I see! But what a fun night-time crowd they get, plus the one night, we were able to hang with Kailyn which was very neat. I couldn't imagine seeing and drinking on the Castro without her, at least once. We also did our fair share of shopping. 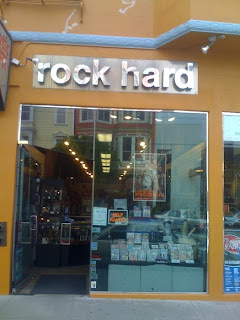 Yes, we did go in many a store like the one above, and I'm happy to report everyone on my Christmas list is now done! While we didn't purchase anything there (edited by Boy-Toy: ummm, really?) we did buy some clothing. And I'm here to tell ya, we drank right up till we caught the train to the airport on the last night. They are called happy hours for a reason. And here are some shots of the Castro...plus Peaches Christ plugging Midnight Mass! 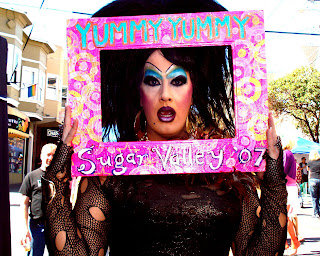 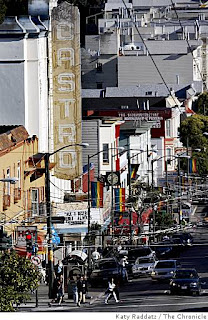 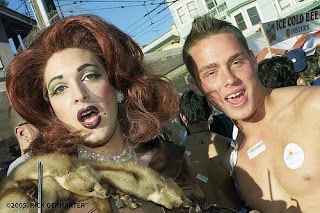 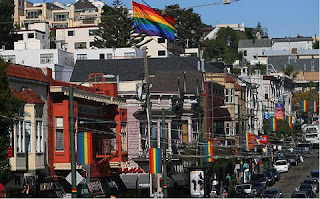 And it was very hard to leave. The Mistress was in heaven with all the South American varieties of men!!! It was like being at the farmers market, with the wide selection! But alas, we had to leave for home. We will miss San Francisco, but we have many fond memories to take back with us. I'm sure I forgot something, but you get the point, we really enjoyed ourselves. And we will DEFINITELY be back. Now today the Mistress is heading to Rehoboth Beach later to visit some friends. Where hopefully I will enjoy the beach and a cock-a-tail! Tootles!
Posted by Mistress Maddie