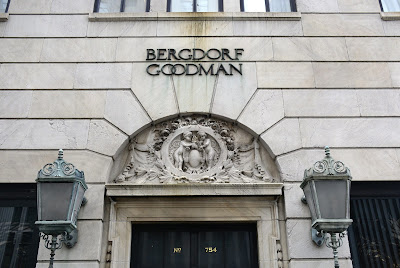 As a reader of this blog will tell you, when it comes to the windows of the holiday season, Bergdorf Goodman is almost always, hands down my favorite. This year’s theme at Bergdorf’s...a ode to New York City, highlighting some of the cultural institutions that make the city famous, such as the Museum of the Moving Image, the New York Botanical Garden, and the New York Philharmonic. I loved the window that was a tribute to the American Museum of Natural History since it featured glittery dinosaur fossils and a mannequin in a silvery dress. 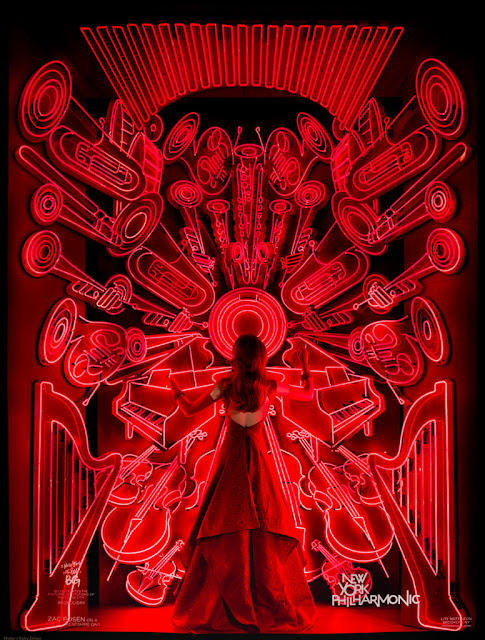 In the New York Philharmonic, standing before an astounding sculptural starburst of red neon musical instruments, a conductor leads her orchestra. The visual tempo accelerates dramatically toward a final flourish, and her audience demands an encore 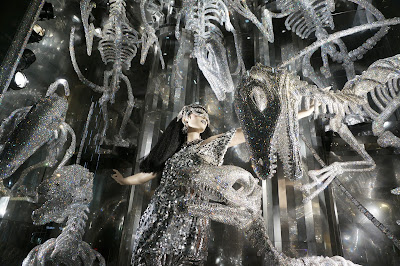 In a sparkling, classical setting based on architectural features of the museum’s lobby, the Museum of Natural History, a band of bejeweled dinosaurs encircle their ringmaster, mesmerized by her luminous presence. 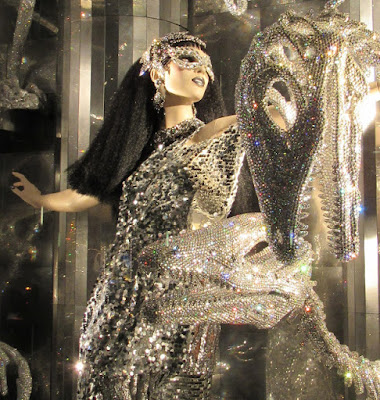 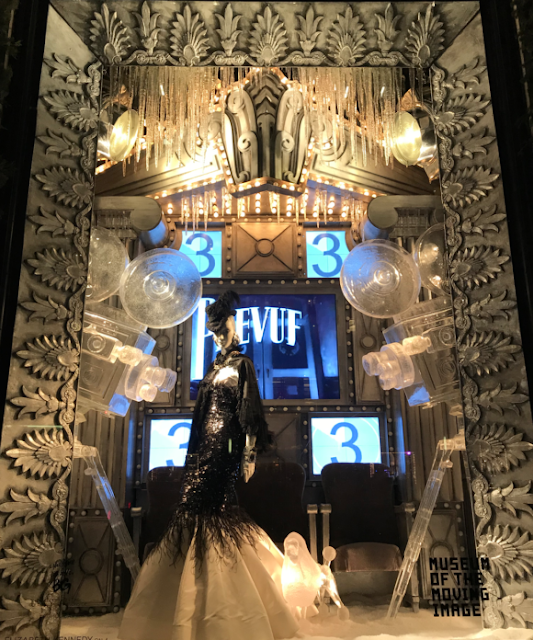 In the Museum of Moving Image,  with its eclectic visual references, pays homage to New York City in wintertime, to the history of filmmaking, and to the allure of mid-century Hollywood. A pair of icy film cameras flanks an extravagant Art Deco movie marquee, while a dazzling large-screen montage of black-and-white film clips adds visual motion. Spotlights illuminate the leading lady In the New York Botanical Garden window, as if in a dream, two gardeners rest in a surreal botanist’s library, amid a proliferation of soft-sculpture plant life. Trees, plants, and flowers have been hand-rendered in a variety of fiber arts 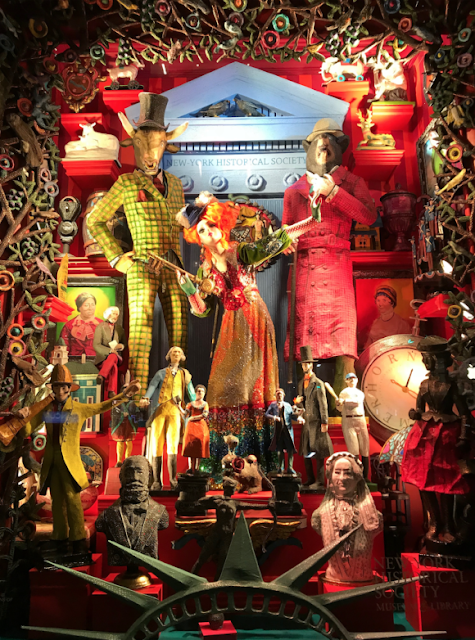 With a key to the city in hand, a tour guide presents a trove of New York City historical artifacts, both diminutive and monumental. This ensemble of vivid papier-mâché portraits and sculptures are actually witty reinterpretations of objects from the collection of the New York Historical Society.

Truth be told, most of my favorite looks were actually on the 58th Street side of the store, across from the Plaza Hotel.It seemed to me that while the backgrounds were tributes to the city—the Empire State Building, the Chrysler Building, Grand Central Terminal, the founding fathers (a tribute to the Broadway hit “Hamilton” I am sure)—the clothes were tributes to the socialites of yore! I have been reading Truman Capote lately and have Babe Paley on my mind because of it, so I can’t help but see a bit of Babe and the other society “Swans” Truman so loved to pal around with. 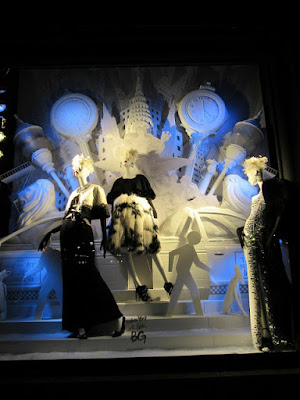 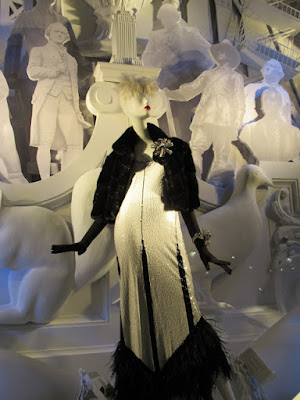 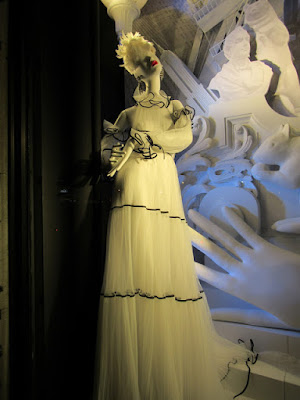 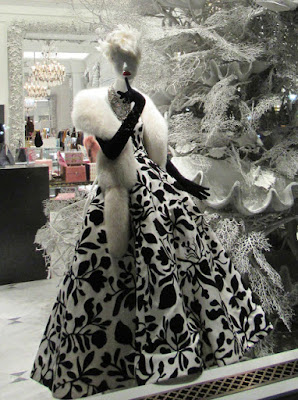 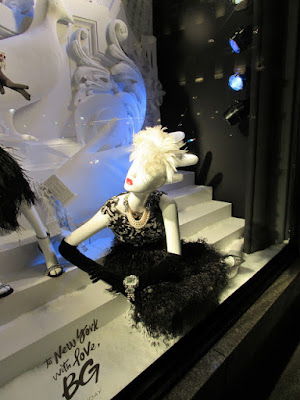 And of course, no other store, to me anyway, can surpass Bergdorf 's in such a elegant interior of sparkle and opulence, and their attention to detail and customer service. This is cream of the crop, and their holiday décor is stunning in a white and grey color with taxidermy thru out. Can I be like Eloise living at the Plaza, except I'll just live in this store?!?! 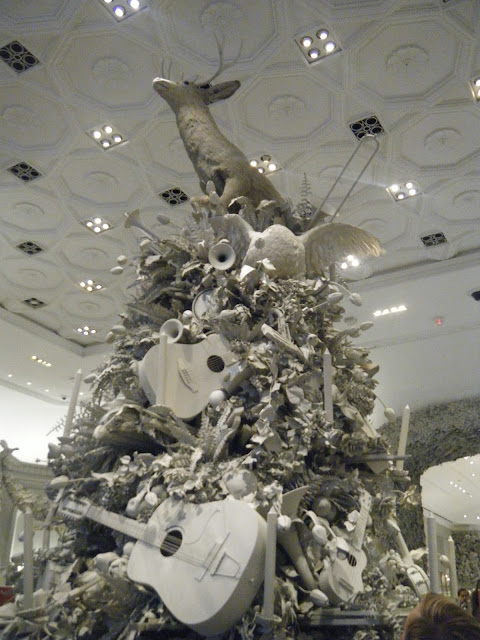 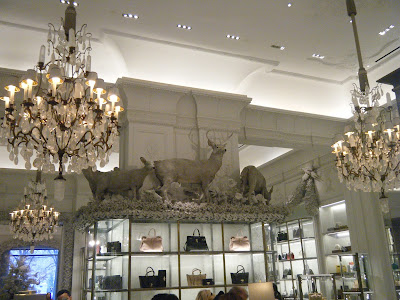 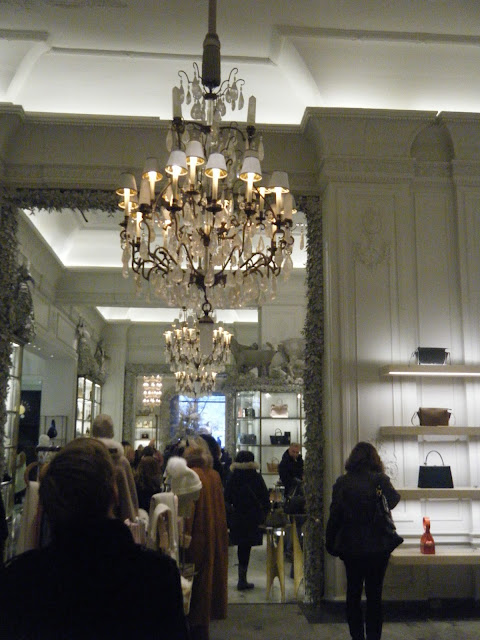 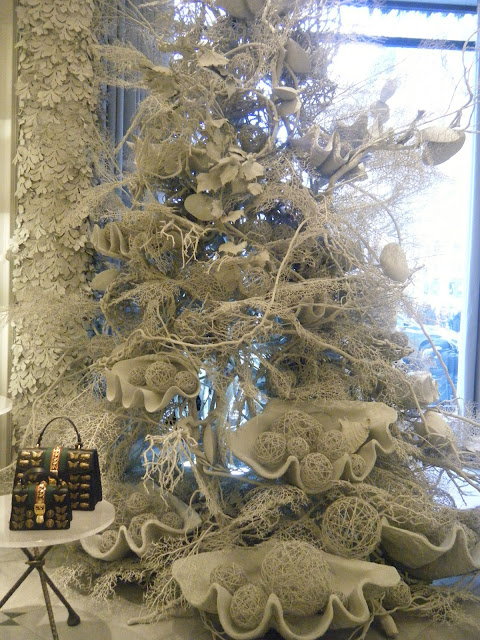 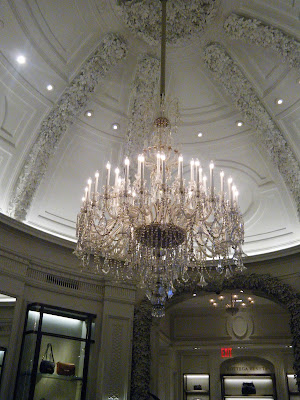 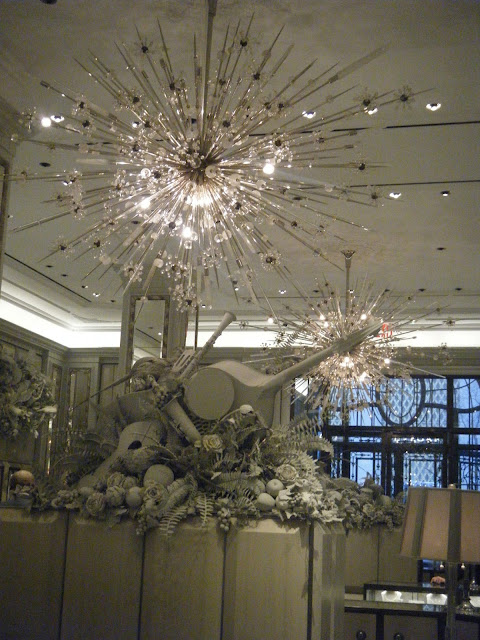 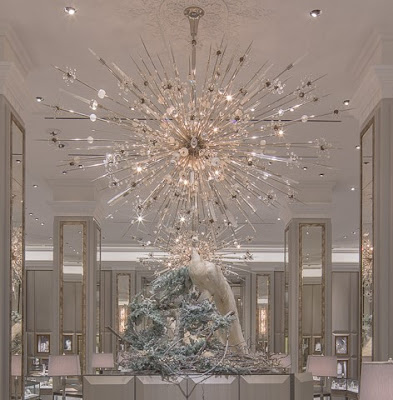