Your Mistress loves to dance, and get me into a club and I'm done! I love a good, old sounding house music ditty, and this one gets me every time. Ralpheus.

A journey ... that's the best way to describe this man's dj-sets because he can take you from a walk in the park to a roller coaster in no time! Always obsessed with music, Ralf started to spin himself at the age of 18 and had long-time residencies at big clubs as Café d'Anvers and Nunu Club, where he had the honor to share the decks with a lot of big names from the scene. Three times already did this Belgian boy play at the best festival in the world : Tomorrowland, and in 2012, he won Studio Brussel's first 'The Greatest Switch DJ-contest'. Nowadays based in Hasselt, he teamed up with different producer-friends and released several tracks over the last few years. Keep an eye on this guy because there's plenty more to come!

This song recently caught my attention on my favorite tv show, when one of the characters was  fashionably introduced,10 points if you can name it, a hint below, 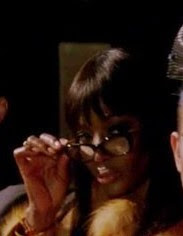 and another 10 if you can name the character who vogued to it!