From Downton, to Bates Motel , on down to Soutfork

I'm not a huge boob tube person, which is fine since spring and summer will be arriving. With vacation planning started and outdoor activities, it's rare I watch any. But I must admit, I'm still going through Downton Abbey withdrawals. I tried to watch PBS' replacement Selfridges, but just not feeling it. I am counting down the very long days to Downton's return with some new faces. 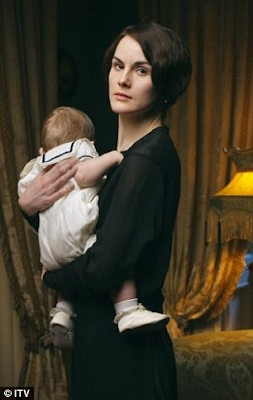 Mary has been left to bring up her son all alone after losing her husband Matthew in a shocking car crash, but the next series of Downton Abbey might not be all doom and gloom, and drapes of black, for Lady Mary. The single mother is set to by wooed by two eligible, not to mention handsome, aristocrats, according to reports. Two new male characters are set to be introduced to the hit period drama and producers have hinted that one will be May's new love interest. Tom Cullen and Julian Ovenden are just two new faces set to appear on the show playing characters who pay a visit to the Stately home in the upcoming series.

Ovenden, 36, is set to play Charles Blake an aristocrat who may also be a suitable match up for Mary. 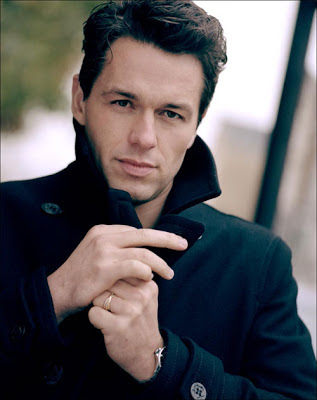 Cullen, 27, is said to be taking on the role of Lord Gillingham, an old family friend, and he is set to enter the show at a party thrown by the family to try and raise her spirits. Looking at him, I know mine are. I have already forget Mary's dead husband what's his name? 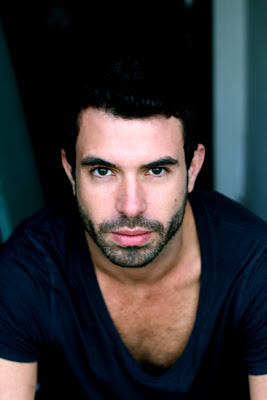 I am a little upset that Sarah O Brien, played by Siobhan Finneran will not be returning. I wonder if' O'Brien's, desire for a change of scenery, and the connection with Shrimpy's wife will take her from Downton? All I know is Downton without O'Brien is like Chris Christie without a Twinkie...Blogger Bob without the snark...even worst, the Mistress without , gasp...boys and gin!!! 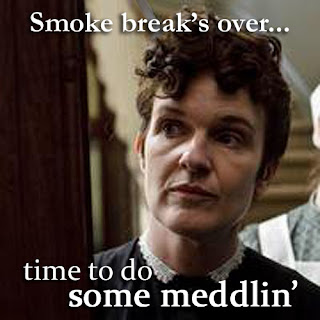 I also understand that a lady named Lady Shackleton, an old school friend of the Dowager Countess, played by Dame Harriet Walter will enter the scene and is said to be a 'force to be reckoned with' who can 'hold her own' against the Countess’s  and  Shirley MacLaine will return in season four's finale as Lady Cora's  American and very loud mother, Martha Levinson! And I sure hope Burrows and Edith get some lovin.
Now go here and find out what Downton Abbey person you are! Share with us if you like. My result?
You are Violet, Dowager Countess of Grantham. You’re the imperious, aristocratic head of your family who (almost) always gets her way, and you don’t suffer fools gladly. Though you’re often bossy, you’re surprisingly adaptable and exceptionally loyal to the people you love.
Which brings me to........ 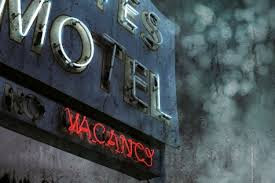 Have you seen this delicious show yet??? It is entertaining me now that the above is off and a great American Horror Story fix till it returns, although not as far out with plots, but very dark and twisted. The show depicts the life of Norman Bates and his mother Norma prior to the events portrayed in Hitchcock's film, albeit in a different fictional town ,White Pine Bay, Oregon," as opposed to the film's "Fairvale, California,  and in a modern, 21st-century setting. The series begins after the death of Norma's husband, when she purchases a motel located in a coastal Oregon town so she and Norman can start a new life. And from the first 15 minutes I was hooked. 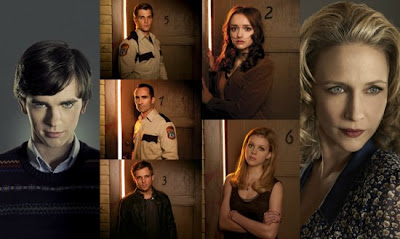 This is gonna be a ride and the cops on this show .....where is my fan? Very well acted to I might add and very creatively done.
Which now brings me to good ole Southfork Ranch......... 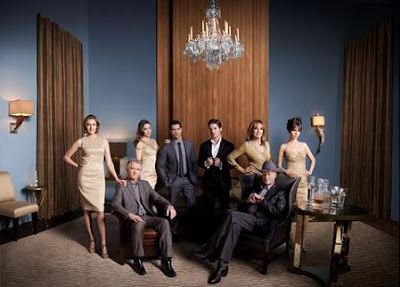 Now I have to say I have been surprised how entertaining this show has been. I watched the original series when it aired, although I was a little Lad then , but can remember the mid to later shows of it. The new version has really been true to it's roots, pays homage to long dead characters, and has brought back many blast form the pasts, like a un- recognizable Valene Ewing, who is pulled tighter than a drum........... and a plump Lucy Ewing also seen........ 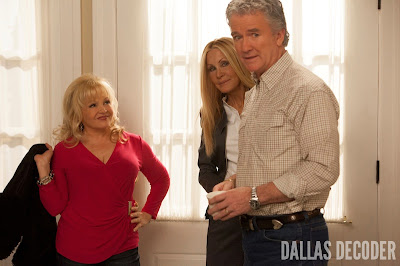 and Gary Ewing who needs work done!!!!! This season we have also seen old Cliff Barnes and a return of the bimmette Afton Cooper. I also wanted to see how they would write JR off since Larry Hagman's death, and they did it very well done. The story lines are very addictive, but what I like most has been watching Sue Ellen, who seems to have learned alot from JR, and is now involved with the company, wheeling and dealing and scheming and pulling some dirty tricks...I LOVE IT! Course you knew she would fall off the wagon after a 25 year dry spell. I love her! 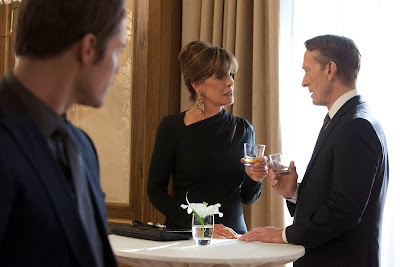 You know, I do believe she and I would be very good friends. I could hear the phone conversation now......
phone rings.....
Sue Ellen: Hello Mistress.
Mistress: Hey Sue Ellen, up for happy hour at Oil Barons?
Sue Ellen: Of course, I'm a rich Texan, aren't I?
Mistress: Oh good. They have a new 30 old malt with our name on it. Say in an hour.
Sue Ellen: oh. lets say 20 minutes, you know we hate waiting for drinks.
Posted by Mistress Maddie