The Catskills Welcomes the Mistress 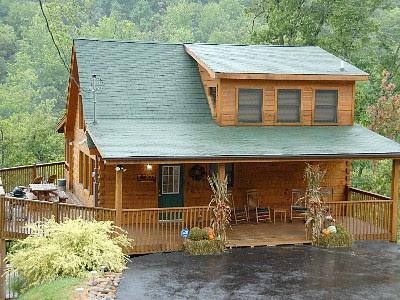 New territory for the Mistress this weekend y'all! This weekend was a new experience for sure. I had been invited by Mistress Maddie's #1 Fan and friends to go to his families cabin up high in the Catskill Mountains. #1 is home for three weeks visiting so I knew I had to go see him, although I was leery of mountains. But I thought it is a cabin how bad could it be??? So the Lad and I left Friday early and was I ever wrong!!! Their cabin was very quaint, and the views and the mountains them selves were extremely stunning! I never thought we would get there. It seemed we just kept going higher, and when I tell ya there was nothing around....there wasn't!!!! It was at least 30 minutes to the next house. I kept thinking this a going to be an all gay slasher flick waiting to happen!!! Cell phone service, hit or miss. You could have walked around in the buff and no one would see ya. Not that we did mind ya. Not us. The Catskills provided the perfect environment in which to find yourself, or lose yourself. Even now, the proximity to New York City and easy accessibility from other major Eastern cities makes the Catskills an ideal refuge from the daily grind of the rat race. The pictures below are of the little cabin. And that's isn't water in front of the cabin, it's a paved drive. Apparently their drive kept getting washed away last season from all the rain, so #1 Fan's uncle finally paved it! 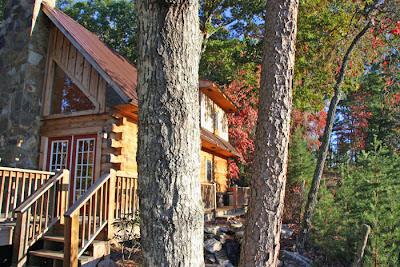 The cabin was fully equipped and had two bedrooms and one bath, and a fully equipped kitchen and all appliances. The Mistress was quite relieved to see this, as I'm not a huge camping person. But it did worry me with 9 queens trying to use one bath. Yikes! But it worked out. I never saw so much male flesh in all my live long years,wink! The boudiour pictured was the one I was in. It was three gays to each bedroom, and the last three took the sofas downstairs. I pitied the Lad and #1 Fan as I'm a huge bed hog!!!! 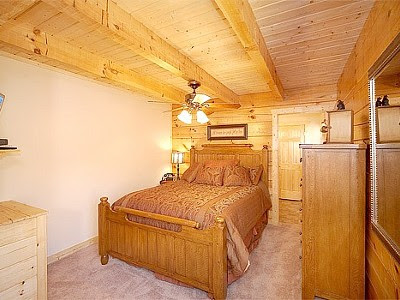 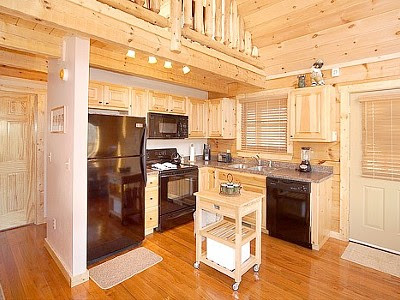 A view of the boys play pen.....I meant, jacuzzi! And what a view!!!! Out the window that is. At night I can't even begin to describe the sky just filled with stars. At least I think it was the sky. That damn gin. 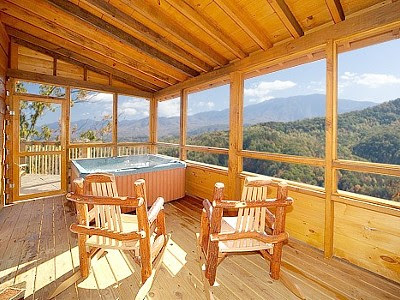 Here was a spectacular view from the one end of the deck at around 7:30am. Yes dear ones, the Mistress was up, and had only just been asleep for a hour and a half from the festivities the night before, but #1 Fan said I just had to see the morning view with the fog rolling out. And he was right. It is beyond me why I'm not a morning person, as they are quite beautiful and calm, but I think I'll always be a night owl. 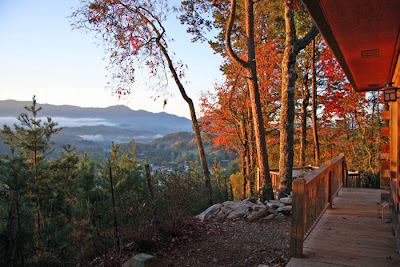 On the way up, I was surprised to find so much more foliage had changed color compared to where I live in the Philadelphia area, but remembered the cooler temps and the high altitude always affect that changing process. The highlight of the whole trip for me was Saturday's walk through the woods. Definitely got me in a fall mood state of mind!!! And I would swear the gin affects you differently that high up. 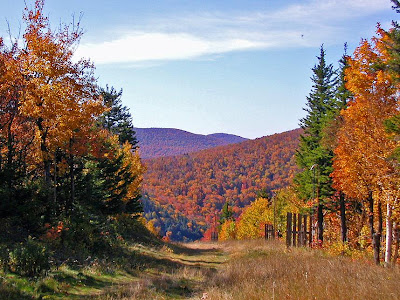 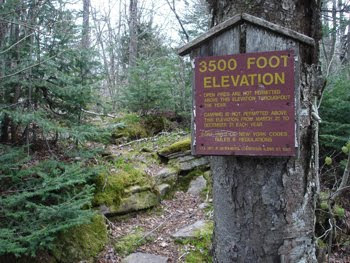 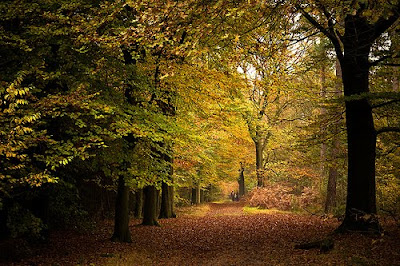 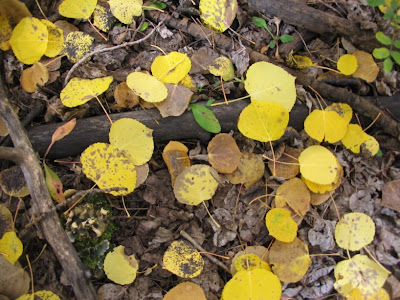 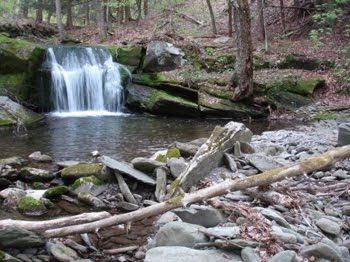 On our hike, we also saw these two stunning homes. I have no idea how far they were from our cabin, seemed like forever! But how stunning is the cottage? I wondered who lived there? 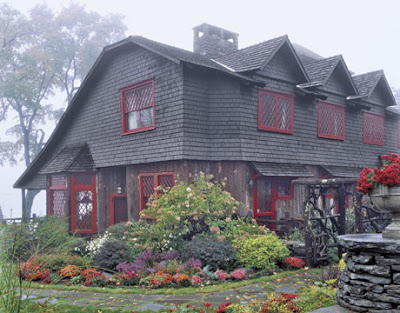 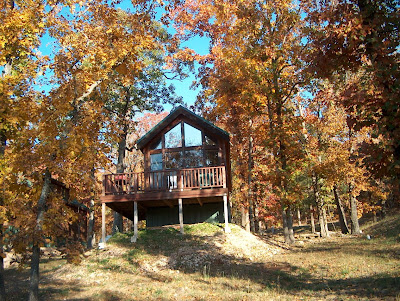 At night, I'm here to tell ya, it got COLD! I was surprised. I tell ya girls, you would have needed your fur chubbies! But luckily the Mistress knows how to build a nice, big campfire, I know how to work a book of matches and a can of Aqua Net, plus I had the boys and the gin for back up warmth!!!!! This night we had frankfurters and baked beans for dinner. Insert Blazing Saddles joke here. The other night we had steaks with all the fixins. 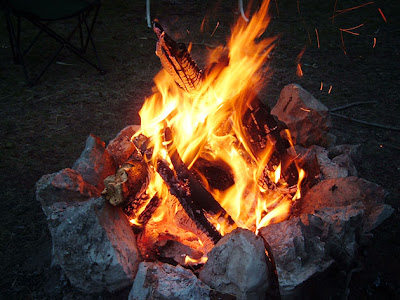 I got home today and never thought I'd get back. The drive took forever but it was well worth it!!! No traffic today since it's the holiday, and I'm very much relaxed, plus I even brought home a whole case of wine that I picked up for a good price from a local spirit store up there. I'll be feeling good this week!!! Tootles!
Posted by Mistress Maddie at 6:25 PM