Sister Roma! She was once questioned why the name Sister Roma and she said "There's no place like Rome!" 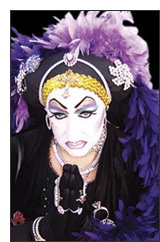 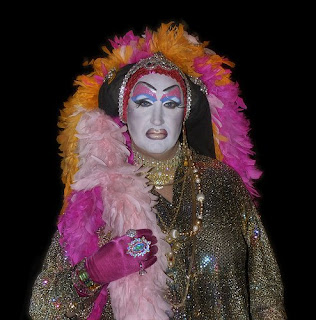 Sister Roma has been an icon in San Francisco for more than 20 years! She is a member of the Sister's of Perpetual Indulgence, a group of genderfuck artists and self described activists and 21st century nuns for the gay communities. She is also the art director for HotHouse Entertainment,and the co-host of the Tim and Roma Show about the adult entertainment industry. 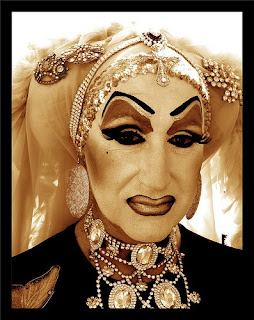 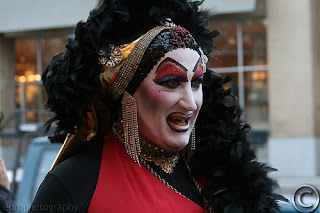 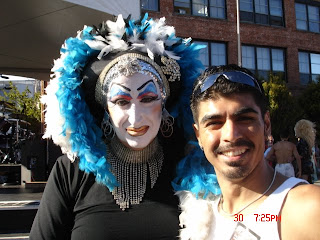 She joined the The Sister's of Perpetual Indulgence who are highly visible gay icons located in San Francisco who use their visibility to advance a host of human rights and liberal issues. Sister Roma,joined the Sister of Perpetual Indulgence who are made up of seven to make the world a better place. Together they have raised money to fight AIDS, spread universal joy, expiate stigmatic guilt, and raised tons of money for other LGBT-related charities. 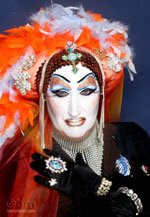 Sister Roma and a few of the other sisters also appeared in the music video for another drag queen by the name Pussy Tourette's song, Kiss. You can see her in the background acting all fabulous! I for one am glad she is a part of our community!

Posted by Mistress Maddie at 4:00 AM