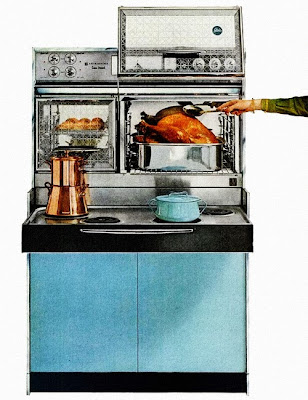 I don't know what set it off, maybe Thanksgiving, but do you remember the Frigidaire Flair stove? When I was younger I remember when my grandmother had one.... in which she prepared our Thanksgiving feast....it was a sad day for her to replace it. It had such style, and well, flair!!!!! She was the only one I remember having one. 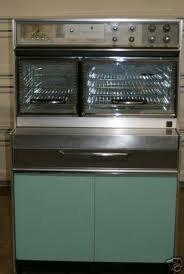 People say that Samantha Stevens had one in Bewitched. While this model had many imitators – for some reason, the Frigidaire Flair seems to be everyone’s favorite. And look at how great the Danish Modern orange looks with the pink… and the gold in this ad… and are those popovers in the oven on the left? And I love the detail on the oven doors! 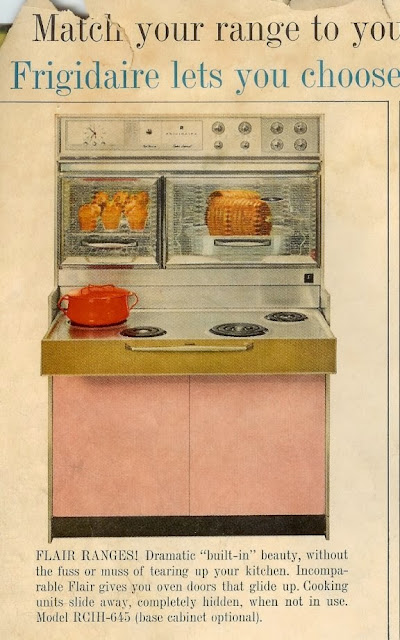 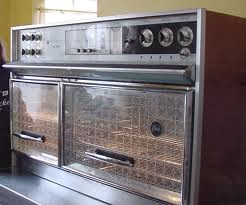 The Frigidaire Flair was introduced in 1962 when Frigidaire was a subsidiary of General Motors. The electric burners roll in and out of the appliance on a surface that functions like a drawer. When they're not in use, they just slide out of view. The double ovens ,one's a full-size and the other's a Dutch oven sit right at counter height. The oven doors lift up instead of swinging out. Aside from its unconventional looks, the design of the Flair makes a whole lot of sense and I can imagine that cooking on one is comfortable and efficient. 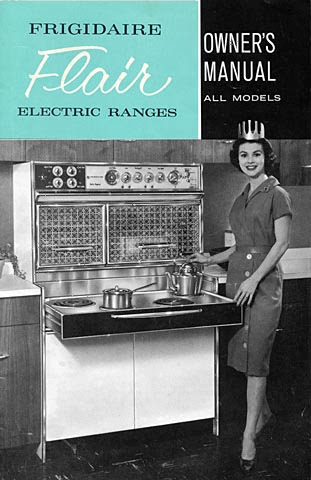 This is an ad from 1962. Frigidaire promised the Flair was The happiest thing that ever happened to cooking... OR YOU! Cooking appliances made today tend not to last for 40 years, or have the neat character they once had. But by the same token, people don't take care of appliances they way they once did either. 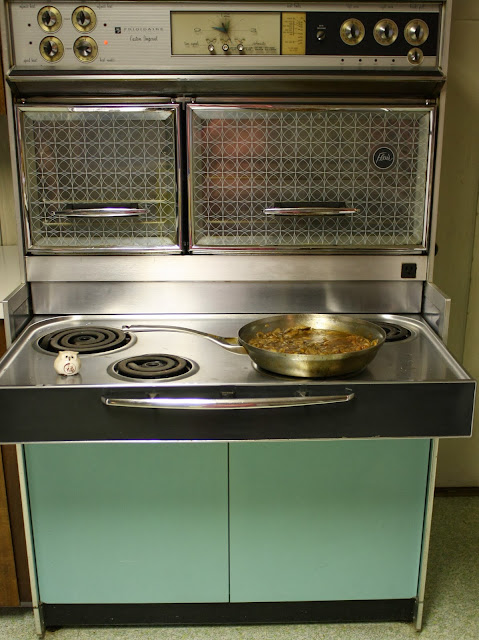 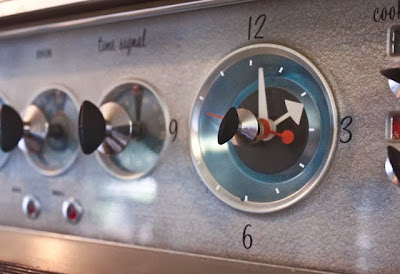 Oh dear I would love to have one now. I told you before I was born in the wrong time.
Posted by Mistress Maddie

Email ThisBlogThis!Share to TwitterShare to FacebookShare to Pinterest
Labels: vintage