Mistress Reveals the Pick Up Joints! 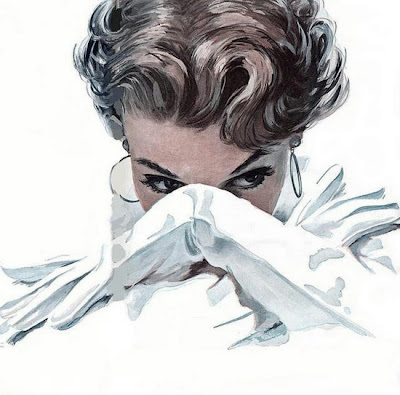 The other day a friend and I were talking and he said a guy had been cruising him for a pick up in one of the local shops. But he didn't know for sure the guy was gay. I replied, honey this is New Hope...even the straight guys are gay!!!! So it opened a discussion on what stores are more cruiser compared to others. So he asked me since I have been in retail atmospheres since my interior design days. Now I don't do sales though, I have been in the merchandising, visual display,  windows and visual styling. But back in my early twenties, when I was Miss Pier I Imports of the late 90's, it was a huge pick up joint!!!! I'm surprised they didn't have a happy hour! Not that I WOULD have have picked anyone up there....unless it was....
Marco Dapper.....or 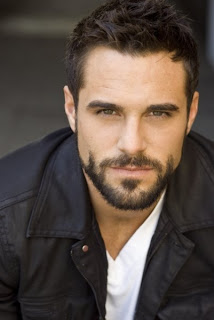 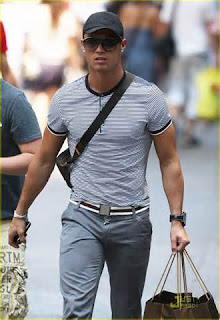 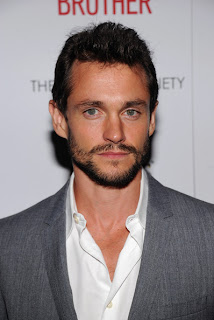 in which case I would have had them in a huge papsan chair so quick they wouldn't know what hit them!!!!!!!! I once had a guy stare me down, grab his basket numerous times, and he finally asked for help. He later telephoned the store and asked me out. Well..... very forward I told him. He wanted dinner that night already at 7pm ! I said  Oh this seems very strange and to sudden, I don't even know you. Lets make it, oh,  say 8:30 instead" Well we went to dinner.... where he revealed he had seen me weeks ago in the mall and followed me to see where I worked,  so he could finally meet me. Creeeeepy. Needless to say I never called him again. Anywho, even at the company I work for now, I have gotten asked out, and even flashed some goods in the rest room, amazing how many guys go commando,  or when passing fitting rooms!!! So there are a numbed of places I feel are good for shopping for those extra ancillary items if your looking for them. Lets see the run down shall we.......
#9 Pier 1 Imports
This home interior standard has been the spot to find buy up twinks and the butch-challenged for years. Not only can you find gay guys easily at Pier 1, but you can pick up a scented candle for ambiance. Pottery Barn is very quickly taking this spot!
#8 - Starbucks
Speaking of grabbing coffee, you'll find plenty of gay men at the local Starbucks. The mammoth chain always has at least one queer barista per store and a baker's dozen online at the tables. If you see the apple of your eye cruising Manhunt, invite him to munch your muffin instead.
#7 - Home Depot
There's a reason why this store's nickname is Homo Depot around here anyway.  Who doesn't want a big butch man who knows how to use his power tools? Ask Mr. Fix It for advice on how to clean out your plumbing or what size bolts you'll need to install the trapeze above the bed for Saturday night numbers!

#6 - The Apple Store
Everyone needs a genius in their life, especially this lack of tech bitch. Whether it's the emo kid working sales, the sexy tech guru behind the counter, or the college kids spending mom and dad's money on iPhone covers and laptops, the Apple Store is chock full of hot guys with taste, smarts, and money to spend

#5 - Macy's
Ah, the good old fashioned department store. From the makeup counter to the men's suit department, there's plenty of gay employees to choose from. See the shopper staring longingly at the Calvin Klein underwear? Grab a pair and tell him they'd look good laying around his ankles!
#4 - Target
Who doesn't know a gay guy who works and/or shops at Target? Enough said.

#3 - Gap
See that guy checking out his ass in the mirror? Tell him he rocks those khakis like an African explorer. Let him know you've got experience handling big snakes and invite him on a private safari.

#2 - Whole Foods
Just about any grocery store is perfect for picking up a man. There's a reason why single women in the 70's and 80's swore by the produce section... Is he shopping for one? Target sighted.

#1 - PetSmart
The man who's willing to spend big bucks on his dog is begging for attention and adoration if you ask me  Let him know you'll always be happy to greet him at the door and he'll follow you home like a puppy.
And I won't even get into what one friend was doing at Banana Republic. Lets just say he took customer service to a all new high! Tootles!
Posted by Mistress Maddie at 9:58 PM