Draggin at My Wild Tea Party

Well, no one more than me, is glad to put this week to bed!!! So if you'll just hush, I'll explain my absence. Between regular work duties, a huge store visit, training a new assistant, and last weekend, the ex- Boy Toy had emergency appendix surgery, so my little Buster Bolfig Borghese has been with me ever since!!! The highlight last week was a charity drag show for Philadelphia AIDS Thrift, which is incorporated in Pennsylvania as a non-profit business. They are also a federally recognized tax-exempt charitable organization. Their mission is to sell the lovely, useful and interesting stuff generous people donate to their thrift store and then distribute the proceeds to local organizations involved in the fight against HIV/AIDS, and to hospice aids houses. Miss Miriam Webster talked the Mistress to coming out of retirement, in a rare appearance, for the event, and in addition, Miriam also hooked up the Drag Race tour with the show , which brought a huge amount of funding in! Present were Raja, Manila Luzon, Carmen Carrera,Nina Flowers, Morgan McMichaels, Yara Sofia, and Raven! All of which except for Yara were much taller than I expected, but all very stunning and sweet as pie! 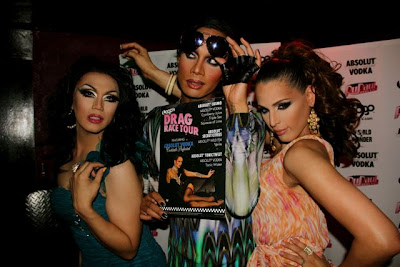 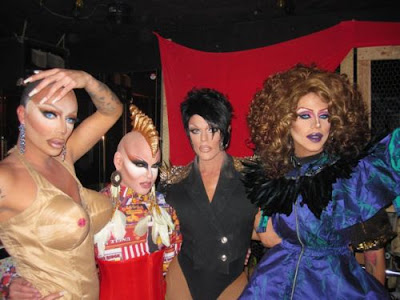 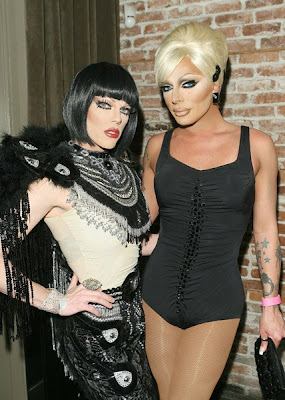 And then there was the Philadelphia queens. Here is Miriam Webster and Satine Harlow. These girls are part of Mimi Imfurst's The Dollhouse Revue at Voyager on Wednesday nights. Mimi's is really bringing quite the drag show with the Dollhouse! 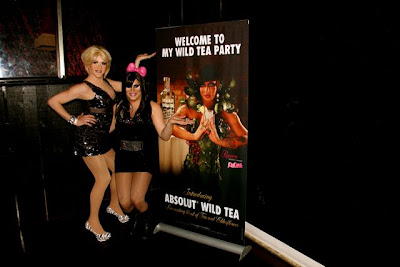 Miss Porcelain and Missy Maven on the right. Rumors are abounding about Missy for a possible Drag Race season 6 dragtestant! 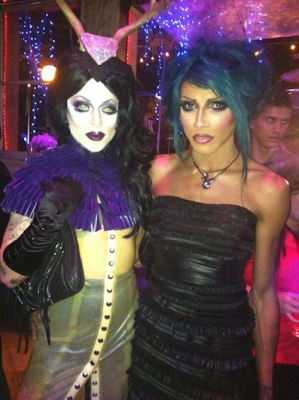 I have no idea who the last drunken harlot is. 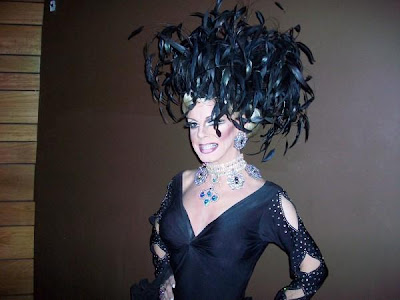 The show was a huge success and raised much needed funds for further operations. Now the Mistress is tucking everything away again till next time. I had forgotten how much time it takes for make-up, pulling in, layering, hair in place , and the minding of carrying your self proper all night. The fabulous feather hat was a huge thank you to the creative talents of Christian Marcus David Millner! Tootles till later lambchops!!!!
Posted by Mistress Maddie at 9:13 PM