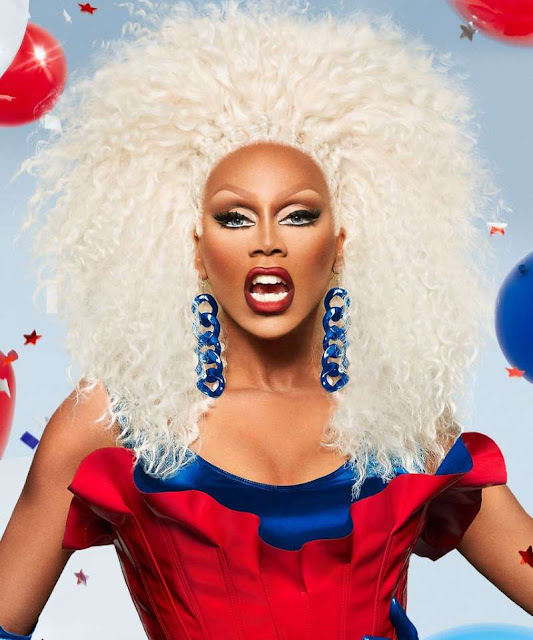 They’re here! And they’re oh so very queer!  Drag Race is coming roaring back into our lives once again, FOR THE 12TH time, with an entirely new crop of queens, whether we’re prepared for it or not, although, I'd like to see RuPaul hang this up on the 13 th season. I mean how many more different queens can she add to her arsenal of Drag Super Stars? Ru herself has said she'd like another comedy queen to win this season. I’d hate to see this cultural phenomenon burn itself out on the public, with season coming fast and furious... although it should be noted, the Drag Race franchise is still riding high on Emmy wins, big ratings, and the critical acclaim afforded to its UK version and this crop looks fun and probably more diverse then past seasons. I can tell you Brita Filter, Gigi Goode, Crystal Methyd, Jackie Cox and Sherry Pie are my favorites to watch for. As always I find it fun to place the queens how I think they will leave...so take my T very lightly hunties. 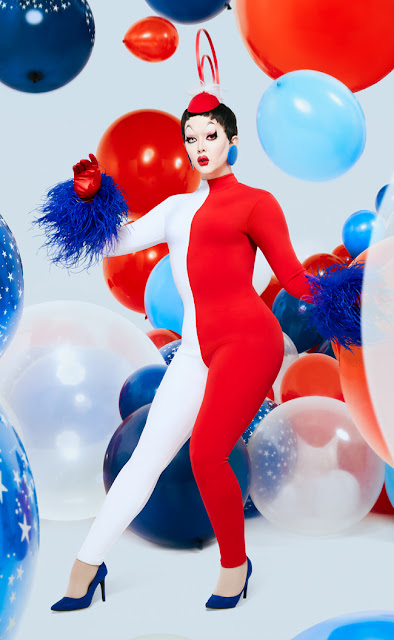 Hailing from rural Georgia, it’s apparent Aiden Zhane is attracted to the darker side of life. Horror films, Marilyn Manson, and weirdness all inform her outlandish – and original – spooky persona. But do we need another Yvie Oddly? 10th place. 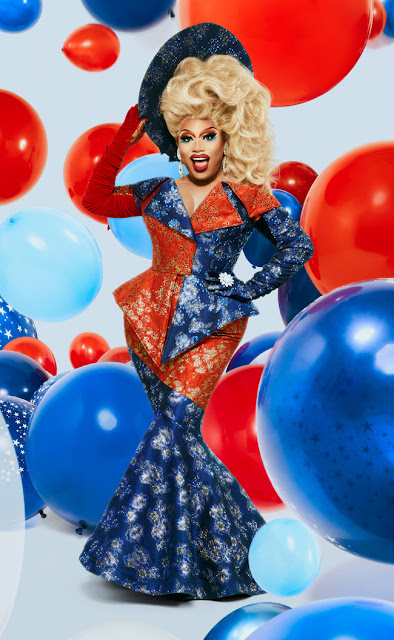 Everyone who's anyone in the scene or drag, or lives in New York City knows Brita. That’s because this hard-working Polynesian queen captivates audiences with her famous lip-syncs … no less than seven nights a week. I have long adored her and her hilarity and I'm all about her wigs and ensembles. I would love to see a win, but I think she'll place 7 or 8th. 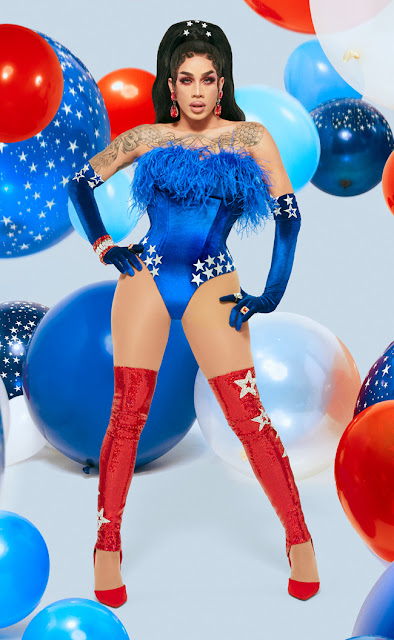 Originally hailing from Brooklyn, Dahlia Sin emerged from the Haus of Aja (of Season 9 and All Stars fame). Now this look queen lives in LA, where she wows the west coast with her urban brand of sexiness. 13th place. 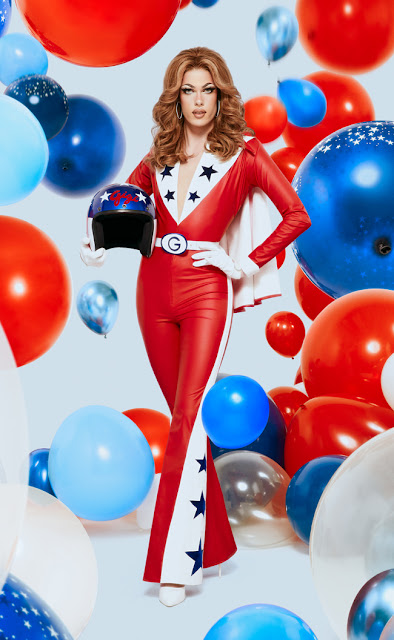 This leggy fashion queen is only 21, but enters the competition with a sizeable social media following. Gorgeous fashion illustrations come to life and make her Instagram fans stand. Gorgeous... A top 5 queen. 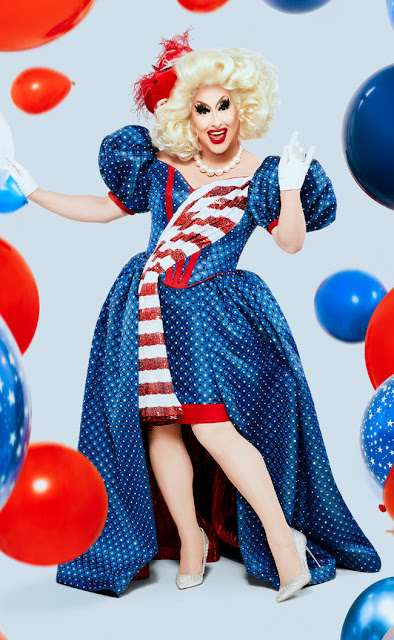 A campy, polished queen who knows her references, Sherry Pie will leave an audience in stitches, TRUST ME. And with Lucille Ball and Carol Burnett as her icons, she’s certainly learned from the best. She is one of my front runners to win this. I adore this bitch. A top 5 queen. 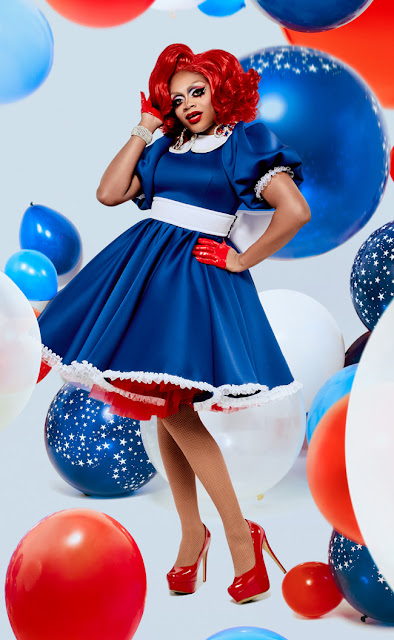 Heidi comes from Ramseur, a small country town in North Carolina. She playfully says there’s little to do there except count chickens and cows. But her infectious persona is sure to make her a global name very soon. 7th place. 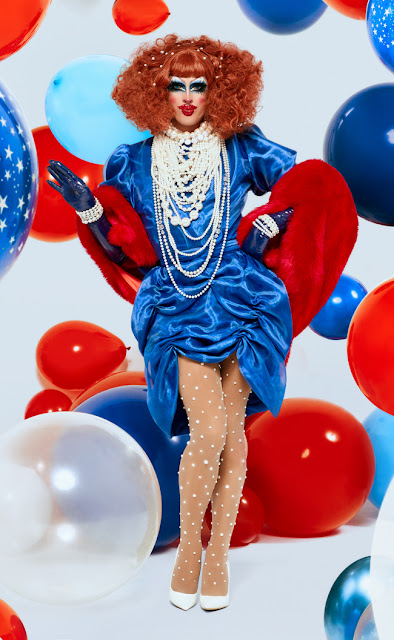 The only thing Crystal Methyd is addicted to is attention. And with her quirky fashions, incomparable makeup skills and screwball sense of humor, she’ll certainly be catching the judges’ eyes. Loves the name!!! A 6,7 or 8th placed queen. 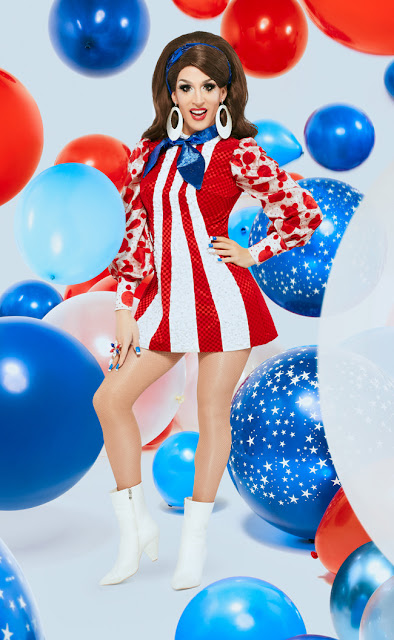 The Persian princess of drag has arrived. Born in Canada and with Iranian heritage, Jackie Cox now considers the New York cabaret stage her home. She loves to write her own shows and bring them to life. A top 5 queen. 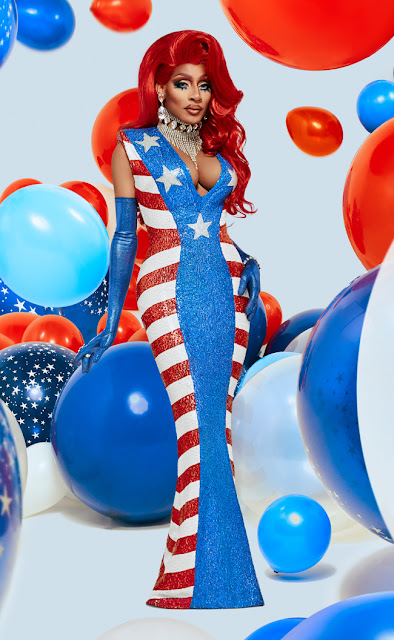 Jaida Essence Hall always strives to be the essence of glamour. She originally wanted to be a fashion designer, and now gets to both live that fantasy and model her own gorgeous creations. A top 5 queen. 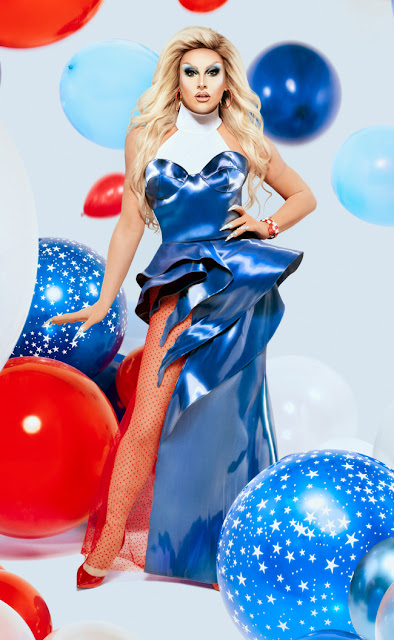 Jan is a musical theater queen and skilled singer, who can belt in the original key of a female popstar’s song. Ambitious and driven, she’s looking to slay the Drag Race performance challenges. She is also part of the music group, Stephanie's Child, along with Lagoona Blu and Ros'e. They are pretty good.  9th place. 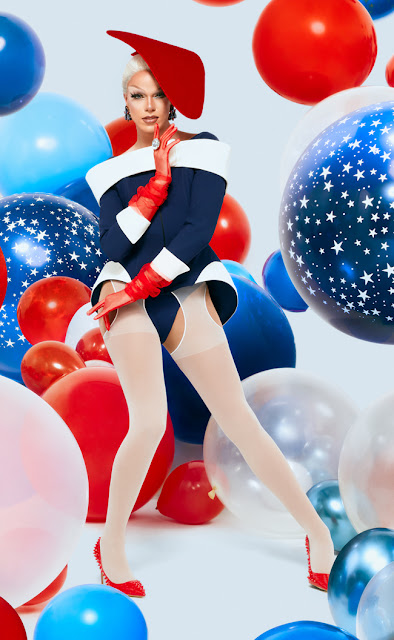 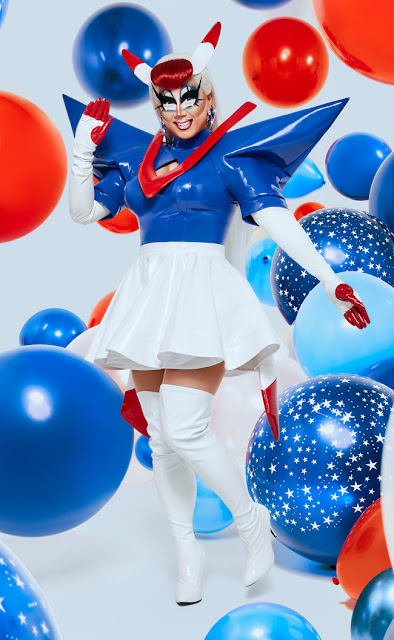 Rock M. Sakura’s aesthetic is an amalgamation of anime, manga, and anything pink. With her high-energy death-dropping performance style and dirty sense of humor, this is a queen who defies categorization. I don't see a win...she is too close to Trixie Matell's look. 12th place 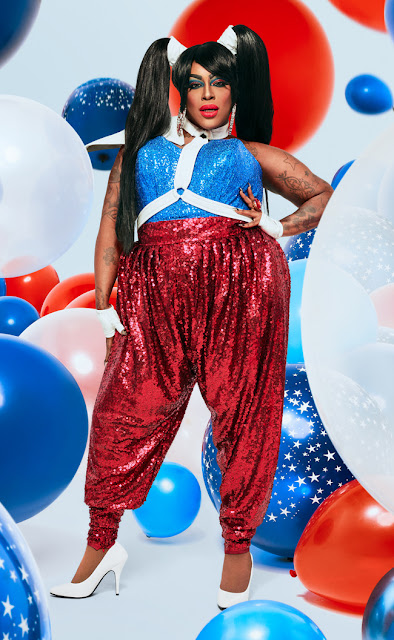 Jaida Essence Hall always strives to be the essence of glamour. She originally wanted to be a fashion designer, and now gets to both live that fantasy and model her own gorgeous creations. 6th place.

WHO FLOATS YOUR BOAT????
Posted by Mistress Maddie