How about some pink this Monday??? 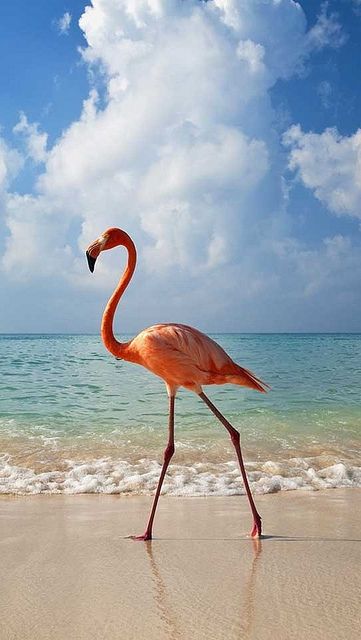 I am feeling a Pink mood today...it always puts me in a happy mood as do Flamingos!!! 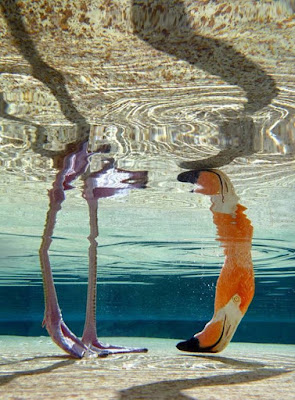 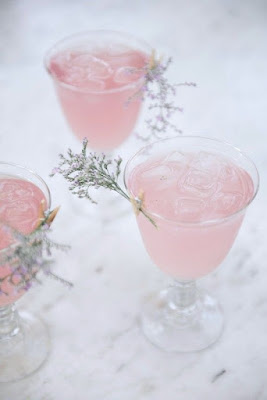 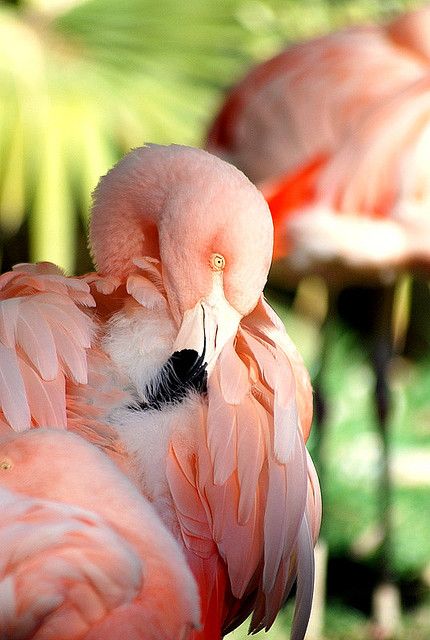 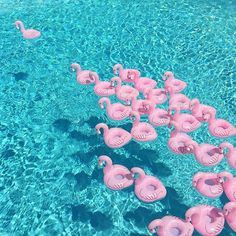 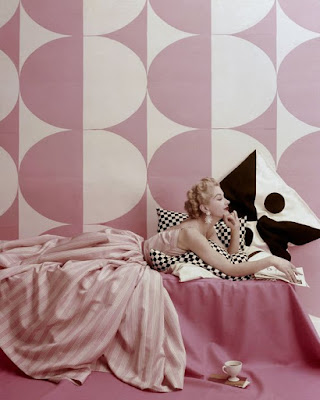 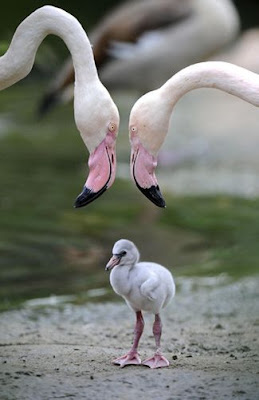 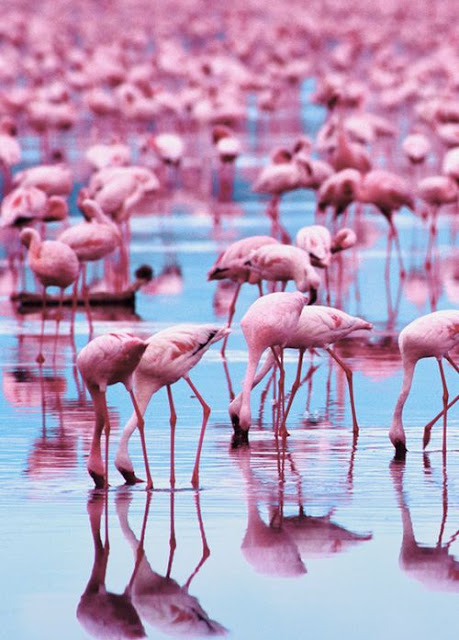 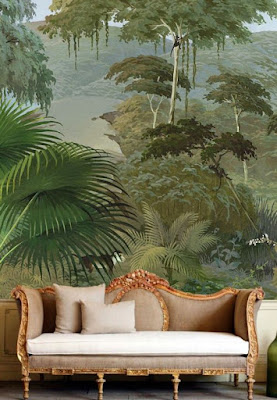 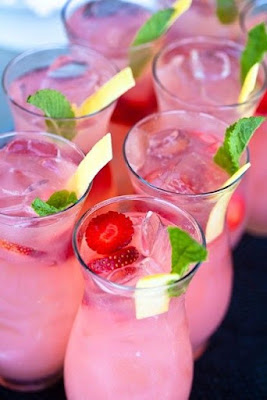 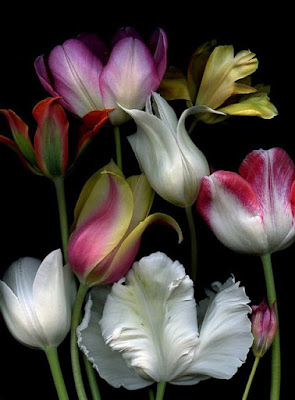 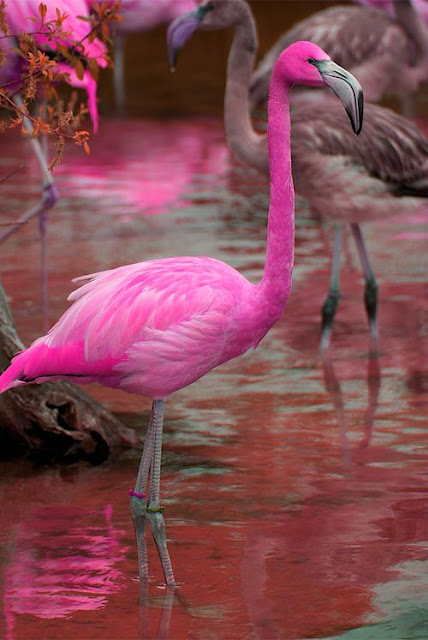 How about these cool facts you maybe didn't know...
There are only six species of flamingos in the world, though several of those species have subspecies divisions and could eventually be split into different unique species.
Flamingos are found around the world from the Caribbean and South America to Africa, the Middle East and Europe.
Flamingos are strong but rare swimmers and powerful fliers, even though they're most often seen just wading. Flamingos do fly very well, however.
Flamingos are monogamous birds that lay only a single egg each year. If that egg is lost or damaged, they do not typically lay a replacement. If a flamingo colony is ransacked by predators or hit with a natural disaster, it can take several years for the birds to recover and for their population to grow again.
Flamingo chicks are born gray or white and take up to three years to reach their mature pink, orange or red plumage.
The pink, orange or red color of a flamingo's feathers is caused by carotenoid pigments in their food. A wild flamingo's diet includes shrimp, plankton, algae and crustaceans skimmed from different water sources.
Don Featherstone of Massachusetts is the inventor of the pink plastic lawn flamingo, which has been gracing lawns since 1957. The "official" pink flamingo is from Union Products, though the patents and official molds for the classic lawn birds have been transferred to different companies. These birds are still in production today.
Happy Monday All!!!!
Posted by Mistress Maddie

Email ThisBlogThis!Share to TwitterShare to FacebookShare to Pinterest
Labels: Items of intrest, photography