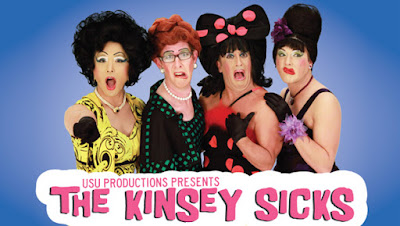 This weekend if your in the New Hope area, or in the area and need to escape all the Pope hub bub, a talented group of queens is just the ticket!!!! The Kinsay Sicks is bringing "Chicks with Shticks" to The Rrazz Room, Bucks County's premier intimate performance space located in the heart of New Hope. The RRazz Room's intimate world-class setting invites all to experience affordable top tier live talent the way it was meant to be - Up Close and Personal. You never heard of them??? The Kinsey Sicks began in 1993 as a group of friends who went to a Bette Midler concert in San Francisco dressed as the Andrews Sisters. Assuming they'd be among many drag queens, they found themselves to be the only ones. They were approached that night to perform at an upcoming event. Their reply - "we don't sing" - was quickly disproved when they realized that all of them had musical backgrounds. They began singing and harmonizing that night, and the seed for the Kinsey Sicks was planted. Since then they have a phenomenal performance record that includes an Off-Broadway show, an extended run in Vegas, two feature films, eight albums, and appearances throughout the US (in over 40 states),Canada, Mexico, Europe, and Australia, The Kinsey Sicks hardly need an introduction. For over 20 years, America's Favorite Dragapella Beauty Shop Quartet has served up a feast of music and comedy to audiences at performing arts centers, music venues and comedy festivals in every kind of town you can imagine! Their award-winning a cappella singing, sharp satire and over-the-top drag have earned the Kinsey Sicks a diverse and devoted following. The Kinsey Sicks are from L-R from above- Trixie, Winnie, Rachael and Trampolina! 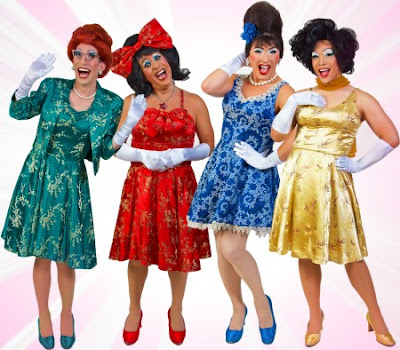 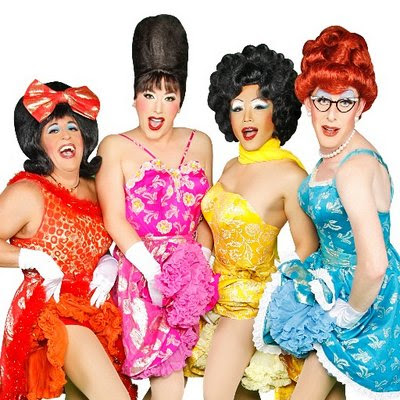 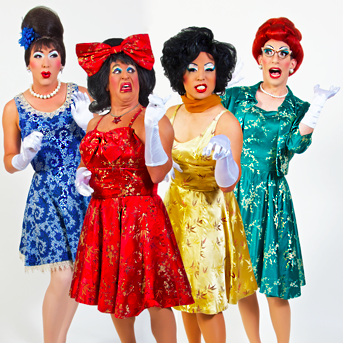 Tickets for September 25 &26 can be purchased here.