A Day with The Veterinarian 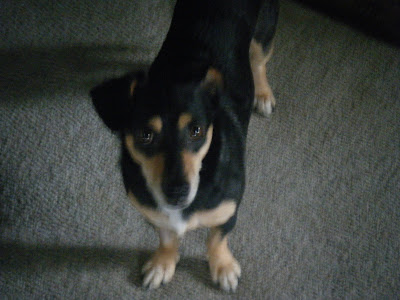 Buster- "I don't like that look one bit. Why do I have the feeling I'm getting the short end of the stick" And you know Buster Bolfig Borghese was right. He had a appointment today with the veterinarian to have his teeth cleaned by a special process to remove plaque build up. Buster is a mutt, and is half beagle, half dachshund. From his last visit, the vet said he noticed major amounts of plaque build up on his teeth and said some breeds have a problem with this more than others and the beagle breed is one of them. So I gave a special brush to clean Buster's teeth with every night. Yes, the Mistress or the ex brush the DOG'S TEETH every night. Unlike humans, dogs plaque can carry germs or bacteria down to their organs and can cause problems over time. We never have problems doing this as Buster will let you do any ting to him... so long as he is getting attention!!!! And this morning he knew something was up. He loves going to the vet, but after being put out and the after effects, he may not want to go back. When we got home he was so funny to watch. He was whining and would just stand looking at me feeling dizzy. And he doesn't have his motor skills fully back yet. Buster asked how the Mistress stands this feeling all the time.

Here he is after getting in the door not knowing what to do and looking puzzled. 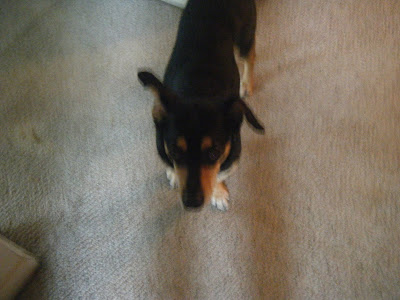 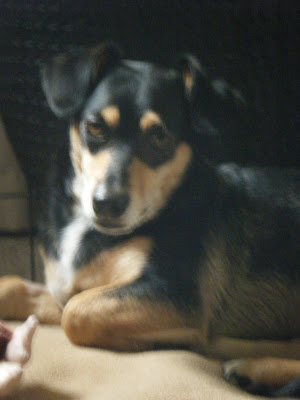 Here is the poor thing trying to stay awake, but wants to sleep. He can barley hold his head up! 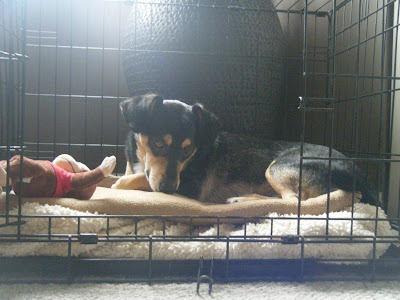 Now he is just hiding on the bed, not happy, and doesn't want anything to do with anyone. I think he has retired for the evening. And he still looks so cute. 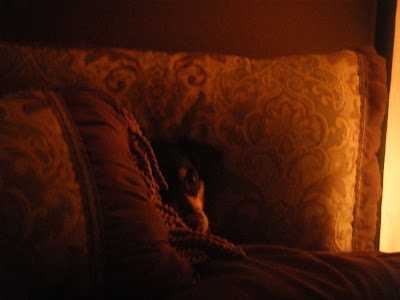 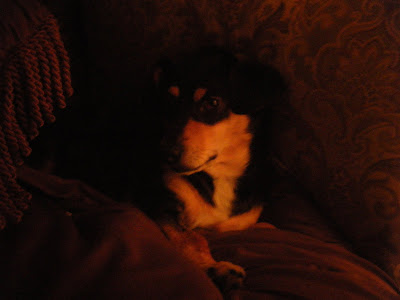 Posted by Mistress Maddie at 9:20 PM