Grand Dame of the Week

Appearing at a dive near you......the antics of Trauma Flintstone! 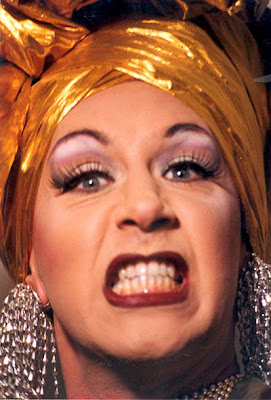 Since moving to San Francisco in 1988, Trauma made the conscious decision to commit her time and talent to the larger LGBT community, through her art and through her beliefs. She has been involved with hundreds (literally hundreds) of benefits and fundraisers. Trauma entertained at almost every live venue in San Francisco, and she even won a few contests, appeared in an award-winning calendar, sung with the Freedom Band, and she emceed sing-alongs at the Castro Theatre, galloped at the Dance-along, pedaled in about 25 different Critical Masses, marched in protests against the war, and it goes on and on. In the future Trauma has works with Jimmy Strano, Richard Winchester and herself planning on moving Girl Drink Drunk , a monthly club party for folks 35+ who still like to kick up their heels, dress up silly, throw back a cock-a-tail and watch a crazy drag show. All the fun you had in your 20s ... but at a reasonable hour! In addition she and the ever fabulous Katya Smirnoff-Skyy are starting a cabaret contest at Martuni's. So it doesn't look like she is slowing down anytime soon. So stick with her, kids. Trauma Flintstone predicts a grand and glorious future for all of us. 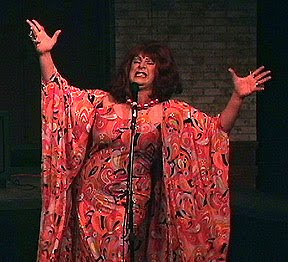 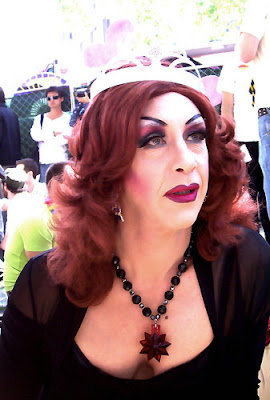 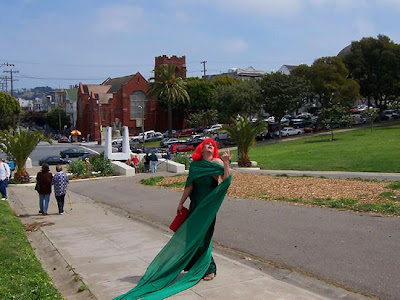 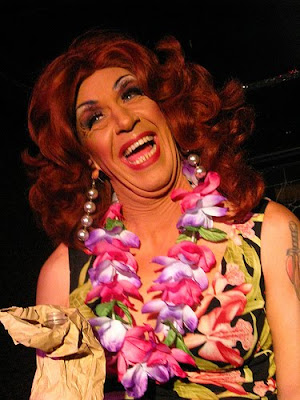 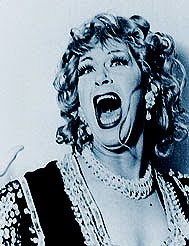 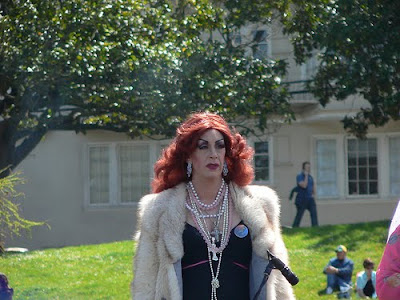 Posted by Mistress Maddie at 6:55 PM