The Nano. Are You Serious? 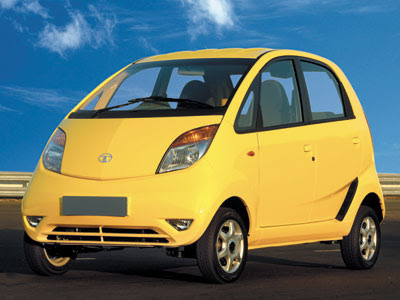 The Nano, a pint sized $2000 car designed to put car ownership within reach of millions of the world's poor, goes on sale in India in April. But whether the Nano will revolutionize the auto industry has yet to be seen. The Nano goes from 0-60mph in 23 seconds and even less with the AC on, and has the simplest dashboard the Mistress has ever seen! Where does one put a compact? Better still -where is the flask holder? 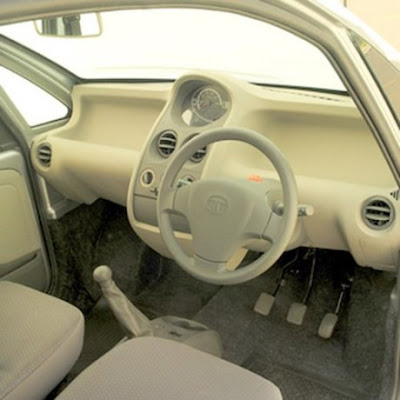 Ratan Tata, Tata's chairmen who is putting out the Nano said he was inspired to build the car after seeing families of four or five crammed onto a single motor bike, and also from the over crowed streets filled with SUV'S and four door sedans. Now I don't know about y'all, but the Mistress loves cute things, but this is ridiculously small. I even read somewhere that it is difficult to get behind the wheel. I can't imagine that this car would even stand up in a serious accident. I don't think I would feel the slight bit safe in this car -at all! Have you seen this car yet? What do y'all think of it?
Posted by Mistress Maddie at 6:22 PM