CAN CANNIBALISM BE ELEGANT? 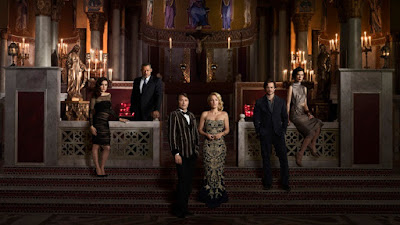 Why yes, apparently it can. Now mind you, not that I'm condoning cannibalism, although... I have been know to eat men alive!!!!!!As a stubborn fan of the character and a hater of all things associated with remake culture, I had very little interest in watching NBC bastardize a great horror series. I could not have been more wrong.Series creator Bryan Fuller has somehow managed to pull off the unthinkable by making a television series centered around Hannibal Lecter that is just as good, if not better, than the films.  Despite the fact that NBC just devastated fans by canceling the show after its third season, the show is still well worth watching. That said, I'm glad they let it live and gave it a chance. 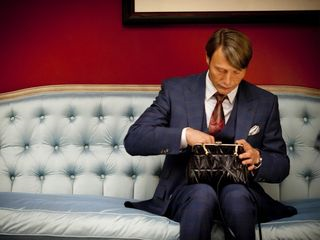 Week after week I am amazed by what the series gets away with; it airs in primetime on NBC, yet features the most horrifically grotesque images I’ve ever seen on TV, including American Horror Story, or even  HBO. But being highly visual, I love it!!!!!  "Hannibal" has a distinct visual style that sets it apart from literally any other show on network television. The cinematography of Hannibal is unparalleled — between the gorgeous shot compositions, the use of slow motion and the visual and aural horror associated with Will’s ‘dream’ sequences, there is always something gorgeous to behold.  Initially the show may appear to be nothing more than another boring police procedural, but it’s anything but.The sets alone are stunning!!! 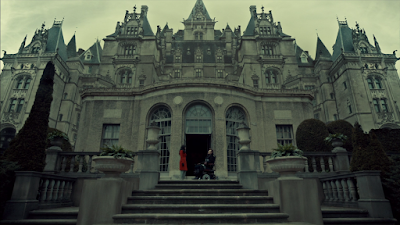 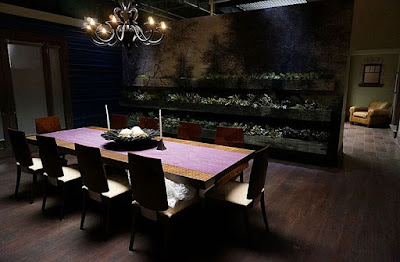 Hannibal, a notable psychiatrist, is brought in by FBI to aid special investigator Will Graham, played by hunky Hugh Dancy in  what I think is the best role of his career, who has the unique ability to ‘get in the minds’ of the killer through his victims. Will has the ability to essentially replay each week’s murder in his head via beautifully shot and intensely stylized visual sequences and figure out how the victim was killed.Little do the authorities know that the very man helping them solve the crimes actually committed them in the first place. I had actually hoped Will and Hannibal would have had an affair! Their connection was very eerie. 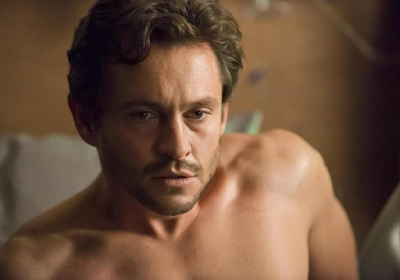 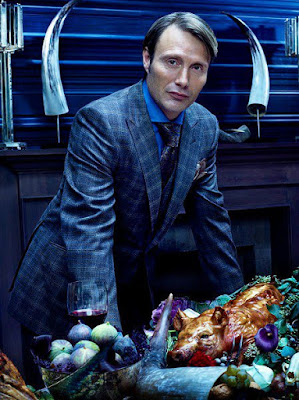 The show would be nothing without its excellent cast. Mads Mikkelsen and Hugh Dancy are both superb in their leading roles, and the supporting cast, which includes the likes of Laurence Fishburne, Gillian Anderson and Cynthia Nixon are all equally wonderful.  The performances really elevate the material, and when combined with the absolutely insane visuals and special effects, Hannibal truly shines. In addition to all of this, the incredibly creepy sound design is worth noting — never has a show made me cringe or jump with only sound. I have yet to meet an ardent horror fan who hasn’t been completely blown away by the show.  If being scared isn’t your cup of tea, there are plenty of other things to salivate over, including the food. While the cuisine may consist of people, it looks just as delicious as anything you’ll see on the Food Network and is presented in such a way that makes it elegant and tasteful. For a show that is often so horrific, it is so damned beautiful! 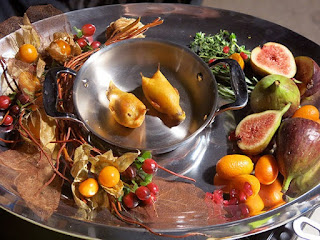 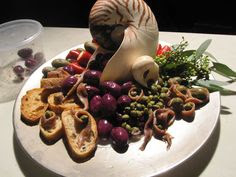 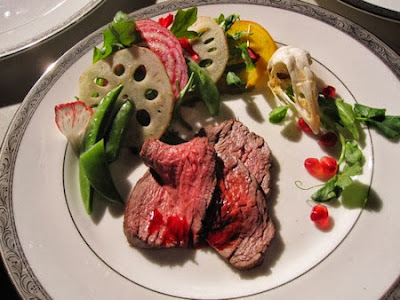 And then there's Gillian Anderson as Bedelia du Maurier, who is Hannibal's psychiatrist and then posed as his wife. These two have one of the darkest relationships I've seen on tv. Of all the indelible moments from the series, the season 3 premiere, the dinner scene with Hannibal, Bedelia, and a very game, but misinformed Antony Dimmond was the clear standout. The scene is rife with dramatic tension with regard to Dimmond’s presence amongst the phony Fells, who they are pretending to be. When the young rhymester notices Bedelia’s dining on oysters, acorns, and marsala, he notes how those items were fed to cattle by Romans to make the meat taste better, Bedelia responds by saying, “My husband has a very sophisticated palate. He’s very particular about how I taste.” It’s an in-joke that is as perversely funny as any of the other humor on Hannibal, but thanks to Anderson’s performance, there’s more than enough evidence to conclude Bedelia’s aware the likelihood she’ll be served up next. And later Hannibal does admit he planned on eating her. But the clever Bedelia wormed her way out.... Loved it. She essentially: scathingly looked at Hannibal and mended his broken ass, dumped him, got high, mugged Jack and Will off. Be interesting to see what happens to her. But how incredible did she look in this show!?!?!? 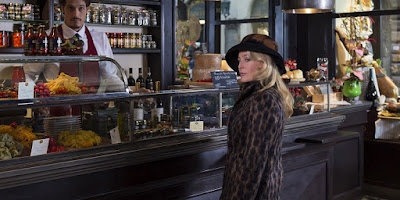 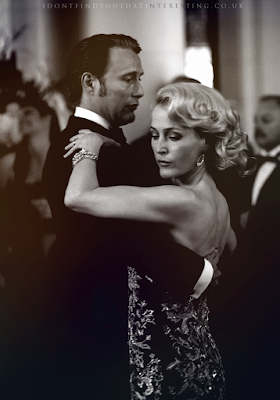 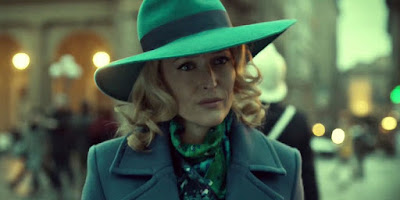 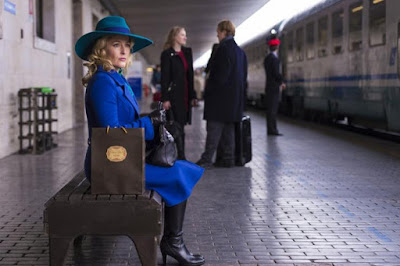 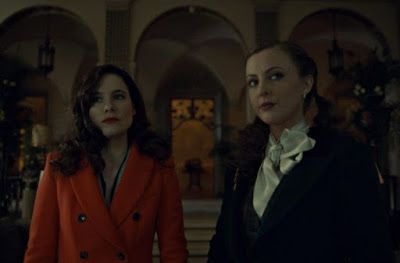 And how twisted was Margot's brother Mason.... pulling the sick trick of having her eggs put in a pig as a surrogate???? And the pig had it's own room in the mansion, complete with baby pig mobile above the bed?????

I will miss this elegant, but grotesque show as it heads off into the sunset.  Snack anyone???
Posted by Mistress Maddie at 7:47 PM