We here is Philadelphia are so glad winter is gone. It has been in the high 60s and and low 70s all week, the snow is gone, no humidity and a wonderful breeze. The Mistress and crew left work early to do some shopping yesterday and we hit a sake lounge, but that's another story and post! No, today the Mistress decided she was getting out for most of the weekend, since she is on her own this weekend. The cat is visiting a friend of ours, so us mice are playing.I took Buster for his walk up the road and behind our complex to the field we haven't been to lately because of the snow and what a surprise to see it was in bloom of daffodilia's!!! 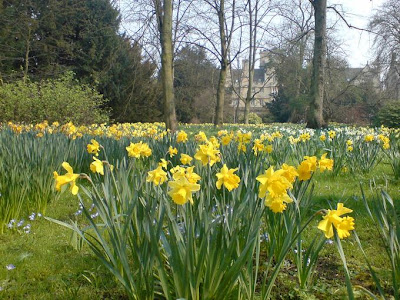 After the walk I had been wanting to go to the Reading Terminal Market for some good food and provisions. Weeks ago it was just too damn cold. I usually just hop the train a block from our house and take it into the city. No hassles sitting in the famous Philadelphia traffic jams! And was their some cute boys riding that train today!!!! There was one that was built like a brick...oh right, the market. Reading Terminal Market is huge.It is an enclosed public market found at 12th and Arch Streets in downtown Philadelphia. Over 80 merchants offer fish, groceries, ice cream, baked goods, crafts, books, clothing, and specialty and ethnic foods. On any given day one can find an eclectic array of fresh baked Amish goods, produce direct from the field, unusual spices, free range meats and poultry, flowers, ethnic foods, and much more. Every space in the market is rented out; three of the vendors are descendants of original market merchants. The market is open every day of the week, but the Pennsylvania Dutch merchants generally do not operate Sunday through Tuesday. 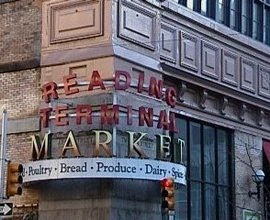 Open-air markets flourished in Philadelphia since its founding. Growth of the city demanded more markets, and the string of open-air markets extending from the Delaware River ran for six blocks, or one full mile, prompting the main street (then called 'High Street') to be renamed 'Market Street.' Soon after the markets reached their peak growth and capacity, open-air markets within the city became seen as dirty and unhygienic by the public. The frenzy of activity along the main street was seen as a nuisance and traffic hazard. In 1859, city officials bowed to public pressure and dismantled all of them. This prompted two indoor markets to open at 12th and Market Streets, Franklin Market and Farmers' Market. These two would be the foundation of the Reading Terminal Market. Today with the weather the place was a hub of activity and the smells were very over powering. I wanted one of everything. Have you ever seen so much food? Today on the list was some shrimp, veggies and fruit. I did also treat myself to some flowers. Who doesn't love themselves some flowers? 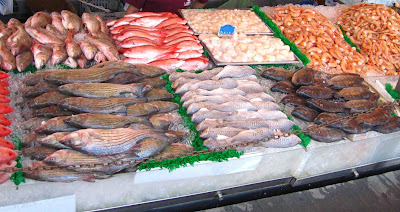 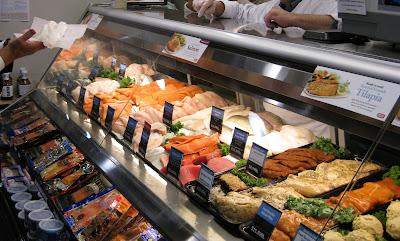 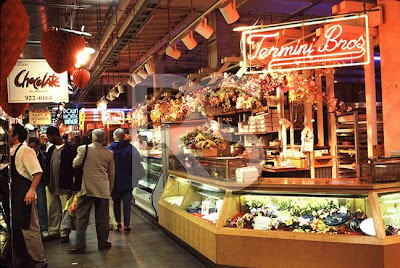 The market also does a huge business with the work crowds during the week. The market, when it got revitalized in the the early 90s added "street cafe" areas where people could sit and eat their meals without having to leave. The market almost went out of business when in the seventies and eighties the then company that owned it paid no attention to the market house and wanted to sell it off. Most tenants then left. In the 1980s the Reading Company changed its attitude towards the market and began efforts to revitalize it. Those efforts continued after SEPTA Regional Rail trains moved from the train terminal above the market to the new underground Market East Station below it in 1984. In 1990, ownership of the Reading Terminal and the Market passed to the Pennsylvania Convention Center Authority, and in 1994, Philadelphia City Council established a new, non-profit Reading Terminal Market Corporation to operate the market. The Reading Terminal Market Corporation and the PCCA continued the revitalization program begun by the Reading Company, recruiting new tenants and increasing promotion of the market. By the mid-1990s to the 2000s, the market was once again living up to its founders' vision. Now they have like 80 tenants I believe. One of my favorite places to visit is the the cheese stand that offers over 210 different cheeses!!! I didn't need any of that today though. 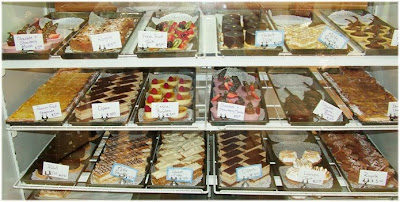 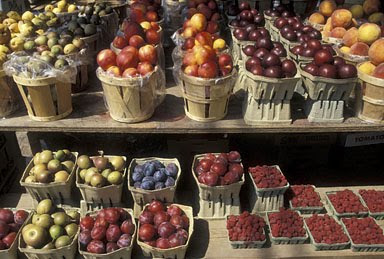 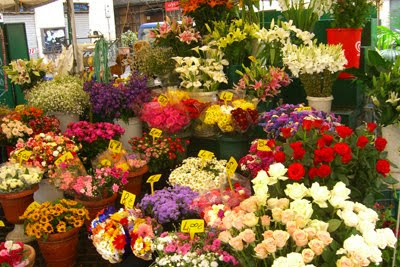 And you can't forget Philbert the pig, a sculpture by Eric Berg, is the Market's mascot and donations made to this 'piggy bank' go to support healthy eating programs at The Food Trust. 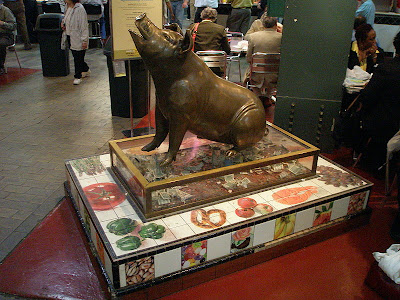 Now that I'm back home, it time to take Buster Bolfig on a walk to the lake to walk off all the good eating. I mean, tastings I did. Tootles.
Posted by Mistress Maddie at 1:17 PM