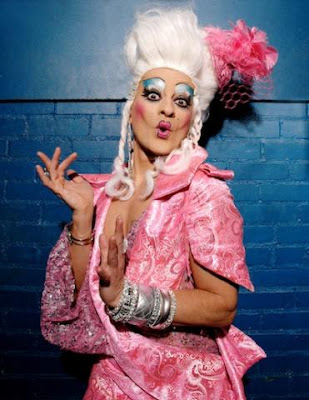 Mado Lamotte, is a Montreal drag queen, an author, singer and gay community personality who I had the pleasure to see years ago now when I was in Montreal, and what a show! Mado has been performing for 25 years as of summer 2012. She was a longtime emcee and DJ of Ciel Mon Mardi at Sky, before opening her own drag cabaret place, Cabaret Mado, in Montreal's Gay Village in 2002. She usually only lip-synchs the opening number, preferring to simply DJ,on certain nights, and bring her comedy talents to bear as emcee, though she occasionally favours her audience by singing live. Lamotte is also an author, writing a weekly column for the Ici weekly newspaper and a monthly article for the Fugues gay and lesbian newsmagazine. In 2000, she published a collection of her columns entitled Tu vois ben qu'est folle (She's obviously crazy). She has also released in 1996 a single (Le Rap A Minifée), had a cameo appearance in the 2003 movie Saved by the Belles, and starred in the 2007 play Saving Céline, in which she (credited as Mado Lamotte, not Luc Provost) portrayed a drag queen obsessed by Céline Dion who becomes embroiled in a murder plot against the singer. 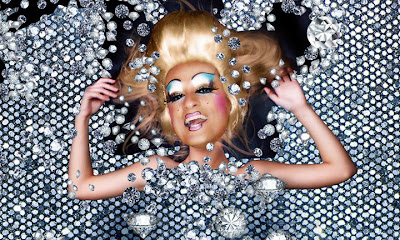 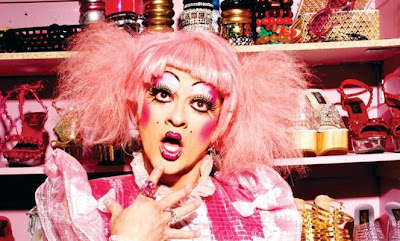 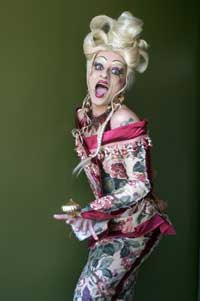 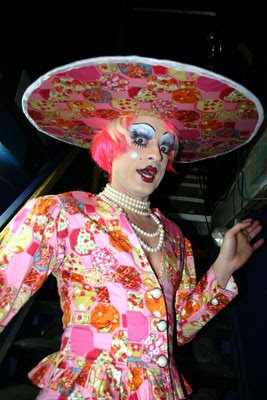 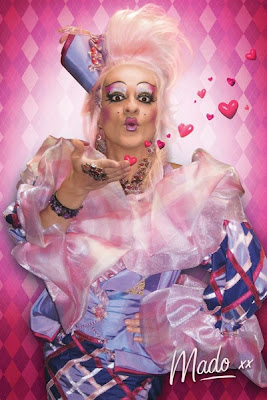 Posted by Mistress Maddie at 1:30 PM