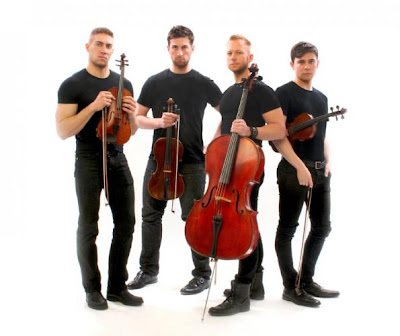 Buff boys with finely tuned instruments, is right up the Mistress's alley. And I had the pleasure to see them in Provincetown this summer. And I'll be seeing them again when they come to the Pocono's on October 6. 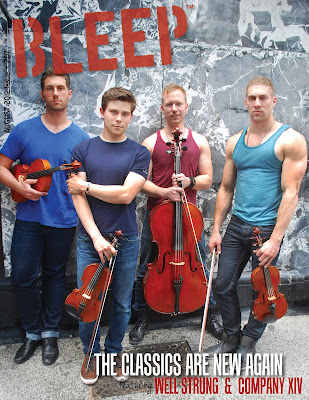 Well-Strung,is an exceptionally talented string quartet,  fun-filled, and pun-filled! The string quartet has taken their love of classical string music and not only made it accessible to a wider audience, but is infusing it with new life. Playing everything from Beethoven, to Mozart, to Bach, to Brahms, to Britney Spears, they have taken their show on the road to do a sit-down engagement in Provincetown this past summer. The publicity posters make Well-Strung look like four naked boys playing stringed instruments, but don’t let that fool you. This was, after all, Provincetown in the summer. The group is the brainchild of Christopher Marchant, who plays the second violin, and the Provincetown, Art House’s Mark Cortale. It was originally planned as a solo show for Marchant, who met Cortale while playing violin on the streets of Provincetown in the summer of 2010. And audiences love them as well. Whether they’re singing harmonies on their version of Adele’s Rolling in the Deep, offering a fabulous strings-only performance of Britney Spears’ Toxic, or drawing the audience in with Mozart and Vivaldi, these guys are good. 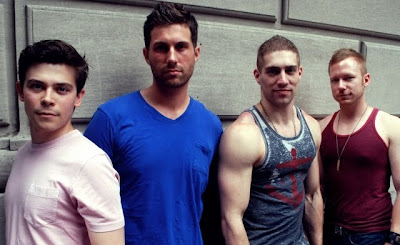 The group say, people often isolate themselves from great art because they stick to what they already know and love. they're here to tell ya this group has a love for both classical and pop music and they show a through-line of beauty between them. Hopefully after the show, people will see both styles as even more worthwhile than they did before! Below are two clips. If you enjoy string, trust me, you'll enjoy these! It made my day. 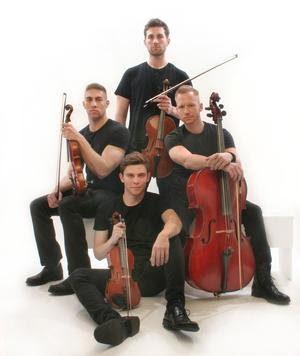 
And then to Britney Spears', Toxic! Not only are they cute, but extremely talented!

Posted by Mistress Maddie at 11:17 PM