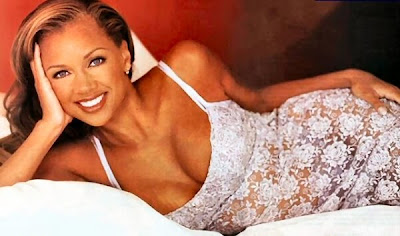 The best damn news, my fix will get a boost!!!There goes the neighborhood! An ABC rep confirms that when Desperate Housewives returns next season, its cast will include — as a series regular, no less — Vanessa Freakin’ Williams! Series creator Marc Cherry told us previously that he was looking for a new troublemaker to fill the void left by the demise of Nicollette Sheridan’s Edie. And seriously, could he — or anyone — do any better than the actress formerly known as Ugly Betty‘s queen of mean, Wilhelmina? Didn’t think so. Though other deets are at the moment scarce, TV Guide Magazine (which first broke the news) reports that her conniving character won’t be at the center of next season’s big mystery. So what do you think, girls? This sounds soooooooooo good to me, it borders on too good to be true.
Posted by Mistress Maddie at 10:59 PM