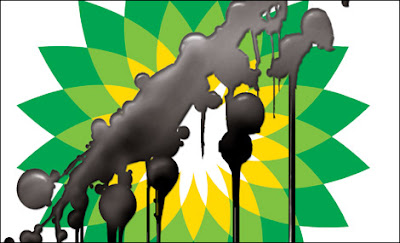 The Mistress is generally a very happy person and not much gets to me or upsets me like this disaster from BP! It's time to sound off!!! I can not understand the fucking dumb asses and the head of BP, the head asshat with the big teeth, who know the one,the slhep that never gives a straight yes or no answer. He's always dancing! And BP acts so nonchalant about finding a way to shut the damn thing off, or plug it already, and then they lied about how many gallons were coming out of it in the first place! But it isn't effecting them. One month after the Deepwater oil rig exploded off the coast of Louisiana, killing 11 workers, oil is still spewing out of the pipe a mile underwater at a rate of 210,000 gallons or more a day. To date, the explosion sent at least 6 million gallons of oil spilling into the Gulf Coast, according to the Coast Guard, with cleanup costs moving upwards of $760 million. BP has tried a myriad of tactics to plug the leak and contain the spread of the oil. But as of last Thursday, the oil had reached land, its impact stretching from the Louisiana wetlands and all the way to Dauphin Island, in Alabama. The spill has put thousands of fishermen out of work and stalled the local fishing industry indefinitely. Many fishermen are taking part in cleanup efforts, but most are being forced to rely on public assistance and charity to make ends meet. The states affected and all the workers out of work should file a damn class action suit against BP for all their worth followed by the federal government!Last week, BP tried to stem the leak with a 100-ton concrete and steel dome structure. That failed on Saturday when methane hydrates got into the dome and clogged up an outlet for the oil. This sucker is still leaking- and badly- so BP has had to come up with more techniques. According to NPR, one of the potential solutions is a double pipe that has a gasket. If the pipe can be shoved into the larger pipe that's leaking oil, it would allow the oil to be offloaded to ships. If that fails, BP will try deploying a smaller dome "top hat" equipped with methanol to prevent methane hydrates from plugging it up. Another last-ditch effort that BP said it was considering on Monday sounds almost too insane to be real, but it apparently worked before in Kuwait during the Gulf War: the "junk shot." Essentially a bunch of stuff like golf balls, rope, and shredded tires will be lumped into a ball and shot into the well. If the ball can form a barrier with the half-open blowout preventer, it might make it possible for cement to be injected into the site to seal the leak. Even a junk shot would take a couple of weeks to ready. It's just so sad to also see the poor wildlife and marsh animals who didn't ask for any of this, some of which just came off a endangered species list. Just sad. 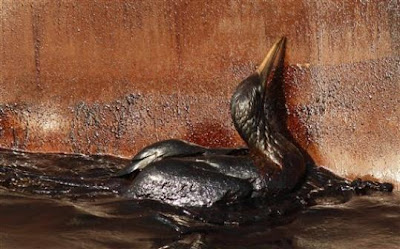 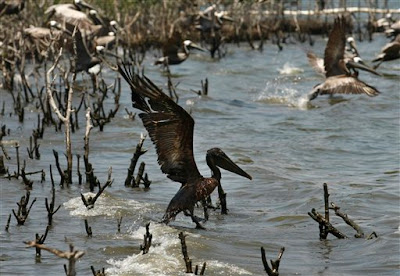 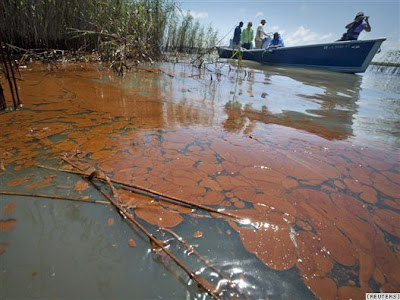 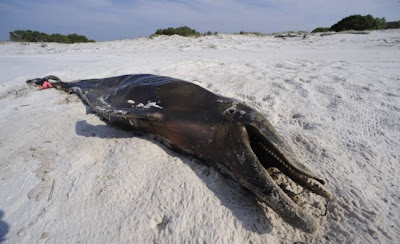 Looks like it's time for my favorite comic picture... yet again!

Posted by Mistress Maddie at 9:46 PM

Email ThisBlogThis!Share to TwitterShare to FacebookShare to Pinterest
Labels: rants