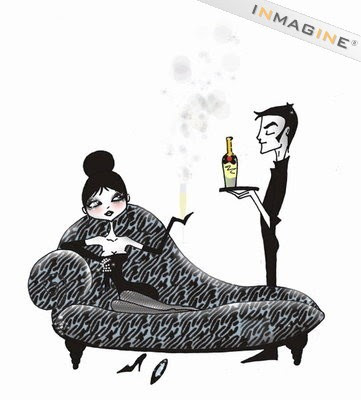 Aaaahhhhh....the return of normalcy. At last. This past weekend the Mistress and the Boy Toy went to New Jersey to help celebrate our good friend's birthday,so we had a lovely dinner on Friday night and then for his night of debauchery he wanted to go into the city for a good time. After dinner,we went to Rockefeller Center to view the tree and then went to Splash Bar where our friend wanted to go for two for one happy hour. Well, by 9:30 we were all pretty lit. We met some very nice boys to all talk too, plus the Mistress's bar tend was very sweet and could he make a mean gin and tonic! While sitting at the bar we also befriended Kenny Dash, a New York City drag queen who plays host to Splash Bar's Stud Search. She tried like hell to get all three of us in the search with her sweet talking. Stud Search is hosted by Ms. Dash every Saturday. For this extremely salacious search, Ms.Dash locates the finest and fittest in the bar where they vie for a $200 weekly cash prize. This institution she told me has gone on now for 17 years. With her signature wit and decidedly Long Island-ish attire, Ms.Dash was able to coax quite a few hotties to the stage, but not us. The Boy-Toy was way to shy. Our friend couldn't do it. He wouldn't be able to take his eyes off the other contestants, and the Mistress couldn't show skin. What if the paparazzi was present? It would be a scandal! We were all very flattered though. Here's Ms.Dash with some of the boys! 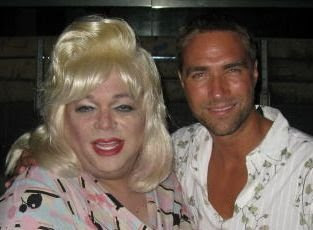 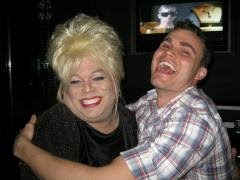 Now -the Mistress is relived that all the festivities are over. She told the Boy-Toy and friends that January and a part of February, this bitch is on hiatus. No plans. No parties. No traveling. She has been on the go since October. So she went back to work today and is now home. So the Mistress came home and is just relaxing. A nice hot bath and a mud facial,and a hair condition. 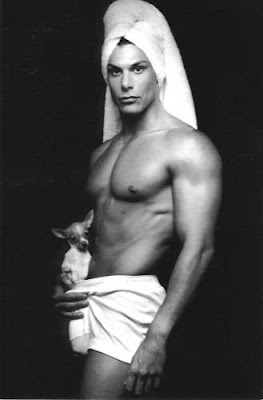 After that she is sitting down to watch The Dark Knight that I have been wanting to see and tomorrow night the Chronicles of Narnia-Prince Casapin.The Mistress may venture out in January and February but for the most part usually hibernates these two months to refuel and organize some things around the abode. I am looking so forward to this time.
Posted by Mistress Maddie at 5:40 PM