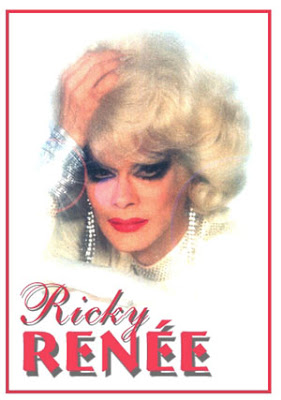 Ricky Renee'. A Hollywood bombshell with lots of self irony, a well shaped body, and tons of blond hair. His humor is Lucille Ball, his looks Lana Turner, and the voice of Dietrich. Ricky Renee' is one of the first high profile drag queens and female illusionist on the scene in the 1950. The famous Jewel Box Revue has launched many drag and female illusionist careers. But in 1950 Ricky Renee' emerged it's biggest star and believe it or not is still performing today. But drag wasn't accepted in the mainstream,and she was already getting huge in New York and one of the few queens around. She added up living in Europe where they were ahead of the US in way of performing arts. And more open to things. He is a brief history of Ricky's life. 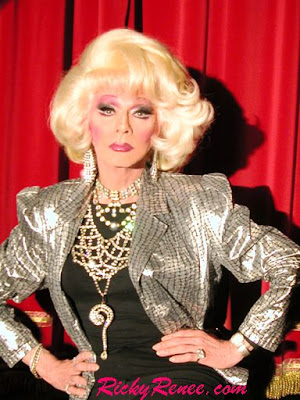 How it all Began- Ricky left his native Florida at the tender age 15 and travels to New York to the bright lights of Broadway. As a child Ricky has been dancing and singing since the age of 6. A winner of many singing and dance contest, he knew he wanted to perform but as a woman. Ricky Renee' is born.

In New York- The tough road to stardom led Ricky in to jobs ranging from elevator operator to dance instructor. With the money he saved he studied with the famous Katherine Dunham. After a while he finally got a gig at the famous Jewel Box Revue in New York, which was famous for it's drag routines and female illusionist performances.

The Star Rises- Ricky stayed with the Jewel Box for a few years and then returned to New York. He put together his own show and took it all over the country. He designed his costumes, did the choreography, and starred in them. A London producer saw the show and asked for it. 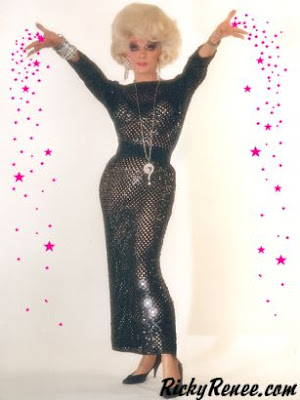 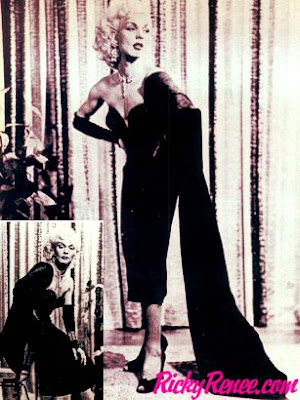 To London and Beyond- Ricky was a sensation in London, where he was voted one of London's "Top Ten Artists". Ricky traveled the continent, enjoying success after success in such places as Paris, Rome, Geneva,and the French Riviera.

The Cabaret- For the past years Ricky made Europe his home. Ricky is known as Mr.Entertainment. In his shows, Ricky does everything from a famous rags to riches number and some tasteful strip teases productions. Back in the day, almost every night he was visited by stars he imitated like Ella Fitzgerald, Josephine Baker, Jane Mansfield and Judy Garland. 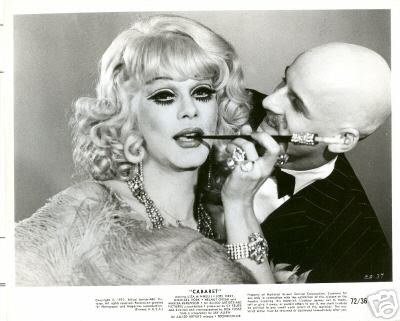 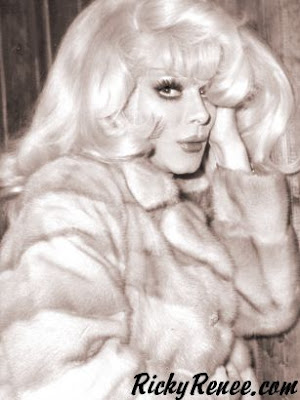 Cabaret the Movie...Ricky is top and staying on top. His flawless performances, always done in best taste, have made her a star. Ricky has done many European tv shows and movies, including the movie Cabaret, with Liza Minelli in the leading part. Ricky achieved world fame over night. 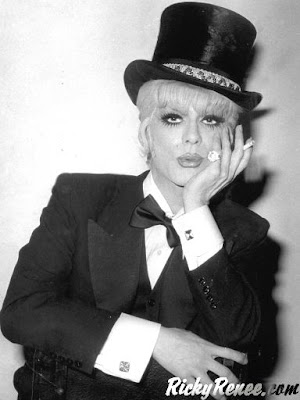 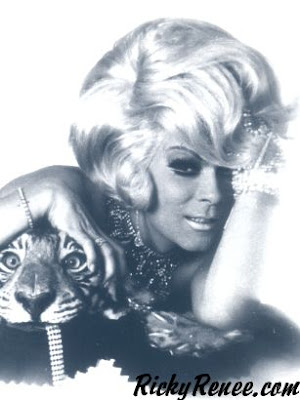 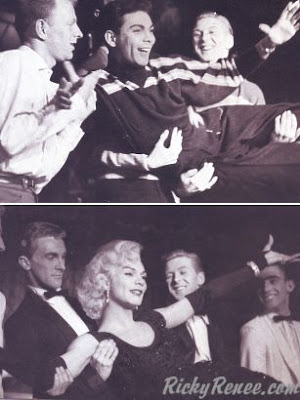 Ricky tours throughout Europe, his actions speak louder than words. His heart beats for Cabaret's. As long as his audiences are happy, he's happy. Ricky
is still performing and touring most of Europe! Work it girl, but don't break it!
Posted by Mistress Maddie at 2:34 PM