And the Ladies of the Club

The other day I was talking to a friend of mine from my hometown of Harrisburg,and a drag queens name came up. So, we cackled about all the drag queens we knew over the years. Harrisburg in the past has always been a big drag town. The queens there were always very close knit and like a group of sisters. Whether you were in the pageants or just a scenester queen,they welcomed you with open arms. Together they also formed one powerful money machine ,raising money for all kinds of charities. Many of the queens I knew have since moved on to other cities since they became more popular, but a couple remain in Harrisburg. I always considered myself open minded,and was lucky to know all these divas. While I was only a drag personality,I can appreciate what goes into the artform of the transformation. I give it up to these girls for all there hard work and talent over the years for what they have done for our communities. I know a few people who don't like drag, but I find it just adds another dose of spice to the community and the night life. Without variety, life would be just boring! So I honor Harrisburg's Ladies of the Club!

Dame Glenda-Glenda is probably currently the most popular queen in Harrisburg right now. She is also the winner of miss congeniality and is always so gracious and friendly to everyone. Your always greeted with a smile when she sees you. Every time when I'm home to visit she always stops to say Hi. Glenda is also quite a performer and is famous for her cartwheels! She has also been a pillar in the gay community raising over $400,000 since on the scene for all kinds of charities, AIDS research,and Pride Festival funds.I love Philly night life,but when were out here it just isn't the same without Glenda here. She definitely adds spice to the bars and clubs of Harrisburg! 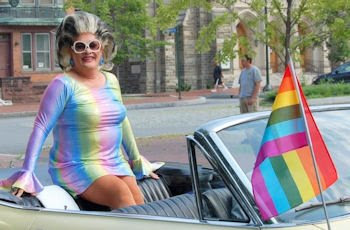 Miss Biscuit-I can't remember when Biscuit arrived on the scene. She has been around some time now and is very popular with her humor,jokes and antics during the shows. She came in the scene through Michelle Leigh Sterling. Biscuit's image has under gone many "looks" and is now fine tuned into the beauty before you. She started out emceeing the shows and is now one hilarious entertainer. She is also one of the bar tenders at the neighborhood bar The Strawberry Cafe,where she serves up cock-a-tails with a bunch of laughs and as put on many a show for gay related charities,Toys for Tots,and funds for the annual Pride Festival. She is one of my favorites. 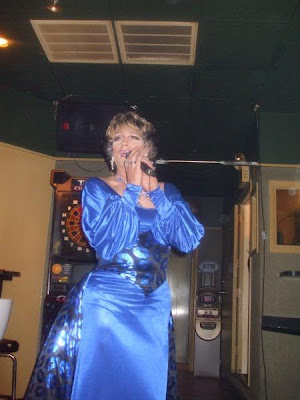 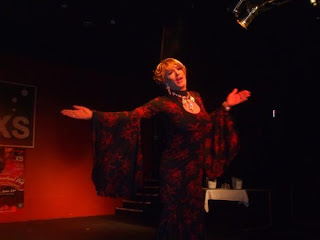 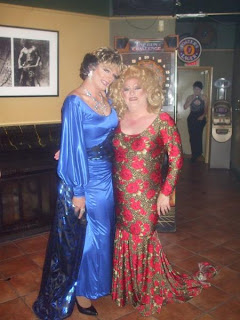 Michelle Leigh Sterling- Michelle is someone who I get to see from time to time and has also been in the scene for quite awhile. Michelle has come a long way baby,and is now one of the well known divas of Harrisburg,although she is not there regularly. Michelle gives a powerhouse performance and her costumes are all handmade,by hand.Like the others, she was also a pass Miss Harrisburg and Pennsylvania and has won a ton of other titles under her belt and now is "coaching" future queens for the pageant circuit. Michelle has also made a name for herself in Maryland and Florida. 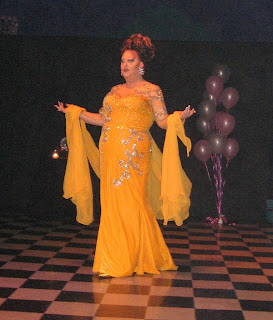 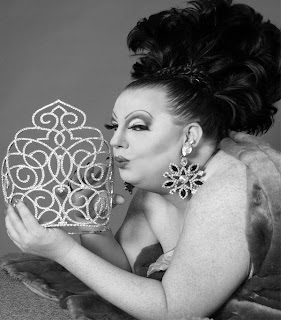 Ito Lame'-Ito is probably the Grande Diva of Harrisburg. She has been around since I came out in 91' and has been entertaining the Harrisburg scene since 1989. In 1992 she won the title of Miss Gay Pennsylvania,one of the first in the state. She is very well known in the Harrisburg scene with the gay and straight communities. She has been to state dinners,political fundraisers,and is seen all over town at clubs, restaurants,and the popular haunts as Ito. She is one of the best hair stylist in the area and has a who's who client list for her salon. She also has done many show to benefit local Aids and other related LGBT-charities. She is also one of the friendliest people you'll ever meet. I can remember her talking to everyone in the club just to see how there doing. She is always cool and elegant in and out of the club. And boy,as she thrown many good parties. She is definitely the hostess with the mostess! 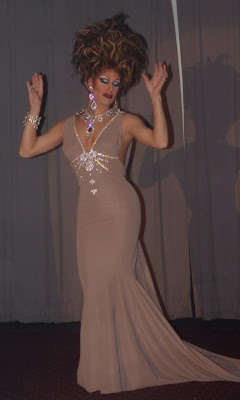 Starr Powers- Brad has been doing illusion as Starr Powers for close to 16 years and recently resigned from the drag scene. In the day Starr put on a hell of a show. His costumes were over the top,like showgirl proportions. Starr was also Miss Gay Harrisburg, Miss Gay Pennsylvania, and Miss DC among other titles. And Starr was always there for everyone and very well liked. He used to do a very funny skit as Lucille Ball and looked just like her. Brad is still in Harrisburg and bar tends at a popular neighborhood bar-Strawberry Cafe. When I visit home I usually get to see him which is always fun. 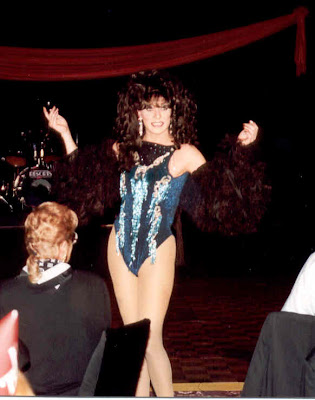 Poison- Poison is one beautiful queen,and can she tear a stage up. Poison has been around some time and still performs at charity benefits and Harrisburg's Pride Festival. She has also held many titles in and around town. Poison is also a accomplished choreographer and can do a hell of a routine! Simply beautiful. 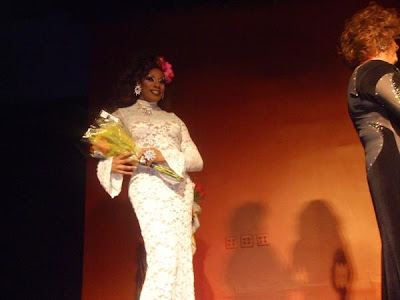 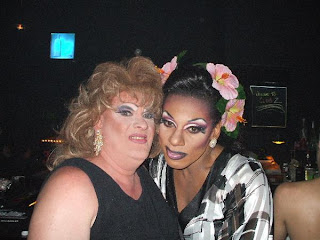 Champagne Douglas was always one of my favorite girls in Harrisburg. She lives in Baltimore ,but entertained in Harrisburg for years back then. She is very talented and now designs gowns for queens running for Miss Gay America's going to the pageants. 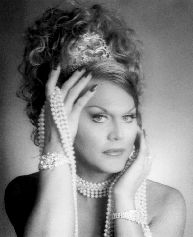 Last but not least is Ingenue! I met her in 2000. She hit the floor running and was always good for a party or two. Unfortunately she wasn't in Harrisburg long. She moved to Baltimore where she went on to be Miss Gay Maryland and has been entertaining ever since! 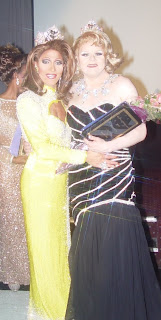 Posted by Mistress Maddie at 4:15 AM