The Grande Dame this week is.... The Lady Bunny with her retro fashion,potty mouth,sky high wigs ,and her fabulous entertaining. She will always be the Queen!

The Lady Bunny is a New York drag queen who is originally from Chattanooga Tennessee. She is founder and emcee of the now defunct Wigstock event that took place every Labor Day in New York. Bunny is also very well known as a nightclub DJ,promoter,and celebrity. She is also a emcee,songwriter, singer,and comedienne. She is constantly on tour from New York to Tel Aviv. After arriving in New York, she started on the scene with alot of the other queens that are around now like RuPaul, LaHomma, Monafoot, Girlina and Candis Cane. But there was something different about Bunny ,that I just love her so. And her staying power has lasted. Granted,all these queens started together and are still around,but Bunny as always remained mainstream. 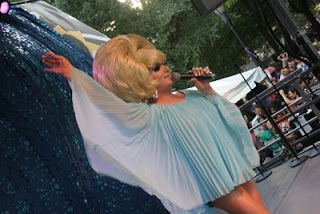 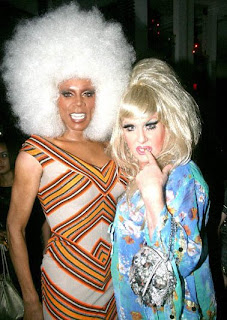 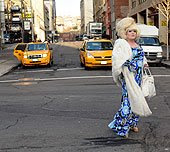 I have always loved Lady Bunny ever since I saw her the first time in New York,as my good friend David can attest to. I do love a good drag queen,but this is the queen! I have seen her now close to dozen times . The last time was Labor Day about two years ago at The Raven in New Hope. So I'm due for my Bunny fix! And boy, did she bring the house down in Philly when I saw her at Shampoo. 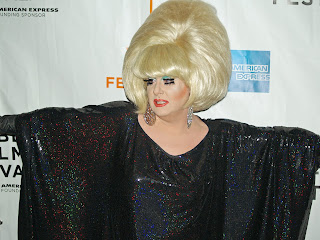 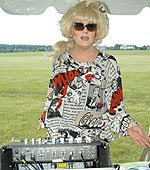 Her blog is her own take on current affairs and cultural issues. It is funny as hell! Bunny usually lip-syncs to a compilation of popular songs over which she has recorded her own vocals singing parodies of the original lyrics. The new lyrics are usually sexually explicit,or revolve around food. Bunny as also appeared in many movies ,television shows ,and cable specials. Currently she can be seen in Another Gay Sequel, Gays Gone Wild.

Here is just a glimpse of the humor and how funny Lady Bunny is. This is a performance from Gay Pride in New York from 2006 I believe. She is just a riot! Long live this priceless,fabulous and entertaining queen!

Posted by Mistress Maddie at 6:47 PM