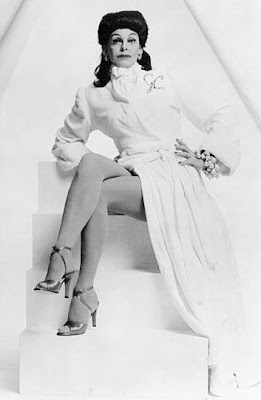 Charles Pierce was one of the 20th century's foremost female impersonators and drag, and a pioneer if you will, for future drag queens. Charles was particularly noted for his impersonation of Bette Davis which got him famous in the cities around the world. Born in Watertown, New York, he began his show business career playing the organ and acting in radio dramas at station WWNY. He branched out into a comedy routine, attired in tuxedo, yet managing to evoke eerily convincing imitations of popular movie actresses. Eschewing the term drag queen, which he hated, he billed himself as a male actress. 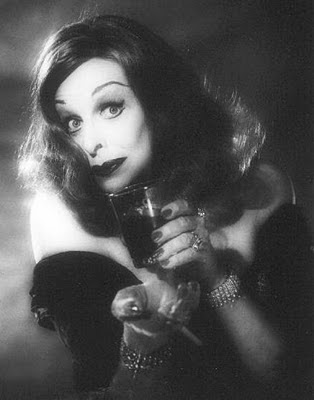 Initially playing in small gay clubs, his fame spread. He took up residence in San Francisco, California, where his act became very well-known to Hollywood stars. As he toured, his costuming became more elaborate, initially adding small props, later full costume and makeup changes. His imitations were imitated by other female impersonators, and his roles included Bette Davis, Mae West, Tallulah Bankhead, Gloria Swanson, Carol Channing, Katharine Hepburn, and Joan Crawford, which became the drag queen canon. His act was centered on wit rather than accurate mimicry, though it was often said that he looked more like Joan Collins than did Joan Collins herself. 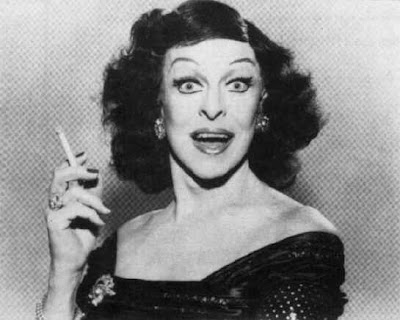 He was a guest actor on an episode of TV's Wonder Woman and played a cross-dressing villain in an episode of Laverne & Shirley. Pierce also appeared on an early episode of the hit 80's TV sitcom Designing Women as a steward on a cruise ship. During the episode, he imitates Joan Collins and Bette Davis. As Davis he quips: "Was that Joan Collins hustling the tables? One bitch on this boat is enough!"

Charles with the fabulous Craig Russel. 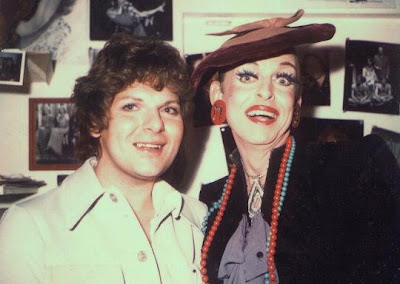 He died in North Hollywood, California, aged 72, and was cremated. His ashes were interred in the Columbarium of Providence, Forest Lawn - Hollywood Hills Cemetery in Los Angeles, California. In Bea Arthur's Tony Award-nominated one-woman show, Just Between Friends, which she played on Broadway and in London's West End, Arthur performs Pierce's favorite joke, A Mother's Ingenuity. It can be heard in the CD soundtrack.