Man and His Boy-Toy 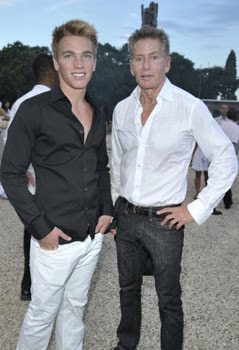 Meet Calvin Klein’s new boy toy, 20-year-old Aaron Skyline. No, that’s his porn name. Nick London? No, that’s his Model Mayhem profile name. Nick Gruber is it. Have you seen this news article? Well it broke the last week of August. Now, I don't know about y'all, but I'm all for a sugar daddy, but at least from the same century!!! Good Gawd! Nick is 20 and Calvin is 67! That's like a 47 year difference. Well, I guess this must be why there as been extra flair and freshness to Calvin's new fall line. Meanwhile blond cutie Nick Gruber has packed himself into Jockey undies for a campaign, and some pretty tasty shots with hunk photographer Rick Day. 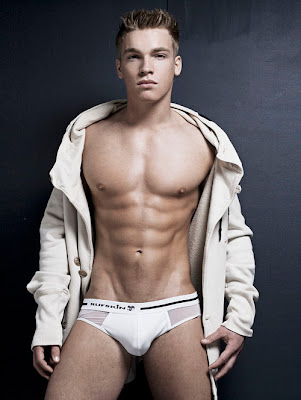 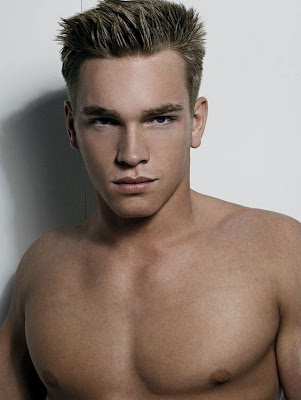 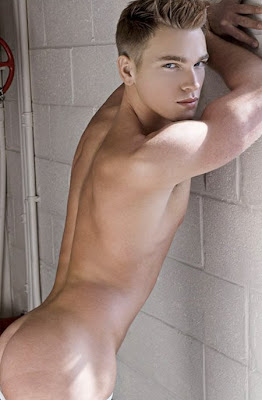 Based on his work last year for Next Door Male, he also enjoys solo scenes in the woods, five-ways with all guys and some one-on-one action with women. Yes, he bangs the women as well as the men. Versatile, indeed! Well Mr Kline, I say if the parts still work, you go girl!!!!! What do y'all think of the Calvin and his Boy-Toy?
Posted by Mistress Maddie at 8:28 PM

Email ThisBlogThis!Share to TwitterShare to FacebookShare to Pinterest
Labels: hunks, Items of intrest